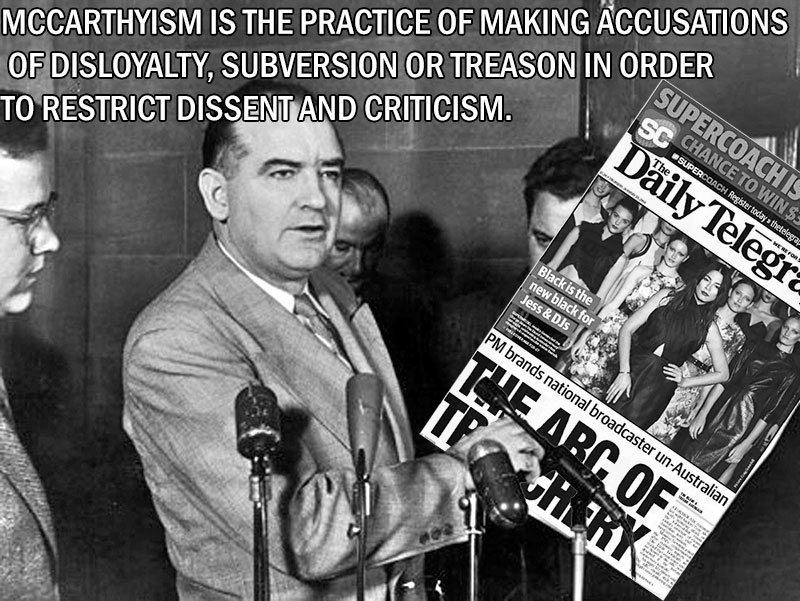 Politicians are free expression chameleons. Regardless of their political colours, they are inevitably staunch advocates of a free media and the free flow of information while in opposition.

When they win government they tend to shut down criticism and negative press by implementing policies and passing laws to limit scrutiny.

We saw this happen in Australia this week Prime Minister Tony Abbott’scriticisms of the Australian Broadcasting Corporation on the eve of his government’s announcement of an‘efficiency study’ on the independent national broadcaster.

Less than a year ago, the former Gillard Labor government’s proposed media regulations which risked journalists and media organisations being shackled by a new privacy bureaucracy.

Less than two years ago theFinkelstein Report had journalists potentially being jailed or fined for disobedience of its proposed regulatory regime.

At the time I blogged about the potential implications of the Finkelstein recommendations (The Drum: ‘Media Inquiry: Be Careful What You Wish For’) and then communications minister Stephen Conroy’s poorly named News Media (Self-Regulation) Bill. [Also see my commentary in The Conversation putting all this in an international media freedom context.]

Those proposals arose in a highly politicised context where the then government believed some media outlets were biased against them.

The new Abbott conservative government – despite having opposed those reforms under the banner of press freedom – now seems to have adopted the public soap box and budgetary strategies with the ABC directly in its sights.

Prime Minister Abbott used a populist radio program to label the ABC ‘unpatriotic’ following the broadcaster’s publication of claims by asylum seekers that they had suffered burns during an Australian navy operation. [Well detailed by former ABC Media Watch host Jonathan Holmes here in The Age.]

In the same radio interview Mr Abbott criticised the ABC’s reportage of the Edward Snowden NSA leaks, including the revelation that Australia’s spy agency had secretly tapped the phones of Indonesian president Susilo Bambang Yudohoyono and his wife in 2009. He questioned the funding of the ABC’s FactCheck Unit which a few days earlier disproved his claim asylum seekers who alleged mistreatment by the Navy were breaking the law.

His criticisms came only hours prior to the Minister for Communications Malcolm Turnbull announcing an “efficiency review” of the ABC and its sister national broadcaster SBS (Special Broadcasting Service). The review will be looking for cost-saving measures in the lead-up to the May budget.

Reporters Without Borders has a long history of dealing with governments that demand national broadcasters be more patriotic in their coverage under threats to withdraw funding. But these cases rarely occur in Western democracies with a relatively high media freedom ranking. (Australia’s was 26/179 in 2013).

A free news media and a truly independent national broadcaster should be neither patriotic nor unpatriotic – such calls to nationalism are anathema to genuine truth-seeking and truth-telling in society.

An independent national broadcaster is not the equivalent of the marketing arm of a large corporation.

The ABC’s reportage of both the asylum seeker allegations and the spying scandal is understandable given the Australian Government’s policy of withholding information about the fate of asylum seekers who have attempted to reach Australian shores by boat.

The Australian Government’s policy of refusing to provide the media with details of such operations and in limiting media access to detention centresdeprives Australian citizens and the international community of important information on a key human rights issue.

When journalists are deprived of basic information they are within their rights to publish serious allegations like those of the asylum seekers who claimed to have been injured at the hands of Australian defence forces, particularly if government sources are refusing to offer information about the circumstances.

They are simply reporting the truth that the allegations have been made. Authorities and other media or citizen journalists can set the record straight with evidence if the allegations are unfounded.

It is quite different from false allegations about an individual citizen – where that person could sue for defamation.

There is a policy reason large corporates and government entities like the Navy cannot sue for defamation over such allegations: in a democratic society such assertions deserve circulation so citizens can weigh their credibility.

Even if ultimately proven false, the allegations of mistreatment of asylum seekers had an element of plausibility when made because the Australian authorities – including the Navy, national security agencies and the border protection regime – had ‘form’.

It may be unpatriotic to say this, but documented incidents suggest it would be naïve to give Australian governments (of whatever persuasion) and agencies the benefit of the doubt in such situations.

They include (at the very least):

The free flow of information is crucial to the democratic standing of a country like Australia. Such attacks by political leaders and calls for patriotism are what we expect from nations ranking much lower on RSF’s World Press Freedom Index.

The Australian Government should direct its energies to improving the free flow of information in society and granting better access and information to journalists and other citizens instead of name-calling, threats of fund cuts, and bizarre calls for media patriotism.

Hear my ABC 91.7 local radio interview on the issue. 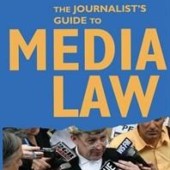