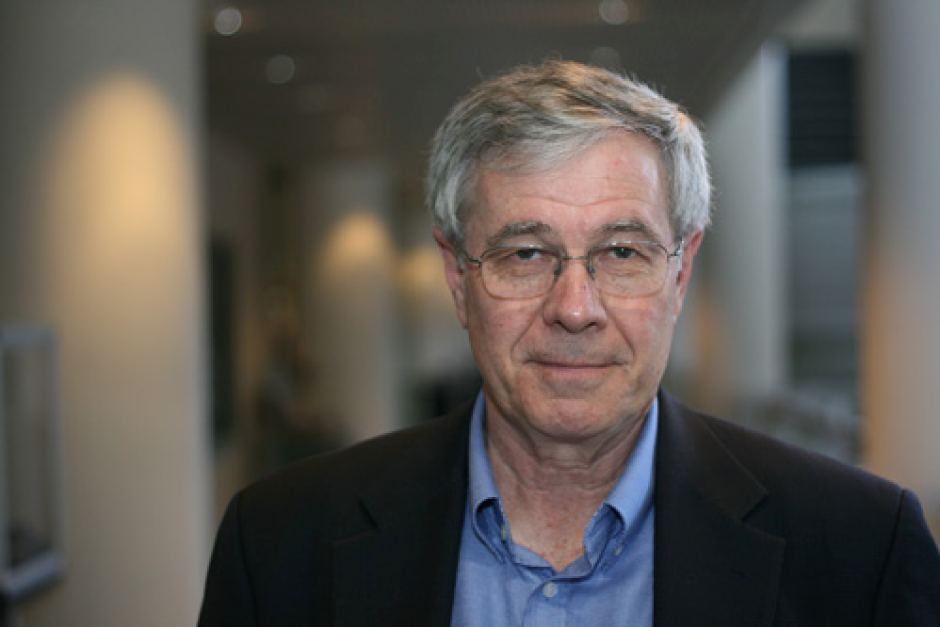 Extract of evidence from Professor Julian Disney on freedom of expression and Australian newspapers  to the Senate hearing on media reform, March 19

There are substantial problems with media standards in Australia. A number of them we have in common with other countries…

We also gather (information) from journalists as well.

Journalists tend to speak more freely, of course, one to one than they do in broader discussions about what they see as problems within the media. The problems include distortion and suppression of key facts and opinions; confusion of fact and opinion; errors of fact, especially online due to excessive haste in posting material and inadequate corrections of those errors; invasion of privacy, particularly through the use of photographs taken from a distance. Some problems, of course, in any profession or industry, are inevitable. I do not think it should be a surprise that there are some. The level is higher than it should be and I think it is a significant problem that needs to be addressed.

On the other hand, we need to bear in mind that it is true that the media, and journalists in particular, many of them, if they are to be effective and if they are to serve the broader public interest in access to information and free expression of opinion, do need to be from time to time somewhat aggressive, somewhat unruly. One should not seek perfection in this area. Indeed, if one did seek perfection, it would be at a very high price.

Having said that, there is a substantial problem that needs to be addressed.

If they are given an occasional example to express their views but that is overwhelmed by a very extensive coverage of the other view, then again their freedom of expression suffers.

So media standards, good media standards, are an essential element, for a number of reasons. One of them is, in fact, genuine, wide-ranging freedom of expression. The Press Council has a very important role in this, a very demanding role. We can never do it to my satisfaction, and there are many issues which one should not look to the Press Council to solve anyway. There are other aspects of society in a democracy which must address them. We must always have realistic expectations of a press council.

But we need to do a lot better. That was one reason why I agreed when I was approached to chair the council. If I thought the council had been going fine, I would not have gone there. I thought it did need to be improved. With support from a range of different interests, we have started to improve it… Quite a lot of progress has been made but we are still moving too slowly in our handling of complaints.

We are making progress.

I want to finish with two important strengthenings that we need to achieve and then comment very briefly on the bill. The first strengthening is—as Mr Finkelstein asked of me at the inquiry, but at the time I said perhaps we should do it another way—

we now definitely need to be able to institute our own investigations without waiting for a complaint. There are far too many instances. We have one in chapter and verse where a very strong-minded, almost pugnacious public figure has declined to bring his complaint to us because he believes that it will only make the situation worse, that he will be discriminated against more fiercely by the newspaper in question. This is a view expressed to us frequently…
I have seen some very bad abuses in the last few weeks where we have had no complaint and yet I know, in fact, the people were concerned about it but thought it would just make it worse if they complained.

We need to have the ability to initiate our own investigations, to ensure that the strengthening that we have undertaken is, firstly, taken through to its fruition, because it is mid-path; secondly, entrenched, not subject to subsequent withdrawal or erosion; and thirdly, if need be, we strengthen ourselves further without having to wait for a Finkelstein inquiry…

CHAIR: I just want to raise one practical example of the work of the Press Council and get your comments about the weaknesses that may still be there. You would be aware of the article by James Delingpole, ‘Wind farm scam a huge cover-up’. This was in the Australian on 3 May. Basically organisations were compared to paedophiles. Are you aware of that article?

CHAIR: The Press Council then made a determination on certain aspects of that article. That is adjudication 1555. You did that in December 2012. Then, following your adjudication, in which you upheld some of the complaints, the IPA issued a press release saying that your ruling shows a threat to free speech. I would ask you to comment on that, but let me get the whole context in. On 21 December James Delingpole again published in the Australian basically restating the positions that the Press Council had said were unacceptable and the Australian printed it anyway. Then the Australian in an editorial defended Delingpole’s article on 21 December lamenting the loss of free speech. Then on 22 December some of the paedophile issues were again raised in an article by Christopher Pearson. How can anyone have confidence in the rulings of the Press Council if the Australian treats them with such a cavalier approach in this regard?

Prof. Disney: That is a matter of concern to us and it is a matter that I have raised with the council. There are other examples that you could have given as well.

CHAIR: I thought that one was enough.

Prof. Disney: I have raised that with the council. All I would say about that is that the first step for strengthening the council is to be rigorous in our adjudications—that is the first thing—and to have said that was wrong. The second step is to try to get adequate coverage for that, which we now do. We get our adjudications very prominently published. That has been a big step.

The third—and that is what I alluded to when I began this afternoon—is to avoid misrepresentation, even within our members’ journals, about what we have said, and that is a worry that I have raised and will continue to pursue. The fourth is to avoid repetition of the problem. That, again, is something that we are just going to have to try to continue to push for. So I am not satisfied with where we have got to, and the example that you gave is one reason that I am not satisfied…

CHAIR: I am not sure if you paid any attention to the Institute of Public Affairs media release on the day of your ruling. They describe themselves as ‘Australia’s leading free-market think tank’. We just had them here; if they are the leading free-market think tank, we have some problems here. They said that the Delingpole Press Council ruling shows a ‘threat to free speech’. Do you have any views on that?

Prof. Disney: I suppose—not that I particularly want to base it on the Delingpole one, because I do not see that case as actually the strongest example of what worries me. What he said in that case—I see things worse than that most weeks, frankly.

So I don’t want to base it on that one. But that was really at the heart of what I was alluding to when I said that freedom of speech and freedom of expression is eroded when people’s speech is misrepresented. That means in effect they have no voice, so if people are misrepresenting—adjudications in our case—if they are misrepresenting what other people have said, then that is denying them effective freedom of speech.
But, also, if they are engaging in—and I am not particularly putting this at the door of the IPA, and not particularly directed at the Press Council; there are others—vitriol, intimidation, character assassination, that is an abuse which has a number of weaknesses but one of them is that it actually inhibits genuine freedom of expression.
By ‘freedom of expression’ we mean freedom of expression for the whole community as much as we can achieve, not freedom of expression for a certainly privileged group who have access to mainstream media and whose views accord with the views of mainstream media. It means freedom of expression for all of us as best we can, and that in turn means that, as with any freedom, we have to accept some limitations on it in order to provide a reasonable degree of freedom for others. This notion of absolute freedom is highly out of date and highly inaccurate as a real definition of freedom. Absolute freedoms destroy freedom. That is well known across a wide range of areas. To distort, to provide people with unreliable information, to excessively abuse and intimidate, is amongst other things an attack on freedom of expression.
View this document on Scribd