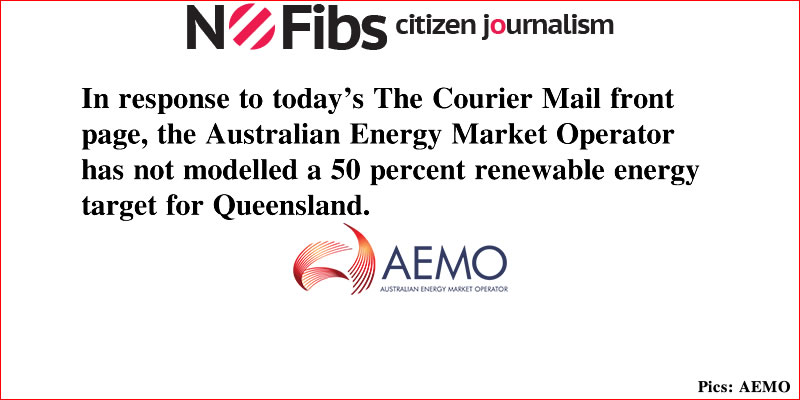 The Courier Mail claims of Queensland power station closures and blackouts under question. 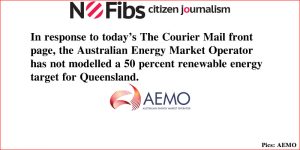 NoFibs has received a statement from the Australian Energy Market Operator on claims made in today’s The Courier Mail that, Research says ALP’s renewable energy target will force closure of coal-fired power stations.

Steven Wardill wrote that, “Annastacia Palaszczuk’s renewable energy target will force the closure of coal-fired power stations, increase the risk of blackouts and cause dividends to dry up, new analysis has revealed. Research conducted for the Australian Institute of Progress warned the cascading closure of coal plants would begin from as early as next year under Labor’s plan for 50 per cent renewables use by 2030.” 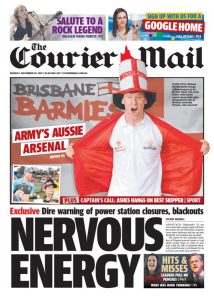 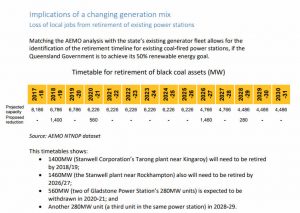 On his Linked-in account, Mr Pavetto lists experience with such organisations as Queensland Sugar Limited, LNP candidate for federal electorate of Kennedy, spokesperson for The Alliance of Electricity Consumers and other policy and consultancy roles. Mr Pavetto also stood for the LNP in the federal seat of Kennedy against the incumbent Bob Katter at the 2016 federal election.

University of Queensland economist John Quiggin posted on twitter that the AIP was a LNP outfit.

In a separate report released today, Australian Chief Scientist Alan Finkel said renewables could reliably contribute 50pc to the power grid and that Australia risks missing global growth in the industry of energy storage because of the nation’s policy uncertainty.