Tom is 19 and a first-time federal election voter. After completing school in 2017 he worked for a year doing whatever came his way. He is now at university, studying media and communications in the politics stream, and working nights on weekends at a pub. He will vote in the inner metropolitan seat of Macnamara, in Melbourne. Macnamara is the new name for the traditional Labor seat of Melbourne Ports.

Tom has kindly agreed to answer some questions about the upcoming federal election. With no assumptions as to his knowledge about the current political arena I began by asking him if he knew who the current Prime Minister and the leader of the opposition were.

“SCOMO!!! How could I not know who the current Prime Minister is? It’s hard to get a gauge on what he’s really like, especially not having listened and studied him since he’s been PM. What I can tell of him is that he seems like a very normal bloke, you know, goes to the footy, cricket, gets around locals and has some sort of a sense of humour that is not the typical one of a politician. The leader of the opposition is Bill Shorten who seems to fit my idea of a politician: boring, forced sense of humour and engages with people as if it is scripted. Apart from this he doesn’t seem to be a bad bloke, just kind of dull.”

What do you know about the candidates in your electorate?

“To be completely honest, I couldn’t tell you the candidates for my electorate if I tried, I wouldn’t know them from a bar of soap. As a matter of fact, the only local politician that I would recognise is David Southwick, as he ghosted me on Instagram, followed me in order to gain me as a follow, only to unfollow me when that objective was complete. Fair play to him because now I know who he is, so that plan actually worked, but he’s part of the state government. In regards to my electorate in the federal election, I would know some names and faces, but wouldn’t be able to put the two together off the top of my head.”

So tell us what you really think

In Tom’s final year at school he studied global politics, a subject he found very interesting but very demanding of time. However, he agreed to give up his last mid-term break before exams to travel to Canberra to watch democracy in action.

“My visit to parliament was unreal, walking into this massive building and being greeted by Cathy McGowan’s assistant, who took Mum and myself to see Cathy. We went down and had lunch with Cathy and a few of the people in her office in the ‘politicians’ cafe’… a very strange environment seeing politicians eating like normal people. After this we went and watched Barnaby Joyce get roasted for apparently being a dual citizen after voicing himself against other dual citizens. Viewing this, it made me realise that emotions rise high in question time and other people’s emotions are hardly looked after by one another. Quite a humorous interruption by Cathy who stood up and asked a question regarding her electorate of Indi, in which there was a quick response followed promptly by another hard hitting question to Barnaby Joyce.”

“Maybe if I got more politicians following me on Instagram then I would take more interest!”

How interested do you think your friends are in this election?

“Not at all, the only friends of mine that would be interested are those who are studying at ANU in Canberra. The rest of my friends I believe have the same views as me about politics at the moment.”

“I do know how to fill out the ballot papers, I was informed on how to do this by my mother during the state election.”

What do you know about the preferential voting system?

“The preference system eliminates the candidate with the least amount of votes and then allows those votes to be dispersed across the remaining candidates, ultimately eliminating them all until one is left standing.”

Climate, the environment and other issues

“The environment to me is a pretty large issue as it effects such great features of the country such as the Great Barrier Reef and also the exquisite coastline that we have. Although I don’t know much about taxes, it really annoys me when I get my weekly payslip and I see $107 of my $623.50 ‘taxed’. One other issue is government funding for university. Many people I know chose not to attend university because it is ‘too expensive’ and they don’t want an overhanging debt to pay off. Luckily I had not lived a life where I have been greatly effected by these things yet, but I can assure you I have witnessed suffering on all of these issues.”

Where do you get most of your news/information from?

“Facebook is a key form of news for me, along with all news websites (ABC, Herald Sun, The Age etc).”

“The only changes that I could pinpoint are the ones about the issues I previously stated. Those issues could be resolved quite easily. A great example of how easily this could be done is the recent burning of Notre Dame in Paris, in which it is estimated over $1 billion has been raised to fix this. Although Australia does not have the people who have the money to donate this amount, if they can manage to raise that much for a cathedral, I’m sure that with awareness to our environmental issues, a fair amount could be raised for the Great Barrier Reef and other national parks that are in danger.”

It’s about everyone coming out on top

At this point Tom’s older brother Ben comes in and is happy to volunteer his viewpoint. Ben, at the ripe old age of 21, is an ‘experienced’ voter having voted in the 2016 federal election and the 2018 Victorian state election. He vividly recalled how overwhelmed he was running the gauntlet of the how-to-vote card hawkers at the polling booth the first time he voted. I asked him what issues were important to him this election.

The main thing that needs to be done in government at the moment is tackling climate change and actually doing it.

“It’s about building the infrastructure because once renewables are built they can be updated/graded with ease. We need to start moving away from using coal and oil, as both using it and digging it up causes detrimental effects on our ecosystem. Although this will take time, it’s about phasing out the old to allow the new to grow.

“The next thing is to tackle living and city infrastructure. Instead of jumping around saying stuff, just get it done. And why are we still so far behind the modern world with our transport?

“Finally agriculture is increasingly problematic as we see farmers struggle with the Australian climate. The government needs to step in and warn farmers or work with farmers on how or what would be best for them to do. Instead of farming cows on land that isn’t sustainable, plant a hardy crop. It’s about setting up our farmers so that everyone comes out on top.”

The government shouldn’t be the ones coming out on top with money, they should be helping and supporting workers. Then they will come out on top.

Every vote will count in Macnamara

Macnamara is a complex seat with votes varying considerably across booths. Greens preferences got Labor over the line ahead of the Liberals in 2016, however the Greens vote came close to overtaking Labor’s. With the redistribution Labor’s margin notionally drops from 1.4 per cent to 1.2pc and the gap between Labor and the Greens is expected to reduced from 1.1pc to 0.3pc. However, the Liberal-held state seat of Caulfield — which takes in a large part of Macnamara — swung heavily away from the Liberals in the Victorian state election. Any of the three parties could win the seat this election. 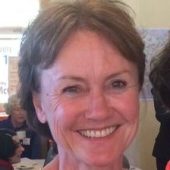