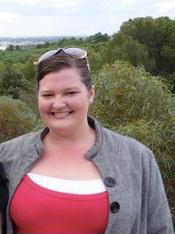 I am a political geek. I always have been. I was the kid who watched the election night coverage with my parents instead of leaving the room or complaining until they changed the channel. From the age of five (1985) until the 2007 federal election I accurately predicted the outcome of each SA state and federal election – no doubt the first few had more to do with wanting to make my Labor supporting parents happy than any knowledge or skill! Election Night is still my idea of great telly.

Some of my earliest memories are of demos (‘1, 2, 3, 4 we don’t want no nuclear war. 5, 6, 7, 8 we don’t want to radiate’), listening to intense political debates among the adults in my life and knowing that I was born on the 4th anniversary of Gough’s dismissal (at age 7 I introduced myself to him with this little bon mot).

My own politics are left of centre and would probably be closest to a Labor left stance – but I am not and never have been a member of a political party. I have been known to join a demo from time to time, but these days I mainly limit my activism to venting on Facebook and signing a petition here and there.

I am a compliance manager in the highly (and I think justly) vocational education and training industry in a private training organisation that mainly caters to the construction, mining and allied industries.

My connection to the seat of Adelaide started with going to Mackinnon Parade Child Care Centre in North Adelaide. We didn’t live in the area, but my parents worked and studied in the city and it was the most convenient venue. I then completed my education in the seat (with the exception of years 8, 9 and 10), graduating from the University of Adelaide with a BA. Since 1998 I have lived in various suburbs all around the seat of Adelaide (aside from a brief sojourn into nearby Hindmarsh and a stint back to my parents’ in Kingston). I love the area, from the beautiful suburbs full of cafes and mansions to the diverse and ever changing migrant communities in the far north of the seat. It’s my home.