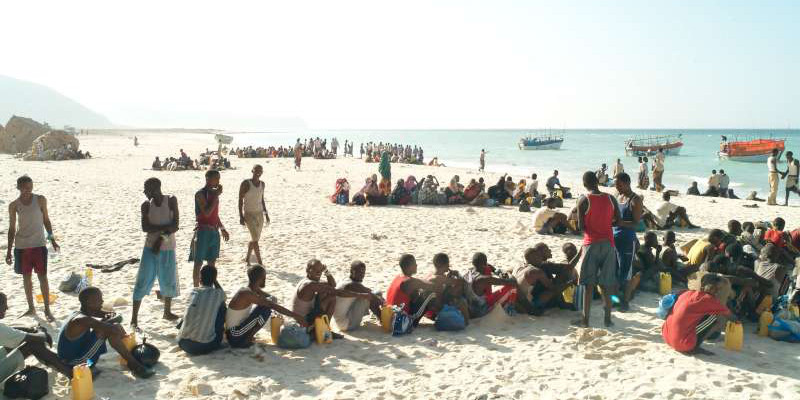 Director, sustainability at Asylum Seekers Resource Centre
Julia Jacob (JJ) is an advocate of human rights and is director, sustainability at the Asylum Seeker Resource Centre (ASRC). She is passionate about gender equality and education, an idealist at the best of times, a pragmatist at the worst. She believes the solution to poverty and lasting peace is the empowerment of women and minorities coupled with sustainable economic development opportunities. When she is not agonising about life’s injustices, she likes to relax to old school gangsta rap, American TV shows and a cocktail or two.

Since 2001 the ASRC has grown to be Australia’s largest asylum seeker organisation. With 32 paid staff and nearly 750 volunteers delivering services to over 1,200 asylum seekers at any one time through programs such as material aid, health, legal, counselling, casework and foodbank. In its first 9 years the ASRC has assisted over 7000 people seeking asylum, provided more than 1 million hours of free help and turned no one in need away. All of this has been achieved with almost no government funding and more than 95{17ac88c265afb328fa89088ab635a2a63864fdefdd7caa0964376053e8ea14b3} of our funding coming solely from the community and philanthropy. The ASRC does it all – from direct aid, welfare and medical care, to strengthening families and communities through community development, to campaigning for social change.

Cognitive Dissonance is a phrase introduced by psychologist Festinger in the late 1950s to describe the mental conflict or psychological discomfort a person feels when their beliefs and assumptions are contradicted by new information.

Human nature is such that when dealing with mental discomfort, it chooses to do one or more of the following 3 things to reduce this internal tension or dissonance;

Here are some every day instances most of us can relate to.

You go out with friends and end up having one too many glasses of red wine. Cognitive dissonance or that internal voice starts piping up. Internal voice – “You know better than to have too much to drink. You know your limit”. You deal with this by trying to rationalise your decision and making the internal voice go away. “Stop bothering me! I’ve had a hard day so I deserve this” or “I’ll run an extra mile tomorrow to compensate” or “All that extra resveratrol and antioxidants are surely good for me”.

Another example is a smoker who has trouble quitting, justifying his actions by saying “It’s just too hard” or “My dad smoked a pack a day and lived to be 95”.

These are just a few of the everyday illustrations of how people, when faced with internal tensions, choose to reduce them by justifying their behaviour (“I’ve had a stressful day so I need a drink to take the edge off”) or ignoring information that questions their core beliefs (Smokers die at least 10 years younger than non-smokers) rather than changing their belief or behaviour.

Most Australians would probably think of themselves as compassionate, fair and progressive. They believe this and I want to believe this. Except – that is not the case for the majority when it comes to asylum seekers and refugees.

It simply does not make sense. Why would a country that has a history steeped in boat people mete out brutal punishment to those that share a similar resilience to their ancestors in seeking a better, safer life for themselves and their families? Why would a smart person continue not just to believe, but in fact contribute to spreading, misinformation about asylum seekers when there is a boat load of (no pun intended) compelling evidence to prove otherwise.

This is akin to someone steadfastly believing that the earth is flat, the moon is made of cheese or Santa is real! 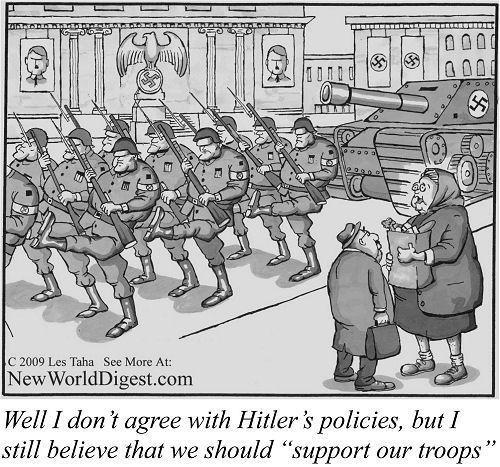 My reasoning is that many Australians appear to be struggling with cognitive dissonance when it comes to the treatment of asylum seekers and refugees. They are resisting the evidence and information that could throw their belief system into disarray and cause them mental grief. I think that many are probably thinking “For goodness sakes, I have enough to deal with as it is. I don’t want to deal with the issue of asylum seekers. Do what you need to but just make it go away”.

People seem to be opting for the simplistic and devious narrative of Scott Morrison and his minions rather than the more involved, challenging option of seeking the truth that tears at their deeply rooted (pun intended!) belief system. That’s taking the easy way out and relinquishing their decision making to someone else. I see no other reason to explain the citizenry’s extreme response to a most vulnerable group of people fleeing conflict and persecution. A large section probably feels “stopping the boats means lives have been saved.”

Even when there is plenty of evidence to dispel the most common myths about asylum seekers and refugees, people either choose to justify indefinite detention or ignore information that highlights that the Coalition is employing measures that violate the most basic human rights of asylum seekers and is operating in contravention of the Refugee Convention.

Some of the common myths and the evidence in contrast are:

And so on the list goes. See where I am going with this?

Think about this – how can locking up people, including children, many unaccompanied, be a good thing? How can spending billions of dollars in jailing people in squalid detention camps be a reasonable response? How can locking innocent people up instead of humanely processing their claims be a wise decision? How can separating mothers from their babies be a rational step?

You are kidding yourself if you believe that this government is saving people’s lives by “stopping the boats”. No lives are saved by sending people back to the very hands of those who are guilty of torturing them. In other words, you are living in, as I like to call it – La La Land.

I believe that both Liberal and Labor governments are equally guilty of political propaganda and subterfuge to create an “us and them” between “regular Australians and refugees”. 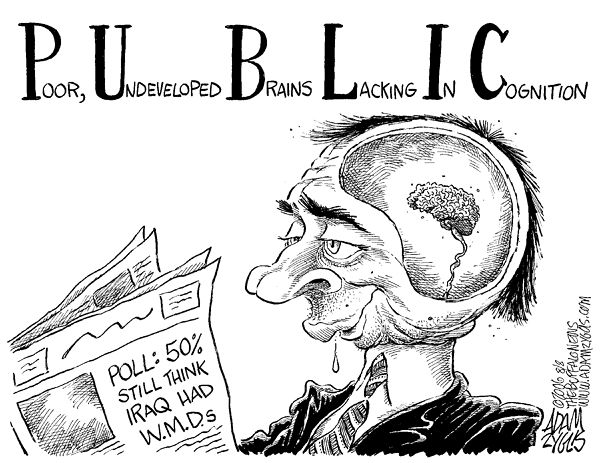 There is an invisible wall created when you choose not to read the truth. Doing that is bound to cause a great deal of discomfort. Cognitive dissonance at play? The easiest option is blindly to believe what the weasel politicians and shock jocks tell you coupled with regurgitation by mainstream media.

You choose to justify your choice because that reduces the internal tension and disharmony you feel. “I work hard and I just want to be able to go out and have a good time without thinking about asylum seekers or refugees”. “I am just one person and there is not much I can do to change things”.

But that is where you are wrong. You are powerful! You vote. You can write to your MPs. You can speak out. You can debate. You can question. You have the power and you can change things. Today.

Instead of giving up, don’t tolerate the Coalition’s (or Labor’s) Machiavellian tactics to lock people away indefinitely, or dump them on nations with appalling human rights themselves or handing them back to the very people who are persecuting them. The last action we have seen in recent days is a new low I don’t think any of us could have ever imagined possible. It is like the bizarre actions of certain countries that force a woman who has been raped to be married off to her rapist!

Let us be brave and grapple with the cognitive dissonance we feel. Have the unwavering resolve to seek information from a wide variety of sources, to learn more about the Hazaras, Sri Lankan Tamils, Syrians, Rohingyas and be determined not to be pushed into a belief by the people who shout the loudest or deflect your questions or divert your attention with distractions. This decision is one you alone can reach.

Let us call on those very same Australian values we hold close to our hearts in our treatment of asylum seekers;

Australians are a kind, caring people. I keep telling myself that I believe this. But Australia has voted in the Coalition government led by Tony Abbott and Scott Morrison who are poster boys for elitism, lies and inhumanity.

Maybe I am the one struggling with cognitive dissonance. By telling myself that Australians do actually care.  And it is the politicians and mainstream media that are feeding them with false information causing them to treat asylum seekers with so much hatred and apathy. The alternative is too painful to even consider and my endless faith in the goodness of people simply does not allow me to do so.

“I am a firm believer in the people. If given the truth, they can be depended upon to meet any national crisis. The great point is to bring them the real facts.” – Abraham Lincoln

Disclosure – JJ is not a psychologist. Just someone who cares deeply.