What country, friends, is this? Australia Day memories and #Leardblockade @ladyredjess 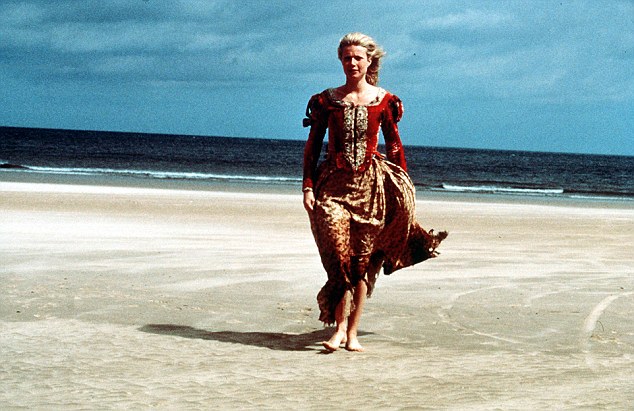 “What country, friends, is this?” asks Viola in Shakespeare’s Twelfth Night, when she finds herself in Illyria after a shipwreck. Her arrival heralds an opportunity to dress as a man, and sets in motion a trail of mistaken identities among the characters.

This phrase dropped into my head when I read recently about the blockade at the Leard State Forest. I blinked and wondered: what version of Australia have we morphed into?

Leard State Forest is an extensive patch of bush between Boggabri and Narrabri. Currently, 5 per cent of the area is mined for coal, but there are plans to clear half of the forest, which would devastate the habitat for at least 26 threatened species, drop the water table, destroy important spiritual and cultural sites of the Gomeroi, the traditional owners, and disrupt the community in which I was raised.

I grew up on a property on the other side of this forest. Initially, the farm was owned by Ivy Voss of Hughenden, who married F.G. White. My grandmother lived there with Ivy and two of her husband’s sisters during WWII, until my grandfather was discharged. F. G. was also cousin to Patrick White’s father, and his novel Voss was named after Ivy (but that’s another story).

My grandparents had three sons, and the sons fell in love and brought their wives back to the property, which was roughly 5000 acres in size (it was added to as the years went on). Each family had three kids so, with my grandparents, there were 17 of us altogether, and my cousins became like brothers and sisters. On the small bus to school in Boggabri, there were nine Whites aboard, and frequently I would turn my hearing aid off because they were making so much noise and I wanted to concentrate on my book. Often, too, I’d look up from the page and stare out the bus windows, daydreaming about getting off and walking through the dry farms and the bush. 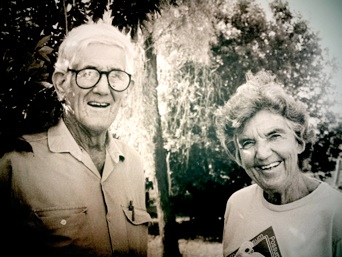 The forest began on the other side of the youngest aunt and uncle’s house. As a teen who was obsessed with running and staying thin, I once stayed with them while my parents must have been off travelling, and in the afternoons I would run along the dirt road that abutted the tangled bush. The tall trees rustled, shaking sunlight from their leaves.

On family picnics we would sometimes climb to the top of Goonbri Mountain, from where we could look down upon the forest. As a boy my father had climbed this mountain with his parents and brothers, and on Coronation Day they went up for a picnic, a picture of the new queen in a frame under my grandmother’s arm. Goonbri Mountain is now threatened with mountain-top removal coal mining.

We left the farm when I was 15, because Dad got job as an art teacher and we moved into town. I went back once or twice for Christmas, and later the land was sold to someone who then sold part of it to the mines. Now I refuse to go at all, because the mines have been carving up the country and I don’t want my childhood memories – which are the rootstock for my writing, and particularly for my novel Entitlement – to be replaced by a landscape that has been destroyed.

My childhood in the country was not only fodder for my writing, but it was also responsible for turning me into an environmentalist. I ran and I ran through those paddocks and the bush beyond them, and I came to know intimately what it was like to feel the sun beating onto the back of your neck, the way heat would gather up the smell of eucalyptus, and the thick, almost cloying smell of gum blossoms in flower. Through my parents and my aunts and uncles I learnt the necessity of taking care of the soil through levee banks; conserving rainwater; keeping the creeks clean; raking sheep poo and old straw over the gardens around our homes to nourish them – all activities that took care of the land so that it could keep on giving. Inherent in their behaviour was not just a need to produce good crops and livestock for market, but a sense of conservation, so that they could leave something for us. From them, I learnt how it’s important to conserve our world for future generations.

This is what is missing in most of the political dialogues – if they can be called that – between our leaders and Australians. Are these people not mothers and fathers and aunts and uncles too, and don’t they care about their legacies for their children? Coal is not sustainable – “anyone,” as my mother used to say, “with half a glass eye can see that”. Instead, politicians bow to greed and to short-term solutions, and wonder why no one trusts them.

The mines in the area are expected to produce 30-50 million tonnes of coal every year, which represents about a fifth of Australia’s current total annual greenhouse emissions. To create and use this coal will only contribute to climate change, which means more extreme weather events, more expensive food, and more people displaced.

What kind of Australia is this?

Shakespeare’s Twelfth Night is a romp. There’s heartbreak, but there’s also much hilarity about mistaken identity, and of course a happy ending when all is revealed. In Australia, it seems that we keep on making mistakes, but we can’t recover who we are. We think we’re the land of the fair go, but politicians’ cruelty to refugees (from both Liberal and Labor) belies this. We’re proud of our beautiful beaches and bush, but we’re content to let corporations destroy them for money that concentrates in the hands of a few. We say sorry to Indigenous people, but aren’t prepared to follow that up with meaningful, transformative action.

To me, the more I read on the news and watch our politicians, the more it seems we’re heading for Shakespearean tragedy, with none of the poetry on the way. Although there might at least be some irony present when I say, “Happy Australia Day.”

If you’d like to take action against the mines, there is a blockade this weekend, which is part of an ongoing protest organised by Front Line Action on Coal. You can also follow #leardblockade on Twitter if you aren’t able to get there in person. And use social media, and write to the newspaper – don’t forget the power of words!

First published in Jessica’s blog as On Shakespeare and Australia