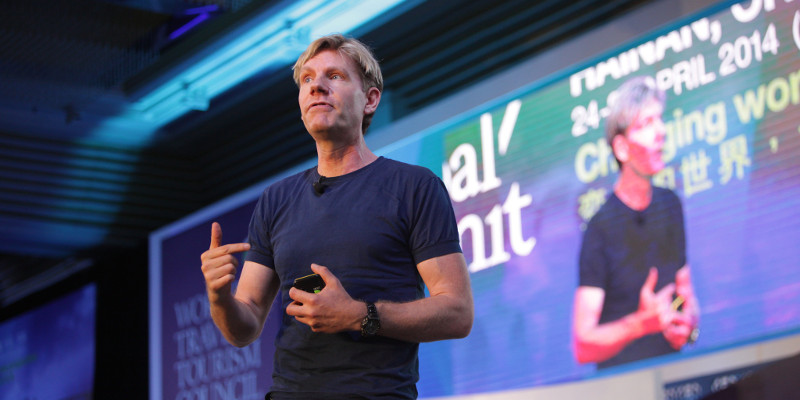 This sweet deal for statistician and climate contrarian Bjorn Limborg is likely to really piss off Australian climate scientists.

With one fell swoop the Government has alienated climate scientists, and probably a heavy proportion of other academics and the general public. The Abbott Government is funding climate contrarian Dr Bjorn Lomborg, a Danish Professor of Statistics, to establish a ‘Consensus Centre’ at the University of Western Australia at a taxpayer funded cost of $4 million for a four year period, at a time when the Treasurer is arguing we need budget constraint.

Of course most Australian climate scientists were probably already not very sympathetic to the Abbott Government with the failure to appoint a Science Minister, axing the Climate Commission (a budget saving of just $1.5 million), and cuts to science and research funding.

It has been clear for many years that 97{17ac88c265afb328fa89088ab635a2a63864fdefdd7caa0964376053e8ea14b3} of research papers say climate change is happening, and while Lomborg does not directly deny anthropogenic climate change he casts doubt on climate impacts, often cherry picks his data selectively, makes straw man arguments, and runs cost benefit models to argue for delaying climate mitigation action.

Those sensible Danes cut funding to Lomborg’s Copenhagen Consensus Centre in 2012 and Lomborg had to move it’s operation to the United States, where as a non-profit it has sustained support from conservative foundations to the tune of $1 million a year. Graham Readfearn argues that at least some of this money comes from fossil fuel sources including the Koch network, in a June, 2014 article at Desmogblog: The Millions Behind Bjorn Lomborg’s Copenhagen Consensus Center US Think Tank.

@MarkRDuckett What Bjorn Lomborg does isn't science, it's contract bullshiting for big oil and coal #auspol

He told the Sydney Morning Herald “We’re going to look at long-term issues and their consequences: pension reform, infrastructure spending, what we should do with the environment, schooling, immigration and so on. Hopefully, our research will create helpful information for policymarkers.”

The Climate Council called the appointment of Lomborg and funding deal “an insult to Australia’s scientific community” in a statement on their website.

It is just 18 months since the Climate Commission was closed down, shortly after the election, with the only reason given being the program was too expensive.

“It seems extraordinary that the Climate Commission, which was composed of Australia’s best climate scientists, economists and energy experts, was abolished on the basis of a lack of funding and yet here we are three years later and the money has become available to import a politically-motivated think tank to work in the same space.” the statement said.

If you remember the role of the Climate Commission, and now the publicly supported and funded Climate Council, was to explain the science and educate people on the science and policy options. A large part of it’s work was educative and countering scientific misinformation, and information published with an ideological agenda at deceiving people.

“Mr Lomborg’s views have no credibility in the scientific community. His message hasn’t varied at all in the last decade and he still believes we shouldn’t take any steps to mitigate climate change. When someone is unwilling to adapt their view on the basis of new science or information, it’s usually a sign those views are politically motivated.” said the Climate Council.

That time the Gov defunded the Climate Commission, then found $4 million for @BjornLomborg “consensus centre" at UWA http://t.co/88twR5z12Z

Mr Lomborg was given short shrift at Greg Laden’s March, 2015 blog: Bjorn Lomborg Is Wrong About Bangladesh And Sea Level Rise. He didn’t fair any better in a Greg Laden blog from February, 2015, either, attacking him on general climate science: Bjørn Lomborg WSJ Op Ed Is Stunningly Wrong.

And it is pure irony that the University of Western Australia is closing down the Centre for Water Research that was established by leading water scientist Jorg Imberger in 1982. It seems this centre produced an operating deficit of $3.22 million. And, yes there may be reason to modify and reform the Centre, but to close it seems absolutely bizarre.

Australia is the driest continent on earth with droughts, heatwaves and bushfires likely to intensify for much of Australia. Indeed, there has been a pronounced reduction in water for South Western Australia since 1970 according to the CSIRO and BOM. So instead of doing water research, a scientific area of great value to Australia, the University of Western Australia will now host a consensus centre peddling contrarian ideas and questionable research on how to delay action on climate change. Brilliant!

Of course there are some who knew something was in the wind when Trade Minister Andrew Robb, Julie Bishop’s climate denial minder at the Lima climate talks in December 2014, surfaced with this tweet at the conference:

Lomborg will give the Government a measure of support and academic sounding arguments, even if they emasculate the problems and priorities. The Consensus Centre will provide justification for current fossil fuel intensive energy, reduced foreign aid, reduced support for renewables and limiting climate mitigation policies. It will provide a measure of rationale to continue obfuscation and delay for facing the crisis. While it is not outright denial, it is just as damaging for avoiding the impacts of climate change we are already seeing with rising temperatures and heatwaves, rising sea levels, changing rainfall patterns, increasing intensity of large bushfires, more intense tropical cyclones and extreme weather events.

You can be sure Lomborg’s arguments and analysis will be hauled out to justify the Abbott Government climate inaction in the lead up to the 2016 Federal election. Establishing the Consensus Centre also embeds an ideological thorn for a future Labor Government to deal with in multiple policy areas. It is like the side letter the Napthine Liberal Government signed with the East-West consortium within days of the caretaker period before the election to cause maximum damage after your side loses an election.

Update 11:54am EST 18 April:
You can read the original announcement and agreement on the establishment of the Australian Consensus Centre made between University of Western Australia Vice Chancellor Paul Johnson and Bjorn Lomborg on 2 April, 2015. No Federal finance money was mentioned at this point. The announcement outlines the Centre would focus on three main projects which were listed as:

According to reports, the news of the centre came as a surprise to staff of the Business School at University of Western Australia, but conversations and negotiations between Lomborg and Johnson had been taking place for about 6 months. That is perhaps why Trade Minister Andrew Robb was so matey with Lomborg at the Lima climate talks in December, 2014.

According to the Guardian report, a spokesperson for Federal Education Minister Christopher Pyne said that the $4 million funding would be about a third of the cost of the Centre. Vice Chancellor Johnson said the University funding would be in kind and it would also seek funding from the state government and private interests.

Call for Education Minister to resign

The National Tertiary Education Union (NTEU) has called for Minister Pyne’s resignation over the funding decision. In a media statement on Friday Jeannie Rea, NTEU National President, outlined that the funding is outside the highly competitive process of research grants through the Australian Research Council (ARC) and comes at a time of budget restraint and cuts to education funding.

“This money has been found despite the government’s plans to cut university funding by billions of dollars, including funding for higher degree research students, cuts to the Collaborative Research Centre funding, and threats to cut $150m in funding for essential research infrastructure through NCRIS.

Last year Education Minister Pyne slashed $6.4m in funding in the May Budget for the HC Coombs Policy Forum at the ANU (See archived site), a forum specifically designed for enhancing policy research and cooperation between Government and academia. Now it seems this role will be loosely filled by Lomborg’s Australian Consensus Centre.

“This decision shows a complete and utter distain for our system of peer review, competitive research funding and research quality assessment, and will ensure that no one who works in our higher education system has any confidence in the Minister. It is about time Mr Pyne was removed from the Education Ministry,” concluded Ms Rea.

Dr Lomborg has also been appointed in March this year as part of a 14 member Reference Group to advise on Foreign Aid funding in a new development innovation hub chaired by Foreign Minister Julie Bishop.

This is part of steering Australia’s aid program to “aid-for-trade” and stimulate private sector involvement in poverty alleviation and economic development in poorer countries in the region. This direction has been sharply criticised by Aid/Watch Director, Thulsi Narayanasamy, who said in a statement “Without question, Australia’s aid program is being used as a promotional vehicle for Australia’s big business abroad and to promote Australia’s commercial and security interests. We fundamentally disagree that the objectives of Australia’s commercial interest and that of poverty alleviation for the worlds poorest are mutually reinforcing”.

Australia’s Foreign Aid budget has been slashed by $11.3 billion during 2014, the largest single cut to the aid program in Australia’s history.

Time will tell, but I am betting that Lomborg is likely to emphasise with a shrinking aid budget, a greater cost benefit from poverty alleviation that incidentally also offers a kick back for Australian or international businesses. Climate adaptation or mitigation programs for our South Pacific neighbours will be given a low priority, if any money is allocated at all. All this as Vanuatu struggles to recover from the devastation of Severe Category 5 Cyclone Pam made more intense by increasing sea surface temperatures associated with global warming.