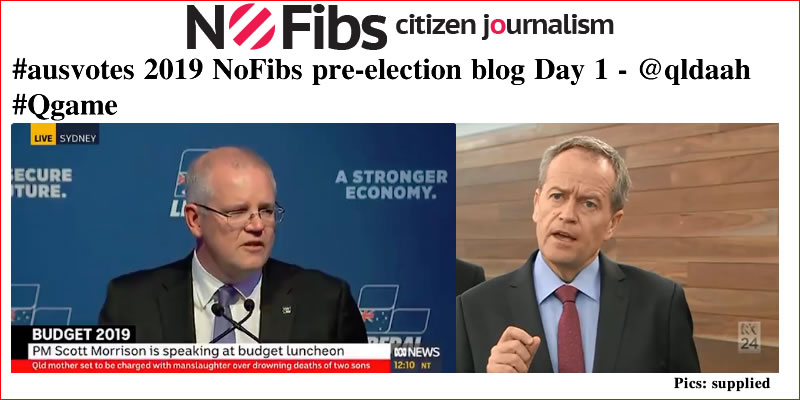 During an interview on the Kyle and Jackie O show, a question on electric vehicle (EV) recharge times led opposition leader Bill Shorten to state that it takes 8-10 minutes to charge an electric car.

Conservative commentator Chris Kenny leapt on the statement to attack the media and to declare ‘energy madness’.

Prime Minister Scott Morrison also used Mr Shorten’s comments to attack Labor and ridicule the EV market by likening the technology to toys. But he fumbled Mr Shorten’s quote by stating, ‘6-8 minutes’ instead of ‘8-10’.

However, an Australian Associated Press (AAP) report reveals that the Coalition has a similar EV policy to Labor: “Despite criticising Labor’s electric vehicle target of 50 per cent by 2030, the government is using a similar policy to project emissions reductions.” Govt admits own high electric car goal.

Tweeps wrote to NoFibs on the issue.

Derision in the News Corp ranks

NoFibs doesn’t see the pattern of front pages changing throughout the campaign. With Sam Weir as editor, it’s likely to be a repeat of the one-sided affair presented to Queenslanders during the 2017 state election. Our collection of The Courier Mail front pages here.

Adani approvals may pose a problem to election date call

Peter van Onselen reports that there may be a problem with an election call this weekend due to outstanding federal environmental approvals for Adani’s Carmichael coal mine in Queensland. The Qld LNP want it approved before the election is called but Liberals in Victoria want it left unapproved while they campaign.

Sky News journalist Laura Jayes reported earlier in the day that Matthew Canavan had threatened to quit cabinet if the mine was not approved, but it was later denied by Nationals Darren Chester.

Prime Minister Scott Morrison told the media that there was no delay with the Adani approval process and described it as, “a bit of excited reporting”.

The countdown to the election call is on. T-minus….