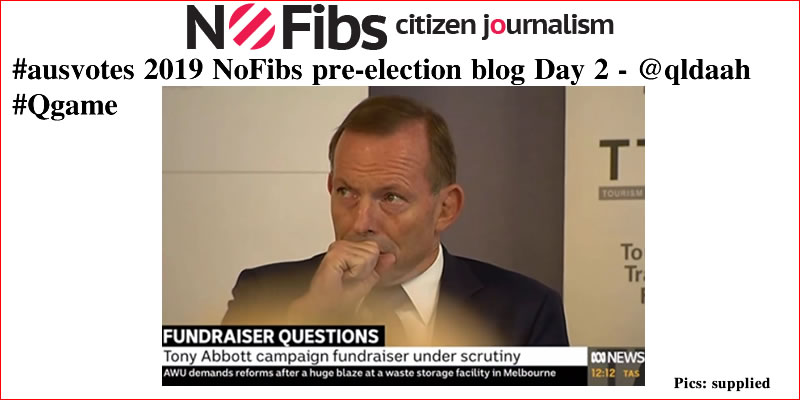 Shouting at the television and planting gardens.

Donations to One Nation.

Checking in with Mallee.

Shouting at the Television and Planting Gardens

Donations to One Nation

Normally, political donations are not disclosed before federal elections. However, the exposure of this group of donations came about because of a commitment from Queensland Premier Annastacia Palaszczuk during her first term to make available all political donations in Queensland online and in real time. Independent Queensland MP Peter Wellington and Speaker of the House, had entered into this agreement with her as part of his support for her forming government in 2015.

To see the donations, head to the Electoral Commission Queensland disclosures website here.

Matthew Doran reports that speculation continues over when Prime Minister Scott Morrison will go to the Governor-General to call the election.

“He has previously stated a poll could be held on May 11, 18 or 25 — although the first two dates appear more likely, given the pressure a later election would place on the Australian Electoral Commission (AEC) to count the votes before the constitutional deadline to return the results.” Bill Shorten says Scott Morrison is playing games with election call.

Tony Abbott responded on Twitter denying he was a Chinese ‘patsie’ (spelling it incorrectly) and was not aware of his campaign in Warringah receiving any funding.

Checking in with Mallee

Dave Lennon is reporting for NoFibs on the Mallee electorate in Victoria. Ray Kingston is the Independent candidate there and he’ll be launching his campaign tomorrow with the slogan, ‘Back the Beard’. You’re invited to back the beard! We’re launching Ray Kingston.