I blame the ABC for my initiation to Twitter. Or rather, I thank them, because the experience has been refreshing for this disillusioned ex-journo and long-time internet refugee.

I happened to be watching ABC News 24 when Tony Abbott again confronted Julia Gillard about her role in the AWU affair on the last day of sittings for 2012. He was repeating his sole claim, that she was a criminal for allegedly misleading a Western Australian government body by letter. It was a question of character, he said. She was unfit for office. However, he didn’t have the letter in question, so there was no evidence for his claim. 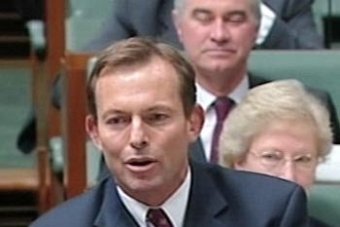 I felt nonplussed, because in 2003, 2004 and 2007 I had published strong evidence that Abbott had wilfully and materially misled the Australian Electoral Commission — also a crime.

He’d done that to avoid disclosing donors to his very own “slush fund” — the “Australians for Honest Politics Trust” — money from which was used to pursue the case against Pauline Hanson for electoral fraud. The AEC had let him let away with it through inaction and a sustained cover up. He’d also repeatedly lied to the media, which, I wrote in 2003, ensured he could never be prime minister. Yet only my former colleague Mike Seccombe, writing in the Global Mail, had mentioned the matter during Abbott’s pursuit of Gillard.

So I posted a comment on my dormant Twitter account and asked the ABC’s op-ed site, The Drum, if they’d like a piece on the subject. They said yes but when they got it they said no, so I returned to Twitter to find a publisher.

Since then it’s been groundhog day for me, except that compared to the citizen journalism I did with readers of the Sydney Morning Herald’s Webdiary from 2000 to 2005, the technology has made it so much quicker and easier! Once Independent Australia published my piece, the King’s Tribune reported the timeline of the Abbott slush saga. Twitter user @geeksrulz then created a repository for this citizen journalism project called Australians for Honest Politics, @otiose94 created a blog, and barrister Ross Bowler (@BowlerBarrister) created a Storify to archive key documents and record developments.

Several “curator” Twitter users conducted lightning fast research to unearth all relevant material, and others emailed or tweeted the AEC to find out what it did about Abbott’smisleading letter. On Twitter there seems to be a passion for getting and preserving the facts, and in independent media the youthful talent, energy and commitment to truth that makes me believe journalism has a bright future.

This is what I’ve done so far:

1. Latest tweet to AEC 4 December (unanswered): “@AusElectoralCom I’ll try again — When you learned in 2003 that Abbott had misled you in 1998 did you refer the matter to the police?

2. FOI to AEC about what action it took when it discovered Abbott had misled it.

3. Twitter question to Abbott 6 December (unanswered): “@TonyAbbottMHR In view of your recent commitment to openness re slush funds, will you now name donors to yourAFHP trust?”

I am grateful to Penguin for permitting New Matilda to publish online the key chapters of Still Not Happy, John (2007), that detail the evidence that Abbott misled the AEC, avoided transparency concerning the donors to his slush fund, and repeatedly lied to the Australian people.

This is a question of the character of the alternative prime minister of Australia. As a matter of fairness and public interest I believe it should be pursued as strongly as the case against Julia Gillard has been on the AWU slush fund.

‘Still Not Happy, John!’ is published by Penguin.

You can download it as an ebook by clicking here.