Battle of #coal vs #renewables in northern Queensland writes @takvera 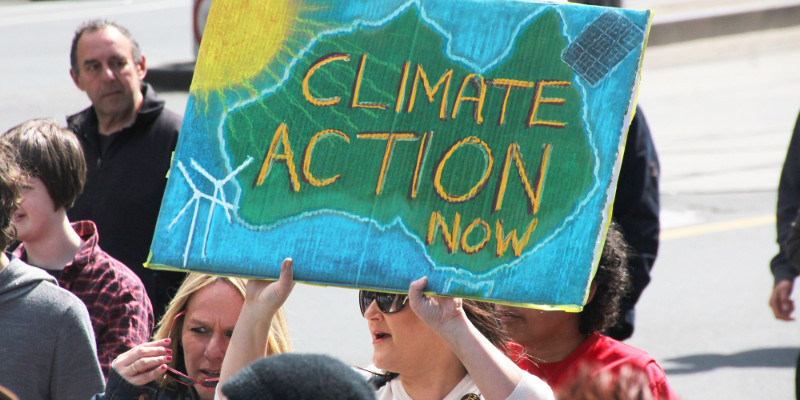 In the 2015 Australian budget $5 billion was put aside for a northern development fund. Prime Minister Tony Abbott called on Business leaders in Queensland’s north to develop a plan for a power station that could be considered for funding under this new fund.

The Federal Government would like to see something like a proposal for a 800MW coal fired power station developed in the Galilee basin to provide a ready market and add impetus to the development of one of the proposed coal mines.

Detractors of the fund have labelled it a “Dirty Energy Finance Corporation”.

“I’d be very surprised if we did not have, coming forward as a potential project under the Northern Australia fund, a power station,” Mr Abbott said.

“If there were to be a major new power station in North Queensland, if there were to be a more effective distribution network in North Queensland, that would be obviously a very important ­economic breakthrough, because power is one of the basic costs of doing business and basic costs of life. It’s very significant.” said Abbott in an exclusive interview with the Townsville Bulletin.

Of course this works in with Tony Abbott’s ‘Coal for Prosperity’ which ignores the enormous health and climate costs of continued coal mine production.

The mine proposals for the Galilee Basin are in various stages of approval and include Hancock Coal and GVK’s Alpha Coal Project, Hancock’s Kevin’s Corner mine, Clive Palmer’s proposed China First mine which is owned by Waratah Coal, and Adani’s Carmichael coal mine. The problem with all these mines is they require substantial infrastructure investment of a 300km railway lines to the coast and port infrastructure to export the coal.

At the moment electricity for Queensland’s north comes from the coal fired 1,720 MW Callide Power station near Gladstone. But the substantial transmission distances to central inland Queensland means that there are high transmission losses of up to 30 per cent.

But a coal fired power station isn’t the only option. Renewable development company Windlab have proposed a 1,300MW capacity hydrid solar and wind power station consisting of 100MW of solar and wind in phase one, then a 600MW windfarm and 600 MW solar PV farm in phase two. The Project is knownn as Kennedy Energy Park, located in the Flinders Shire, approximately 290km West of Townsville.

The site has great solar insolation for generating from solar during the day, and a fairly constant wind speed during nights to maintain power generation on a 24/7 basis. Phase 2 will require the construction of a dedicated transmission line connecting the project to Queensland’s east coast high voltage electricity grid.

The 1300MW project is estimated to have a 600MW capacity – the equivalent of 80 per cent of the region’s needs – at a capacity factor of 70 per cent.

The problem for Abbott is that the cost of a new coal power station is estimated by Bloomberg Energy Finance, as reported by RenewEconomy, at about $130/MWh and would require substantial Government subsidies to compete on price.

Roger Price, the CEO of Windlab, told RenewEconomy “We believe we can deliver nearly baseload power for a price of around $100/MWh. You are not going to build a new coal-fired generator for that sort of price.”

Perhaps this is one of the reasons why the Government has issued a new mandate to the Clean Energy Finance Corporation not to fund any more windfarms or solar farms on the pretext that these are established technologies.

As Roger Price told Renew Economy, the Kennedy Energy Park development would need CEFC finance loan as the project would be a first of it’s kind. “That is one of fallacies of the current situation. Wind farms are not all vanilla projects, every one of them has distinctive characteristics and by ruling out an asset class, it means they are not prepared to back the cheapest technology and not prepared to back innovation for this sort of technology.”

The Kennedy Energy Park is far from the only renewable project proposed for the region. According to RenewEconomy FRV is also considering a 150MW solar plant near Townsville, and Genex has proposed a 330MW pumped hydro facility in the abandoned Kidston goldmine 270km north west of Townsville, that could store excess generation at times of high wind and solar output and despatch power when needed.

Nor should the contribution of rooftop solar be neglected in the Queensland energy equation. According to the Australian PhotoVoltaic Institute (APVI) Queensland already has 28.1 per cent of dwellings with rooftop solar PV systems, with a capacity of 1,377MW and an estimated annual PV generation of 1,905,840 MWh, far more than any other Australian state. Rooftop solar is already a substantial part of the state’s energy generation technology.

In May Queensland’s Energy Minister Mark Bailey announced plans to generate 50 percent of the state’s electricity from renewable energy by 2030, and to increase solar rooftop numbers from 400,000 to one million homes by 2020. “Renewable energy has long since stopped being a fringe issue, now is the time for Queensland to make this happen,” Bailey told the Australian Solar Conference in Melbourne in May 2015 according to RenewEconomy. This was part of Labor’s state election policy taken to the 2015 state election that defeated the one-term government of Campbell Newman.

Increasing the Queensland target to 50 percent joins the South Australia 50 per cent target by 2025, with Victoria also considering a substantial renewable energy target.

During Monday’s QandA program Queensland National Party ex-Senator Ron Boswell showed his obfuscation by making the ridiculous claim that electricity prices would jump 50 per cent because of the 50 per cent renewable energy target. Giles Parkinson highlights and corrects this clunker in his article on RenewEconomy: Coalition makes it up in campaign against renewables, climate action. According to Parkinson, Warburton’s RET review revealed that the higher the renewables target, the cheaper it gets for electricity consumers.

Innovation is important and panelist Monica Bradley highlighted the importance of battery storage technology as a major game changer for energy systems. Read my article on Tesla battery launch a revolutionary energy solution for climate.

Labor’s Queensland Premier Annastacia Palaszczuk spoke strongly in endorsing the employment opportunities in the developing Queensland renewables sector on the ABC Program Q and A on 27 July, 2015.

.@AnnastaciaMP disagrees with @SenatorBossie saying this is a scare campaign. We need to be forward thinking #QandA http://t.co/qbt1Vu6Csi

Dear @LaTrioli I think you should have challenged Ron Boswell on his rubbery renewables figures better http://t.co/NQmm7rmBhc @QandA