Better ban the Bard if #SafeSchools scares you: @burgewords comments on Australia’s #NeoPuritans 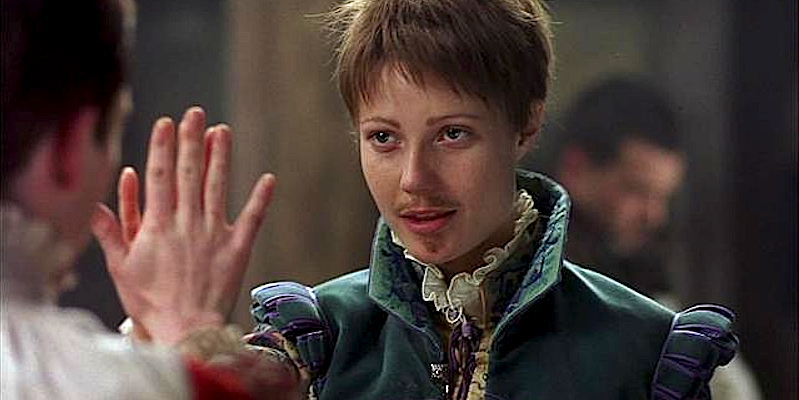 Hated by the Puritans, the complete works of William Shakespeare was firmly entrenched in the Australian school syllabus decades ago.

WESTERNERS have lived through many periods in which extreme Christians distributed anti-gay propaganda and thereby got the ear of authorities, and this month’s spat from Australia’s hard, religious right shows not much has changed in four hundred years.

It’s an old war, that between conservatives wanting to put the brakes on equality, and progressives trying to touch the accelerator.

During the reign of James I (1603-1625) in England, the fires of Puritanism were well on their way to blazing a lasting wound through societies in many continents, burning until well after the Salem Witch Trials in New England at the end of the century.

The Puritans were antsy about anything showy. They railed against the Elizabethan and Jacobean playhouses as much as they did the Roman Catholic church, with its theatre-like ceremonies and costumes.

One of their main bugbears was gender. At its very core, Puritanism called for men to be men and women to be women. Any variation was seen as a threat to stable society.

When Senator Cory Bernardi complains about the very idea that children role-play in an attempt to teach them empathy for same sex-attracted teenagers in the Safe Schools program, he could be accused of overreacting.

When columnists like News Corp’s Angela Shanahan labels Safe Schools a “radical form of sex education that promotes a fluid gender ideology,” she’s probably venting her spleen a bit much.

But when these and others, like MP George Christensen and Lyle Shelton (MD of the Australian Christian Lobby) deliberately obfuscate the program, muddying its concepts with pornography and what they label “disturbing” behaviours like penis tucking and breast-binding, the pack invective calls to mind one of the great forefathers of postmodern gender panic, William Prynne (1600-1669).

If the Safe Schools program is questionable to neo-Puritans like Bernardi et al., let’s put Shakespeare to the test and see if he should stay on the syllabus. 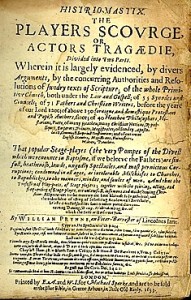 Prynne encapsulated every Puritan complaint of the millennium in his polemic Histrio-mastix: The Player’s Scourge, published in 1633 as an argument to close the playhouses of Britain.

“…sundry common Actors do usually once a day, at leastwise twice or thrice a week, attire themselves in women’s array to act their female parts; yea, they make a daily practice of it to put on women’s attire, it being inseparably incident to their lewd profession,” is just one mild quote from this extremist manifesto.

And it worked. By the English Civil War, the Puritans got their way and Britain’s playhouses were closed in 1642.

But one popular publication survived this century of censorship. First printed in 1623, and hated by the Puritans, the complete works of William Shakespeare was firmly entrenched in the Australian school syllabus decades ago.

So if the Safe Schools program is questionable to neo-Puritans like Bernardi et al., let’s put Shakespeare to the test and see if he should stay on the curriculum.

Well, on gender fluidity, Shakespeare gets knocked out straight away. Cross-dressing takes place in one-fifth of his works. Enduring crowd pleasers such as Twelfth Night, As You Like It and The Merchant of Venice see the playwright’s heroines in male attire for the bulk of the play, masquerading as young men who find themselves in comic sticky situations with heroes who are fooled into homoerotic attractions to them.

Viola, the protagonist of Twelfth Night, even goes so far as to ask a sailor to secretly loan her some clothes and present her to the local Duke as a eunuch. Presumably this entails binding any breasts that might give her disguise away once Viola discards her “women’s weeds”. 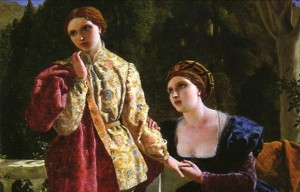 When learning about the early production of Shakespeare’s plays, students will invariably come across a great reality: all the female roles were originally played by men.

But the end of that tradition in the 1660s didn’t end the fun. For centuries, whenever women played Viola, and these actresses dressed as a young man and encountered Lady Olivia who falls for ‘him’, endless girl-on-girl innuendo has entertained many a theatre and classroom.

Yet we do not hear the neo-Puritans within government crowing about these ‘gender-bending’ Shakespeare texts on the school curriculum, and no complaints about the 80,000 school students a year exposed to Shakespeare at the hands of the Bell Shakespeare Company, in receipt of $1.28 million in federal funding announced by George Brandis in the 2015 budget.

The neo-Puritans had their chance to rid Australian schools of Shakespeare, as part of a searching and robust review into the national curriculum by the Abbott government, reported under Turnbull in January, 2016.

But the Bard survived: “…drama, its different varieties, in tragedy, comedy, romance and historical plays, from Shakespeare (as a recurring presence) to the present will be represented,” the report confirmed.

I found one submission that called for more Shakespeare, but none that alerted the inquiry to the possibility that students might encounter all manner of sexual references in Shakespeare’s plays. 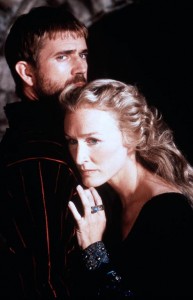 “To live in the rank sweat of an enseamèd bed, stewed in corruption, honeying and making love over the nasty sty,” says Hamlet to his mother, accusing her of adultery and not washing the sheets.

“Come, you spirits that tend on mortal thoughts, unsex me here, and fill me from the crown to the toe top-full of direst cruelty,” prays Lady Macbeth to deities that are not the Christian God, explicitly requesting gender reassignment and a nasty streak.

Like most of my generation, I studied Hamlet and Macbeth at school and was taken to many productions. We read and role-played scenes from Shakespeare, but we were left to interpret the diversity for ourselves, probably out of prudishness more than any Puritanism.

“All Australian students deserve access to a world-class curriculum that encourages diversity and which allows schools flexibility over how it is taught,” the curriculum inquiry website leads off with, like an over-arching mission statement.

With Safe Schools now under serious attack, it seems the very meaning of ‘diversity’ and ‘flexibility’ is also up for grabs.

But William Shakespeare, creator of more than 1700 words in the English language, and many a figure of speech, left us with a saying that can be used when answering over-zealous critics of sexual diversity.

It’s a line from Hamlet, perfect for when someone vehemently attempts to convince about something where the opposite is true.

About your trashing of LGBTI dignity, Cory, George, Lyle and your chums, I say: “The lady doth protest too much, methinks.” 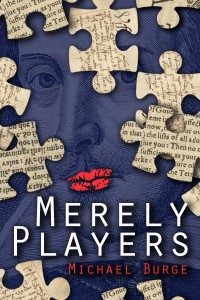 Michael Burge is an Australian journalist and writer who publishes at burgewords.com. His literary non-fiction debut ‘Merely Players: Acting like Shakespeare really matters’ is available in paperback and as an eBook from online booksellers, including Amazon UK Amazon US and Amazon Australia.