Bishop v Indonesian Ambassador Kesoema. Who said what and who is lying? 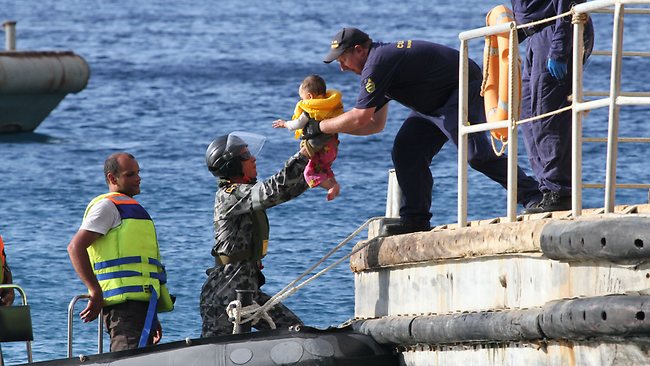 What the Indonesian Ambassador said about Coalition’s turn-back-boats policy:

But he said asylum seeker boats should be turned back to other countries, not to Indonesia.

“Indonesia is a transit country and also the victim of this situation. I think it’s not possible for the coalition to say that it has to go back to Indonesia because Indonesia is not the origin country of these people,” he told reporters in Canberra on Friday.

“No such collaboration will happen between Indonesia and Australia (to) bring back the people to Indonesia.”

Although the coalition policy has been on the table for a number of years, Mr Kesoema said it had never been discussed with Indonesia.

“I don’t think that this issue will be aired by Mr Abbott,” he said. – AAP

Below is a collection of tweets establishing the discrepancy between what the Ambassador said was discussed in meetings between the Opposition and Indonesia and what Ms Bishop is on the record of saying. One of them is lying. They can’t both be right. Judge for yourself.

Tony Abbott ‘a mouse in Indonesia’