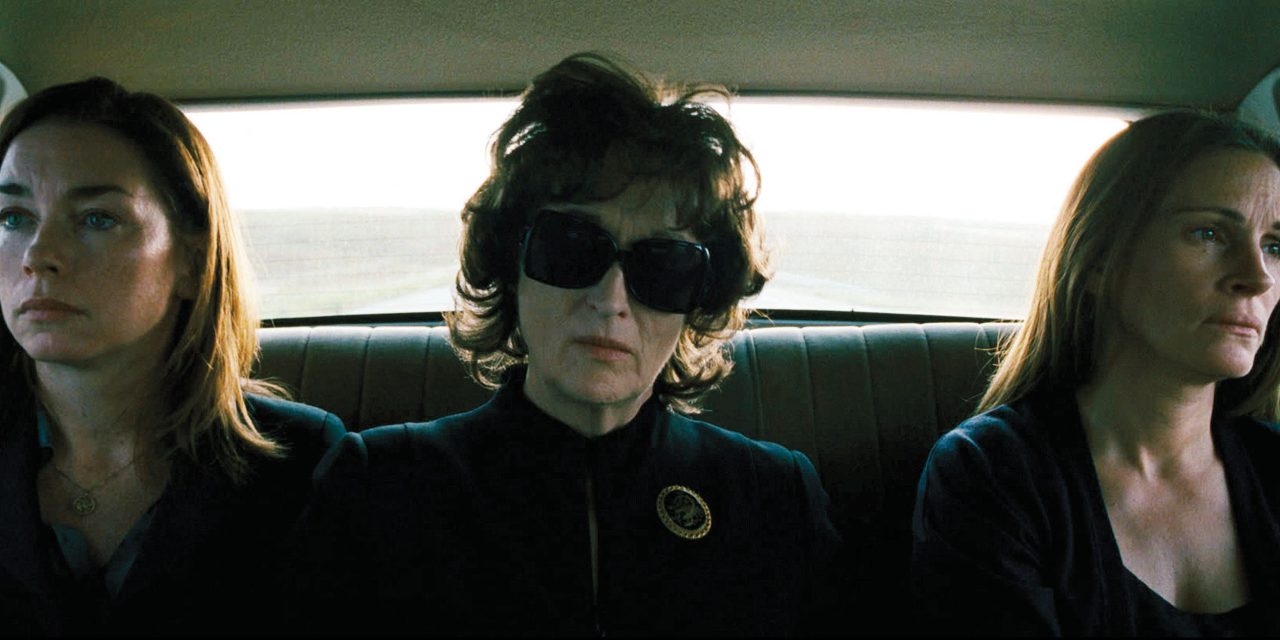 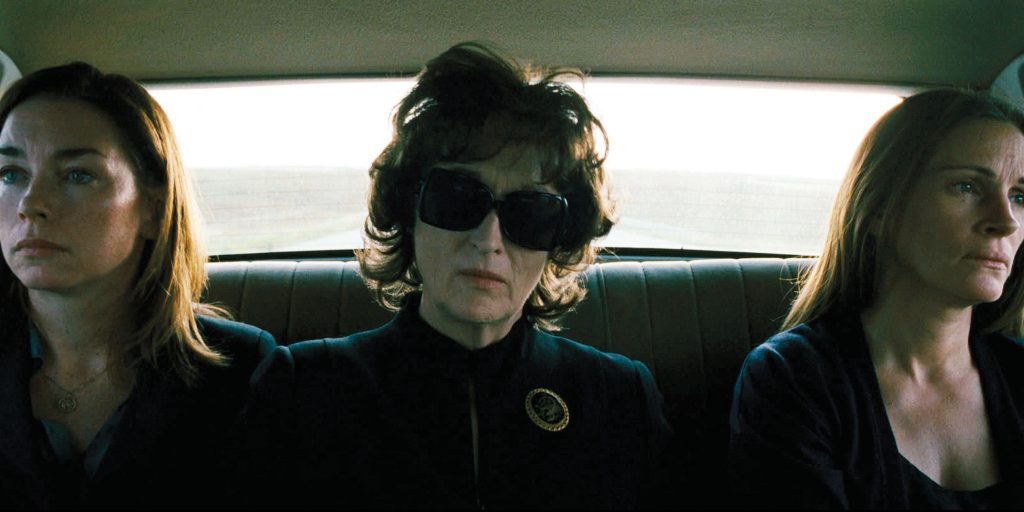 Six decades ago, great American playwrights like Arthur Miller, Eugene O’Neill and Tennessee Williams only ever alluded to addiction, sexual diversity, mental health and suicide, or portrayed them in the hands of villains who always ‘got it’ at the end.

These days, there’s a growing number of storytellers courageous enough to begin where their antecedents left-off, helped by more relaxed censorship laws and a broader understanding of the human condition.

Tracy Letts’ play, and now screenplay, August: Osage County, is one of those, and has already become a benchmark in 21st century storytelling.

Not one character, not even Streep’s, could be described as either purely hero or villain.

There are no spoilers in revealing that Violet Weston (played by Meryl Streep) opens this film with a frank revelation of her pill popping and her mental maladies in the kind of scene Eugene O’Neill could only have dreamt about including in Long Day’s Journey into Night (published in 1956).

Streep marks out a battlefield within a crumbling, overheated Oklahoma country house, and proceeds to destroy every member of the family who steps inside it in the wake of the disappearance of her husband (played by Sam Sheppard).

With a sister, three daughters, their partners, a Native American housekeeper and a granddaughter, she has plenty of adversaries, and she goads them until they all bite ferociously back.

Just who takes it up to her, and why, is the story of this film, revealing the life changing consequences of staring-down and surviving addiction.

It’s a bitter conflict, with violence, assault, and enabling wrapped into every scene. Letts’ greatest achievement is that not one character, not even Streep’s, could be described as either purely hero or villain.

They are all as bad, and as good, as one another, an unthinkable concept in 20th century drama, where every protagonist had to battle with their equivalent antagonist, so that the audience knew who to barrack for, and who won or lost.

On this score, it’s hard to know if August: Osage County is a comedy or a tragedy.

Streep has never climbed higher in an entirely convincing portrayal, a tribute to her risk taking. It will be hard to topple this performance, which spills off the screen like vomit.

Yet Violet has grace. She has you hating her and sympathising with her in turns, never revealing anything ultimately honest, yet claiming to be the “truth teller” of the family. Nothing about Streep’s Weston is absolute, apart from her total inability to be saved.

Julia Roberts as Violet’s eldest daughter Barbara wears the family angst as a barely concealed boxing glove which she is not afraid to wield. There is little that can be said about the role and the performance which will not reveal the plot, just know this is Robert’s most controlled, and most out of control performance.

In the midst of the family intrigue, it’s easy to forget the isolation and hardship of the American heartland (and remote communities everywhere), but Letts reminds us now and again that we are not in the city, we are in dangerous country, stolen from Native Americans, fought over by settlers, and reminisced in the poetry of Violet’s husband.

This is a universally rural story about the experiences of rural souls, those that escaped and those who got left behind. In the final scene, with Julia Roberts caught at an emotional crossroads, this reality becomes a painful reminder of what can go wrong when great, unsustainable dreams are created in farming regions.

August: Osage County is a heartbreaking elegy to all broken heartlands and the souls they failed to nurture.