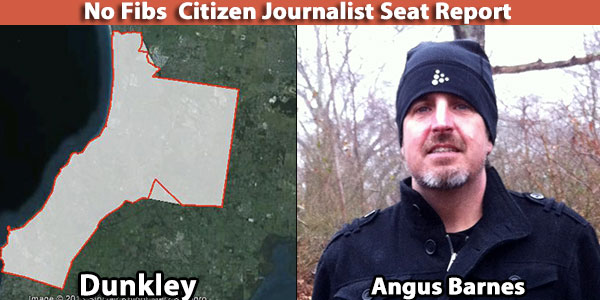 The electorate of Dunkley was formed in 1984, and named after Louisa Margaret Dunkley, a trade unionist and campaigner for equal pay for women.  These beginnings align with a common perception of Frankston as a blue-collar city.

The left-leaning electorate changed in nature in 1996 when the blue-ribbon Mornington suburb in the south was transferred in to the electorate in exchange for the northern Labor stronghold of Chelsea. Since then Dunkley has been held by Bruce Bilson, the Liberal Party sitting member.

The contest Dunkley is well in train, with a 1{17ac88c265afb328fa89088ab635a2a63864fdefdd7caa0964376053e8ea14b3} margin an incentive to make this a Labor target, particularly following improved polling since the re-emergence of Prime Minister Rudd.  There is enough interest to justify an early campaign visit from Mr Rudd last Friday to a school in the marginal suburb of Langwarrin.

Less high profile was a visit by former Prime Minister Howard the previous week to launch the sitting member’s campaign.  Mr Billson was a rapid riser under the Howard Government, initially as Parliamentary Secretary for International Development under the Foreign Affairs portfolio then Minister for Veteran Affairs.  He is the Shadow Minister for Small Business, Competition Policy and Consumer Affairs.

• $1.25 million for the Frankston foreshore revitalistion

Labor’s candidate for Dunkley, Sonya Kilkenny, is a commercial lawyer who highlights her work with the non-government and not-for-profit sectors.  Her first commitment was $120,000 for new lights at the Peninsula Strikers Football Club.

These promises are yet to hit the news.com.au list of candidate promises.

At the time of writing there are also four other candidates representing the minor parties (Australia Greens, Palmer United Party, Australian Sex Party and the Rise Up Australia Party, who potentially can inject some diversity in thought into the local debates.

I’ll have more on each candidate later based on interviews, since my interest in undertaking the citizen journalist role for Dunkley is partly driven by curiosity about what inspires these people to throw their hats into the political ringmand what their visions are for the electorate they aim to represent.

The last point indicates another reason I am motivated to write about this election – to better understand the place we live in. I am a blow-in – we have lived in the region for six years, and it’s been three years since we relocated to Seaford in the north of Dunkley.  When I think of the positive changes that have occurred in this time, all of them are catalysed by State or Local Governments or the private sector.  What influence does the Federal Government really have to change places?

Another reason I’m exploring this election in more detail is because of the frustration I feel about politics in Australia, particularly at the Federal level.  Presidential style-campaigns, bland debates, repetition of broad, detail-less policy heavily influenced by polls and focus groups and a lack of leadership all seem to be increasingly the norm. I wonder if the political system is spinning wheels trying to feed the impatient, high-paced, media-hungry contemporary world and losing touch with more longer-term thinking that actually drives our futures.

I would be happy to hear peoples views.