Farmer Ros Druce was born at Narrabri, and has lived at Maules Creek ever since, except for a short time in Dubbo between 1999 and 2006. She comes from a third-generation farming family. She, her father, and her children all attended the local ‘Fairfax’ school that celebrated its centenary in 2010. “I am passionate about this Maules Creek district where both of my parents grew up, where I was born and my children were born,” Ros says. 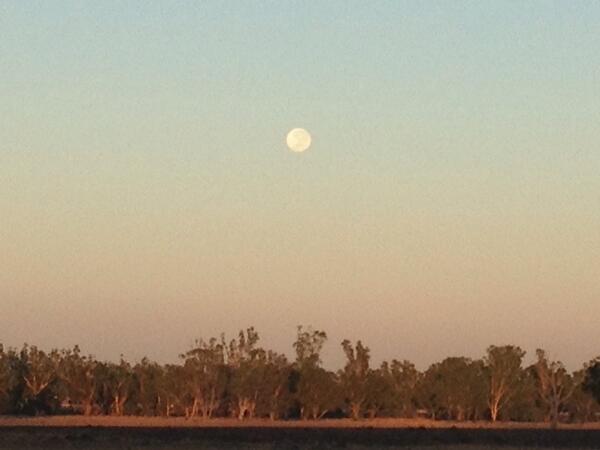 What’s all the fuss about the Leard State Forest?

Well, it’s about a public forest that belongs to the people, both the traditional owners, the Gomeroi, and all Australian people.

Ultimately the coal will be shipped overseas along with most of the profit, leaving a hole in the ground exceeding a depth of 390 metres.

These two companies have already purchased many of the local farms surrounding the forest, meaning these farms are now ‘foreign’ owned productive agricultural land that will no longer be productive farming land.

These farms were purchased by the companies for offsets to replace the Leard State Forest critically endangered White-box grassy woodland, and habitat for the vulnerable and endangered fauna that lives in this very old forest.

These farming properties are no longer in the hands of the Australian people.

These farms were purchased for two reasons: offset value and water licences.

An offset means that it must replace the same type of vegetation that is being cleared, and it must be equal to or better than the existing vegetation and habitat. An independent report has been undertaken regarding the offsets, and it should be made public, but the ‘powers that be’ have be hanging on with both hands to this report and will not disclose it.

This forest cannot be replaced, no matter how hard the mining companies try to convince the government that they have offsets to replace this forest, there just is no ‘like for like’, and that is why the people who care have taken it into their own hands to protect this forest, until the mining companies admit that they provided false and misleading information to government to gain approval for the Whitehaven project and the Idemitsu extension.

And the ‘fuss’? Well that’s about many long term locals and other environmentally aware people from all walks of life and of all ages, from 20 to 91 years old. There have been families with children as young as 2 years old at the peaceful protest days, after all, they are there to protect this forest for their childrens’ future.

These people have come together to do what our Environment Minister has failed to do – to consider all aspects of the project, specifically the Whitehaven Maules Creek project, and the adequacy of the offsets that are supposed to replace the habitat that they will be bulldozing to get to the coal.

What do these local farmers and peaceful protesters want?

Disclosure and transparency from the Minister for the Environment, Greg Hunt; communication and respect, especially to the traditional owners the Gomeroi, who have been treated disrespectfully by both mining companies, simply because they wish to protect their cultural heritage.

And we want no destruction of the forest until all the cards are on the table!