Change in #NewEnglandVotes will take an indie tornado 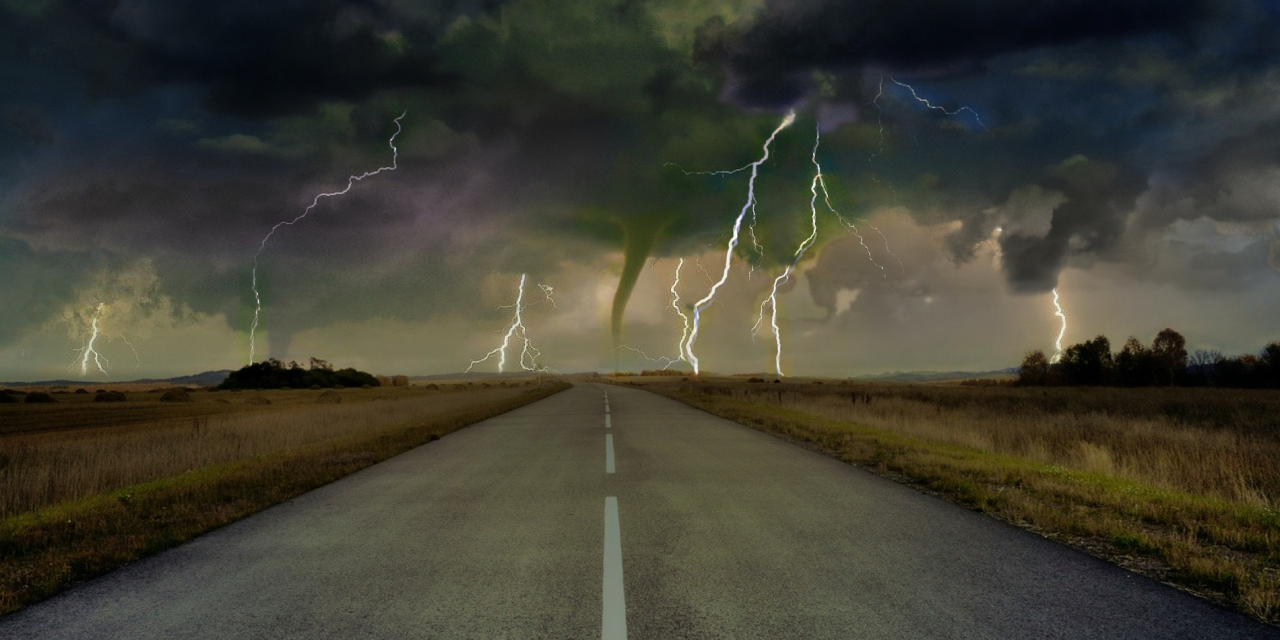 COMMENT: Since moving back to the rural northern NSW electorate where I was born, I’ve become angrier than ever that less than ten per cent of Australian voters are getting to decide what the rest of us do about climate change.

So I agreed to report on the seat of New England, but I’m never chasing Barney.

There’s no point. He’s as rusted in as those big-headed nails used to keep roofing iron in place, although that fixed position might not be firm enough in a tornado, the likes of which popped up last week in Armidale, the genteel university town at the heart of this seat.

It blew roofs off, felled brick walls and cut power. A few social media commenters made jokes about climate change, but did anyone take it as a warning?

Out here, many got solar panels long ago for the discounts yet still reckon electric cars don’t run on cloudy days. There’s plenty of green action when there’s money in it, but not a lot of wisdom about where to from here for the planet.

That’s all on Barney and all his climate/water blather. It worked.

My family has been here long enough to know old tales about wind and weather. In the 1950s, our farmhouse had its roof ripped off in a tornado that roared through our upland valley near Delungra, where pre-fab settler homes have dotted the vast black-soil paddocks of Kamiloroi Country since 1905.

Next morning, they retrieved every sheet from the creek and repurposed them with a corrugating roller, then nailed them back in place. There they sat until my childhood.

We had storms in the 1970s, too; nights of hail piled high against the weatherboards, and once a whole shed was tossed up the driveway and landed upside-down.

That 1950s tornado was such a rarity that the story is still spoken of by locals with a sense of dread, the same sense of powerlessness I felt at the Black Saturday fires that ringed our Glen Innes property.

We’re done with independents, for now

When Tony Windsor chose Julia Gillard as prime minister over Tony Abbott in 2010, the independent brand was tarnished in this region. I’m now over it and have moved on.

Let that be a lesson to you

Remember how Bob Katter abstained in that vote, leaving Windsor and Oakeshott to anoint Gillard? Barnaby is what you get when you expect independent MPs to keep aspirants from power.

So lighten up on Zali and Helen

They’re likely never going to block confidence and supply from a sitting LNP government. That would be king-making. Get over it and move on.

We were indie long before #IndependentsDay

Windsor was an indie state MP for a decade before he went federal for another ten years. Indi, Waringah and Wentworth were blue-ribbon Liberal strongholds at the time. Don’t lecture New Englanders about independent candidates. The 21st-century model was incubated here.

We don’t all vote for Barney

On average, forty- to fifty-thousand New Englanders routinely vote for someone else.

We have Senate votes, too

And we use them. The Greens are better than Labor at getting how-to-vote cards to the polling stations in the northern New England region, where there are more progressive farmers than you could poke a stick at.

And the Nats delivered them, under the leadership of our state National Party MP Adam Marshall, a self-described “agnostic” on renewables. That won’t fit your narrative that Nats hate renewables.

Another type of tornado is in the wind

You heard it first on NoFibs, a former PM giving a resounding endorsement of National Farmers’ Federation president and Liverpool Plains local Fiona Simson as an indie challenger to Barnaby Joyce. Turnbull’s words about Simson: “… one of the best, most capable leaders in Australia”. My forecast: the chances of her running are slim, but if she did, Barney’s rusted-in nail could be ripped out with as much force as a political beast like Sophie Mirabella was felled by Cathy McGowan in Indi, twice.

I brought the pressing issue of marriage equality to this site, and covered the electorate of Bowman in the 2013 election. It’s unlikely you read my articles until the sitting MP Andrew Laming was got mainstream media attention earlier this year, because back then I was almost the only journalist holding him to account. I also wrote regularly about the Arts intersecting with politics.

Anything but Barney, unless there’s a citizen journalist who can be bothered (like Robyn, who in 2019 wrote one of that election’s most read articles). There is a kitchen roundtable movement up here – What Matters New England Electorate (find them on Twitter @WhatMattersNEE). I found the process as fascinating as it was depressing, so I will be writing about my experience and the movement as it takes shape. I’ve also just released my first novel, a piece of Outback Noir about the consequence of hypocrisy, toxic men and mateship set in this part of the world, so I’ll be writing about that, too.

But keep one eye on Fiona Simson – @afsnsw – if she comes out to campaign, I’ll go storm chasing across New England.

If this piece makes you angry, don’t @ me, write an 800-word piece of proper citizen journalism and I’ll sub-edit and publish it so your rant reads like journalism. Dare you. If not, get over it and move on.