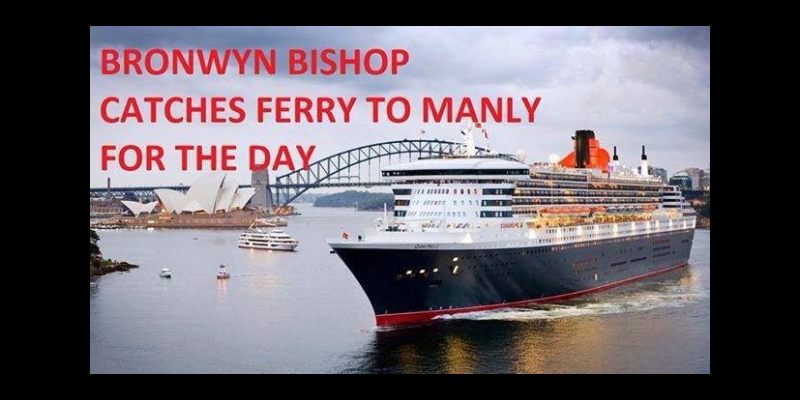 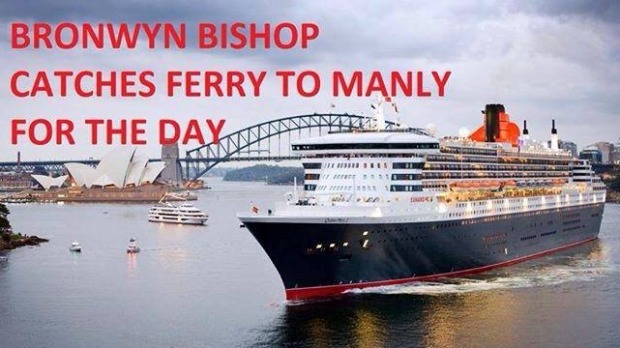 The AFP and the Department of Finance are playing pass-the-parcel on investigating the legality of Bronwyn Bishop’s helicopter trip to Geelong for a Liberal Party fundraiser. It’s a complicated game of obfuscation that counts on confusing voters. So here are the facts.

1. Applicability of the Minchin Protocol to the AFP

When Labor and several members of the public referred the matter to the AFP for investigation it said no, because the Minchin Protocol demanded that Finance had carriage of such matters. Under pressure, the AFP altered its line to insist that it had “not refused to investigate”, had “sent these complaints to Finance for assessment” and “awaits advice from the Department of Finance in accordance with the protocol as to whether any breaches have occured before taking any further action”.

Both AFP statements are false.The Minchin Protocol is an internal, unlegislated administrative arrangement between Finance and MPs which provides that when suspicions arise, Finance gives the MP concerned the opportunity to admit a mistake and repay the money without further action. It also lays out a complicated, multi-layered process for Finance to refer a claim to the AFP. The Minchin Protocol has no effect at all on the AFP’s power to investigate complaints of deliberately false declarations by MPs on the validity of their expense claims, as is the case with #choppergate.

2. Applicability of the Minchin Protocol to Finance

So why has Finance accepted the AFP referral of #choppergate? We don’t know because it is refusing to answer any media questions.

3.  The power of Finance to investigate and assess a breach

Finance has NO POWER to investigate an alleged breach or to determine whether a breach has occurred!

Politicians’ travel arrangements are self-regulated. MPs certify that their claims are within entitlement and Finance pays the bills. If an allegation of entitlement breach is made, usually by the media, Finance makes an inquiry to the MP concerned, who does not even have to answer it. In cases which need investigation to decide whether there is criminality, as in #choppergate (invitation documentation, content of speech etc) Finance has no power to do so! The Australian National Audit Office in its report to Speaker Bishop in June 2015, states that “Finance has no power to determine if entitlements have been misused in a given circumstance” and referred to its “lack of investigatory power and resulting inability to weigh conflicting material”.

The AFP reference back to Finance for “assessment” and advice on “whether any breaches had occurred” is, quite simply, a sham, as only the AFP has the power to  investigate #choppergate! 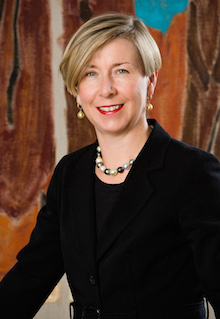 Jane Halton dismissed #choppergate as a sexist non-event before the AFP handballed the investigation back to her department. This pre-judgement disqualifies Finance from handling the public complaints to the AFP.

So what is going on? A devious dance between the AFP and Finance to avoid investigating an allegation of malfeasance voters want investigated. The question: will voters let them get away with it?