Wills candidates agree on climate but differ on urgency and the coal menace, reports @takvera 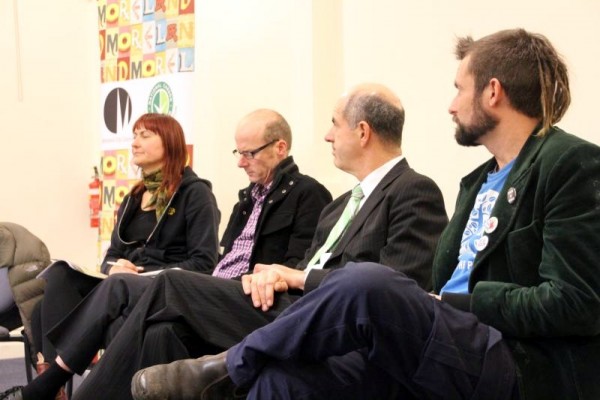 On a cold and rainy Monday evening in Wills, in Melbourne’s inner northern suburbs, voters gathered at the concert hall in Coburg Town Hall to hear what candidates had to say on climate and sustainability issues. The hall was full with about 140 people in attendance.

Climate Action Moreland, a local community group active on climate issues, started organising the event in July, and other community groups endorsed it.  The date was set before Prime Minister Kevin Rudd named the election date. All the candidates who had declared their intention to stand were invited.

Come the night, Kelvin Thomson, the sitting Labor MP, Tim Read (Greens), Margarita Windisch (Socialist Alliance) and Dean O’Callaghan (independent associated with the Save the Planet Party) showed up to speak and take questions from the audience. 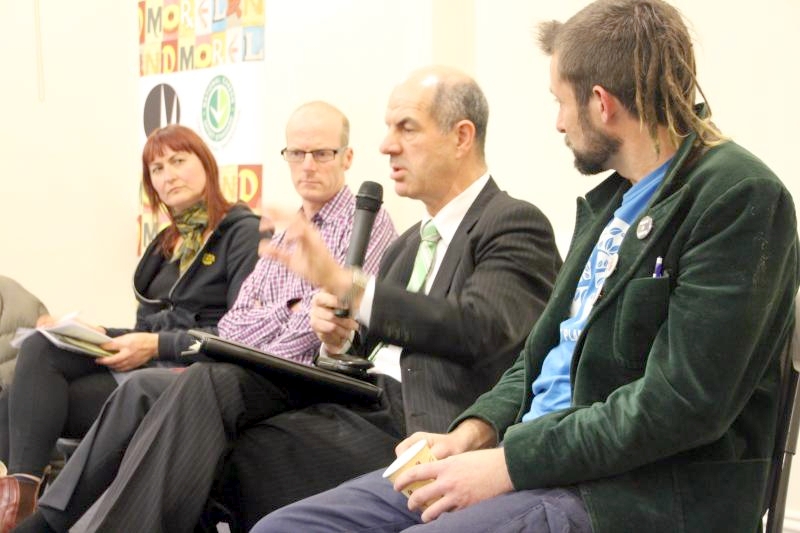 Adrian Trajstman, the Sex Party candidate, had another engagement and sent his apologies and a statement.  Liberal candidate Shilpa Hegde failed to respond to repeated invitations and was not present. Anne Dufoulon, the Palmer United Party candidate, had been contacted only a day or two before the event and also did not attend. Concetta Giglia, the Family First candidate, could not be contacted at all. Family First’s climate policy is one of scepticism and denial and rejects the consensus of climate scientists. The latter two candidates were only confirmed as running in Wills when the Declaration of Nominations took place on the previous Friday.

The four candidates present emphasised the importance of climate science and taking action on climate change. The differences were in the degree and strategies for climate action. MP Kelvin Thomson emphasised the importance of the Labor government’s carbon pricing and clean energy programs, while Tim Read underlined the Greens’ influence after the 2010 election in negotiating with the independents and Gillard government on the carbon pricing and clean energy package. Dean O’Callaghan and Margarita Windisch stressed that we faced a climate emergency which required an economic and energy transition to a 100 per cent renewable economy within 10 years.

“What happens with a forum like this is that those candidates who are interested in an issue come along, and those candidates who are not interested in this issue do not come along and that is pretty evident from tonight’s turnout,” Thompson said at the start. “It does end up that to some extent you are preaching to the converted, but I am pleased to see that tonight there are quite a few converted….”

Dean O’Callaghan, or Deano as he is often called, is a passionate environmentalist, small businessman and a real lateral thinker.  He runs his own business as a brewer and event manager, travelling around Moreland on a bicycle carrying his “low-carbon” kegs of beer and magic tea.

“Save the Planet is a political party which doesn’t want to exist,” he said. “If our politicians had been doing their job properly we would all be concentrating on our own unique endeavours – I’d be brewing beer and running around serving it to people.”

“We are obviously extremists.” O’Callaghan said, to chuckles from the audience.  “I’d like to say we are doing to the Greens what Pauline Hanson did for the Liberal Party.

“Those extreme right-wing xenophobes created social policy that a few years later was core policy for our major parties … Maybe our extreme policies will be the core policies for the Greens then, and even the major parties may adopt them.” 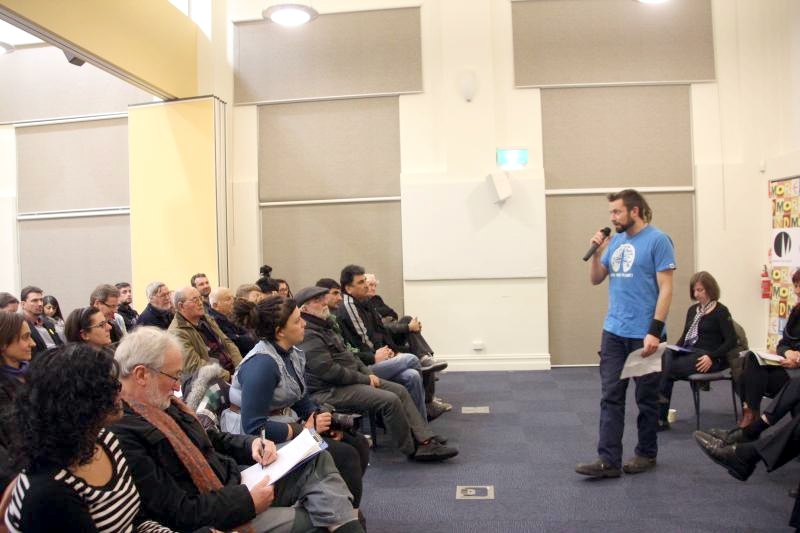 Dean O’Callaghan, a brewer and lateral thinker on a mission to save the planet

Margarita Windisch from Socialist Alliance started her talk with a quote from Canadian scientist and broadcaster David Suzuki, from his Right Livelihood Award acceptance speech in 2009:

“Now there are some things in the world we can`t change – gravity, entropy, the speed of light, the first and second Laws of Thermodynamics, and our biological nature that requires clean air, clean water, clean soil, clean energy and biodiversity for our health and well being. Protecting the biosphere should be our highest priority or else we sicken and die. Other things, like capitalism, free enterprise, the economy, currency, the market, are not forces of nature, we invented them. They are not immutable and we can change them. It makes no sense to elevate economics above the biosphere.”

The final speaker was Tim Read from the Greens, who highlighted that greater action was needed according to climate science and with Australia being one of the richest countries in the world. He called for people to get more active.

“I am not just going to ask for your vote, but to get more involved in politics than you already are and to really cultivate some of these big picture long term things in the political debate that we are having at the moment.”

He spoke clearly on the menace of coal.

“Something else has happened over the last decade. Our coal exports have grown exponentially. We are becoming the Saudi Arabia of coal. In a couple of years we’ll be sending 5000 shiploads of coal per year across the Great Barrier Reef. We are focusing here on our local domestic emissions and we are forgetting that we are exporting megatonnes of coal which is the worst of all possible fuels for generating greenhouse gases … I am specially pleased with the Greens’ announcement that they want to tax coal exports by $2 per tonne. A small amount. So we can start accounting for the coal we export which none of the other parties are mentioning …” 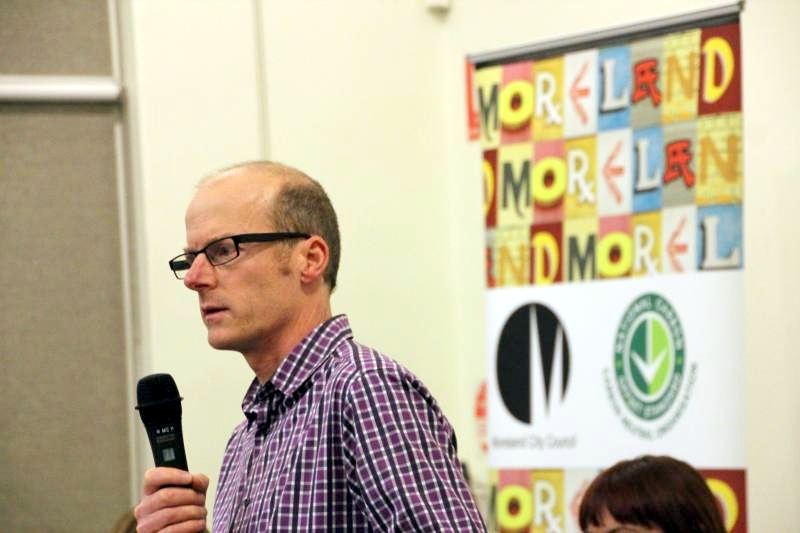 After the introductory talks the candidates were questioned for 80 minutes from the audience. Some of the question included:

While little mainstream media attention is focused on climate change this election, it is clearly one of those issues that is bubbling just beneath the surface that is of major concern to many people.

There was no local media coverage of the event.