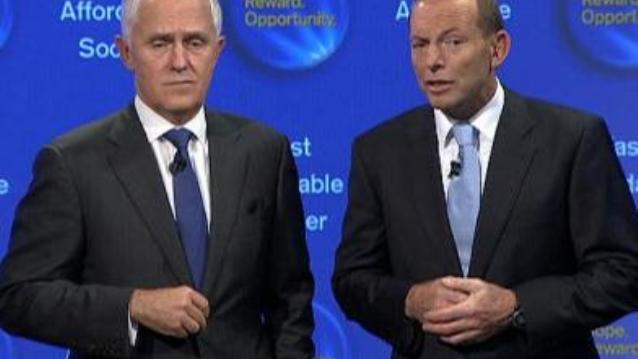 The Coalition held its broadband policy launch at, wait for it, Murdoch’s Fox Sports, And the press secretary handed out copies of Murdoch’s Daily Telegraph instead of policy documents. Guess what the final outcome of Malcolm Turnbull’s broadband plan will be. The policy debate will heat up over the coming months because there are massive amounts of detail missing from the policy.

Turnbull was combative, if not outright belligerent. From the outset he was unable to give details on even the basics of his policy in answer to questions such as ‘How long will the copper last?’.

I had thought that finally Turnbull would release a policy filled with cogent arguments and factual information, but this was not to be so. Instead the press conference was laced with misinformation, leaving me feeling underwhelmed and annoyed. Details are even more scant in the press release offered up by www.liberal.org.au. Most of the document is merely an attack on the current NBN and vague figures like ‘estimated $90b’ & ‘up to 100Mbps’. There’s no real meat in this policy, and the oft quoted ‘background documents’ are non-existent.

So because I can’t do deep policy analysis I have to go with this policy being a Claytons policy – lots of words, but nothing to say. The best any journalist can do is look at the assumptions and see how out of kilter with reality they are.

There are no details on the future plans of the Coalition or on what will happen to NBN Co once the build is completed. Unfortunately for Turnbull, Tony Abbott played his hand early, stating unequivocally that an LNP government would sell off the NBN. No details as to whether they would uphold the legislation that ensures NBN Co remain a wholesale-only company and be required to foster innovation and competition.

If anything, the build and sale planned, to deploy VDSL via FTTN, would stifle innovation and quash competition within the network. With Vectored VDSL, as Turnbull keeps stating will be deployed (but not mentioned once in the policy document), competition is incompatible. You cannot run multiple ISP’s vectored services via the same cable.

The next thing to look at is the LNP’s build estimates. Unfortunately there is no data to support the costs given, however there seems to be a large amount of information missing on ongoing maintenance costs, power consumption costs for running the cabinets and the cost of acquiring Telstra’s copper network. All of these together would seem to wipe out any reduction in the $40b-odd an FTTP deployment is estimated to cost.

There is no way the Coalition are anywhere near the mark with their $90b estimate to build FTTP, especially since even they have even said it would cost ‘several thousand dollars’ per user to run FTTP from a node. If we look at the BT example of FTTP upgrades and extrapolate an average user being charged ad-hoc rates close to $7000 per premises, it will cost users approximately $65b to upgrade all services. Seeing NBN Co is not charged ad-hoc rates, this cost would be far lower (closer to $30b for an end-to-end fibre service). So the savings from the Coalition are merely offloading costs from off-budget financing to end-user financing.

So who could possibly buy the network? Optus, iiNet, or even Vodafone? The three might be able to handle such a big fixed line network; however they do not have the technicians to maintain the copper. The only player capable of handling such a network is Telstra as they already have technicians and contracts with third parties to maintain the network.

So the end result would be Telstra selling their copper to NBN Co for an inflated price then buying it all back at a discount price, as no other company would want to take on such a liability as $1b per year in maintenance costs to run the copper network.

The fact that Murdoch’s subsidiaries have been so involved in this policy release betrays who is calling the shots. It’s not Turnbull (or as Abbott named him, Mr Broadband), nor is it Abbott. It’s clear that Murdoch’s media empire does not want FTTP – just read any of their papers on any given day to see the utter contempt for NBN Co in any article on the NBN.

The bottom line is that this is all about control. With FTTP the control is in the hands of consumers, giving them an opportunity to utilise Over-The-Top (OTT) services and remove the need for Foxtel if they wish to watch pay TV services.

With FTTN the need for satellite dishes and coaxial cable connections is vital to maintain internet speed while watching pay TV. Turnbull’s claim that VDSL is capable of carrying HD streams is myopic at best, as he ignores the technological advancements in broadcast systems such as the soon-to-be-released 4K broadcast standard. 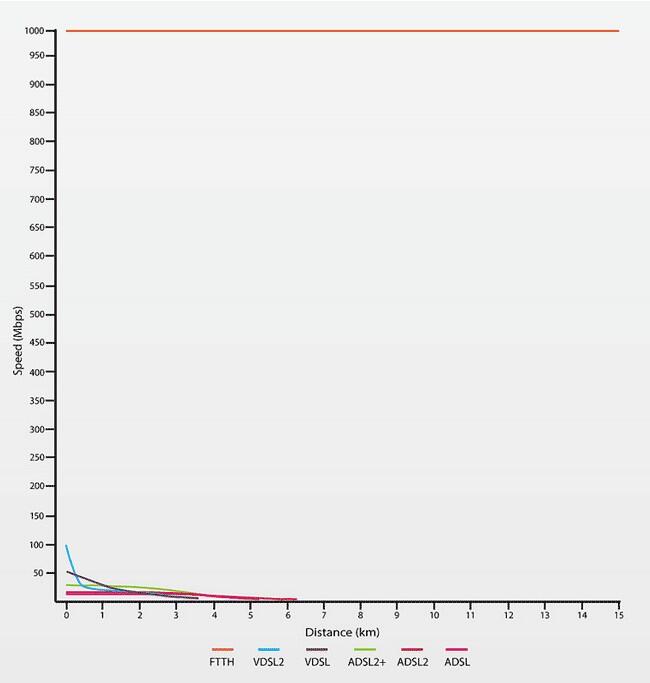 Even the most compressed 4K video requires at least 20Mbps of bandwidth, so the Coalition’s plans for a minimum of 25Mbps is severely lacking after network overheads are taken into account. The only way users on FTTN will receive 4K video is to utilise a dedicated connection to pay TV providers, meaning OTT providers are left out in the cold.

Essentially this policy ignores future needs of Australian consumers and business in favour of end-of-life technologies. Utilising such technologies ensures the control of media in Australia is maintained by the likes of Murdoch and his ilk.

If voters can take anything away from today’s policy announcement it’s this: the Coalition do not want to see Australia’s telecommunication network progress, but merely want to waste $30b delivering what’s there now to sell it off to the people who screwed up the network in the first place.

Why Murdoch’s media is gunning for your NBN

Why Jake’s impatient for the NBN