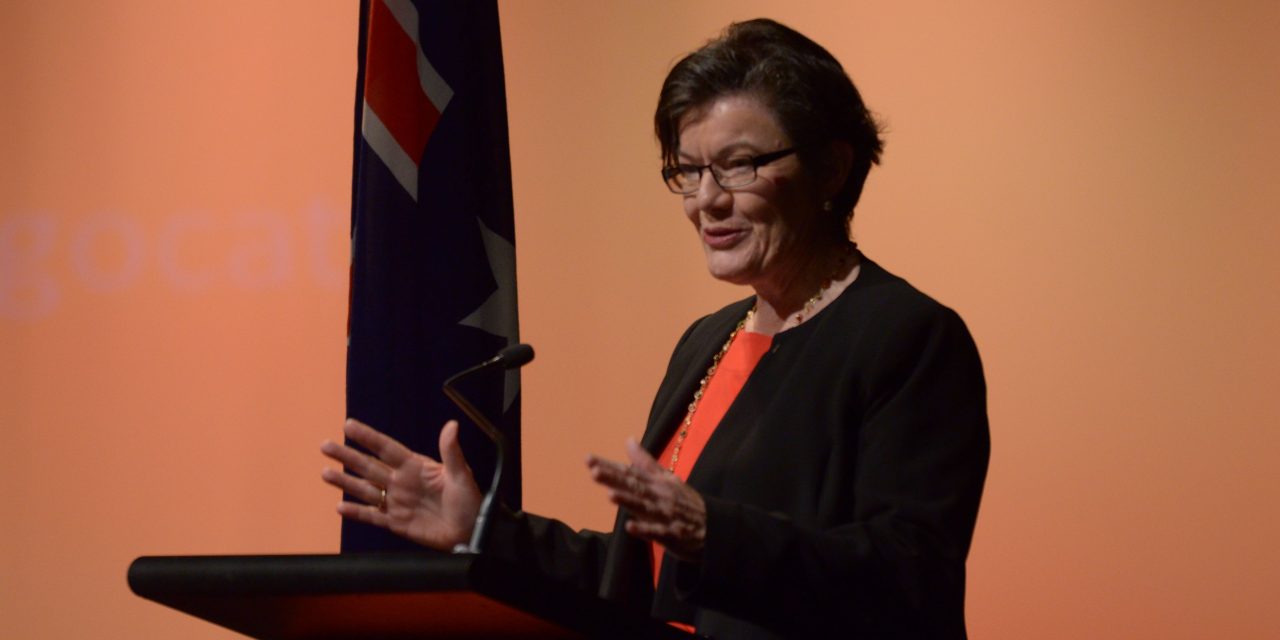 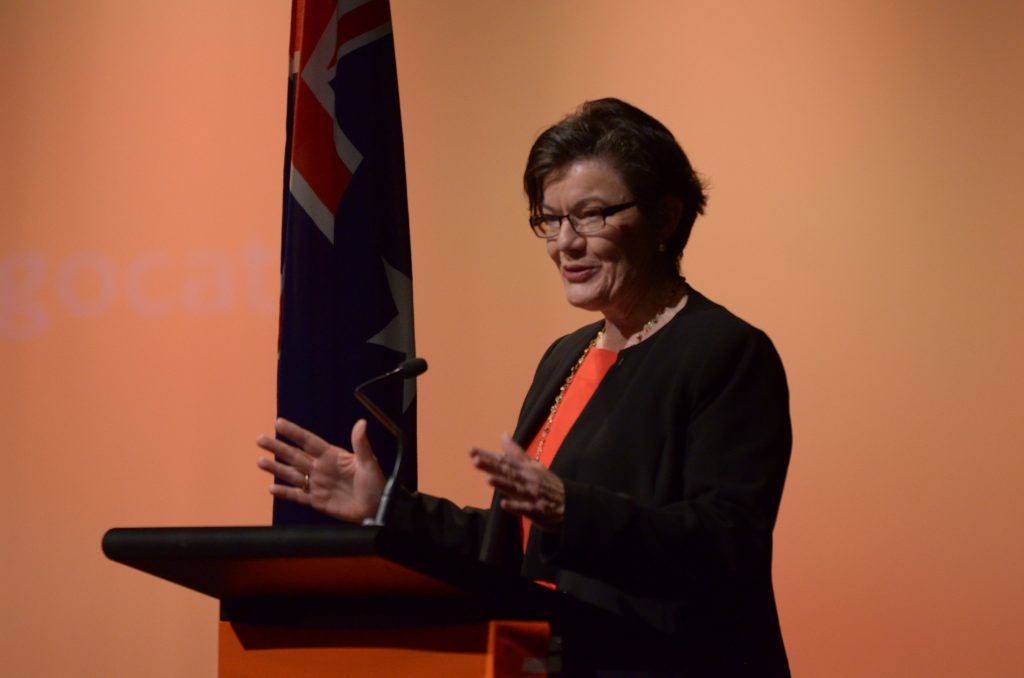 Two months ago I wrote an article for No Fibs about Cathy McGowan running for the seat of Indi, in which I said “Cathy and her supporters are on a mission to let Liberal incumbent Sophie Mirabella know that she can’t take the people of Indi for granted, one town at a time.”

Over the past few months we have already achieved this goal. From being a very safe Liberal seat that got nearly no media attention, the nation’s eyes have turned to Indi to see how the contest between community candidate Cathy McGowan and Liberal MP, Sophie Mirabella plays out. Over the past few days we have fielded calls from numerous journalists who are willing to drive from Sydney, Canberra and Melbourne to see for themselves what is happening in Indi.

In an election campaign that again seems to be dominated by slogans and rhetoric from the major parties, Cathy McGowan’s grassroots movement in Indi is shaping up to be the good news story of the election.

On August 4 more than 400 people, all clad in various shades of orange (Cathy’s campaign colour), packed into The Cube in Wodonga for the campaign launch. People came from as far as Corryong and Benalla for the event, which was, by any estimation, one of the biggest political gatherings to take place in Indi for many years.

This huge groundswell of enthusiasm is happening all over the electorate and as the election date draws nearer there is a building feeling that Cathy has a chance to take the seat of Indi. 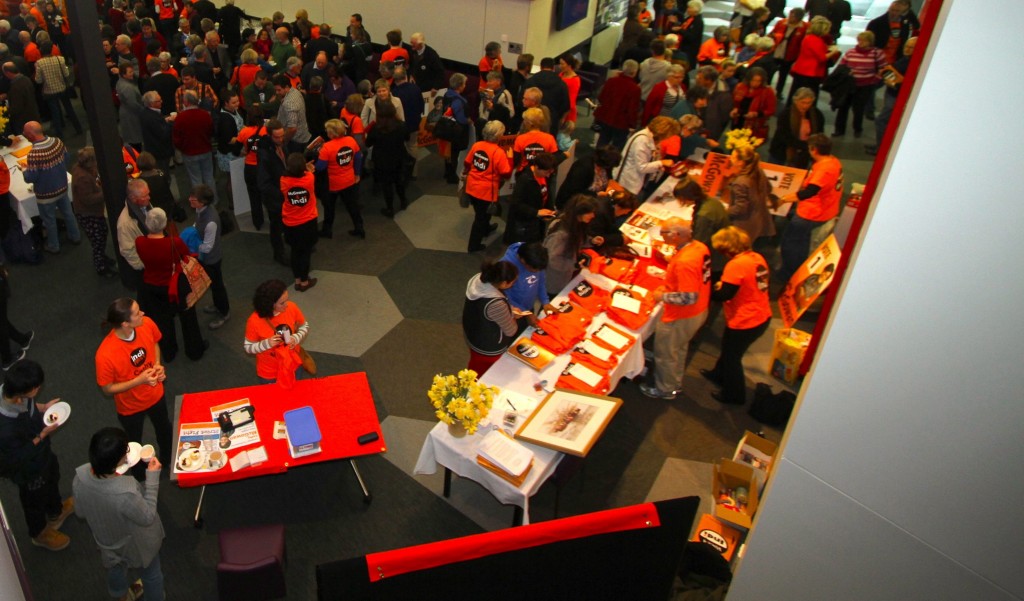 Over the past week there has been a lot of media attention over a leaked email from Mirabella’s campaign that claimed they were being “severely outflanked and outgunned by a far more active and enthusiastic campaign team.”

Since then Sophie Mirabella has been saturating the airwaves with TV ads. The Wangaratta Chronicle, a local newspaper, has reported she will be spending a ‘six-figure sum’ on defending her seat.

In response, we have launched Australia’s first ever crowdfunding pitch to raise money for our campaign. Using Chip In, we have asked for $25,000 to pay for advertising so we can get our message out to the 90,000 people in Indi.

If we don’t have as much money as the Mirabella camp, definitely one of the successes of our campaign so far has been our social media strategy. It sounds like a cliche, but a lot of the momentum of the campaign has come through social media, and I have really begun to understand how integral it is in running political campaigns. Especially in an electorate as big as Indi.

Roughly the size of  the US state of Massachusetts, Indi has a population of only 90,000 and incorporates much of Victoria’s high country. The geography alone makes coordinating volunteers difficult.

But with a mixture of Twitter, Facebook and Nationbuilder software we have been able to organise our 300-plus active volunteers effectively and connect our team on the ground through social media.

Through Twitter we have also been able to engage with people outside the electorate. After the flurry of media attention last week, we had thousands of dollars donated to the campaign. The majority of those donations came from outside Indi and most of the calls for donations came through people on Twitter.

There is still a long way to get yet, but there is a genuine feeling across Indi that the time is right for a change.

People are engaging with politics in a way that I have never seen before. Rather than just turning up on election day and voting, whole towns are getting together and having fundraisers and working together to create the change in Indi that they want.

Regardless of the result on September 7, Indi has already shown that grassroots democracy works and that people do have a voice. 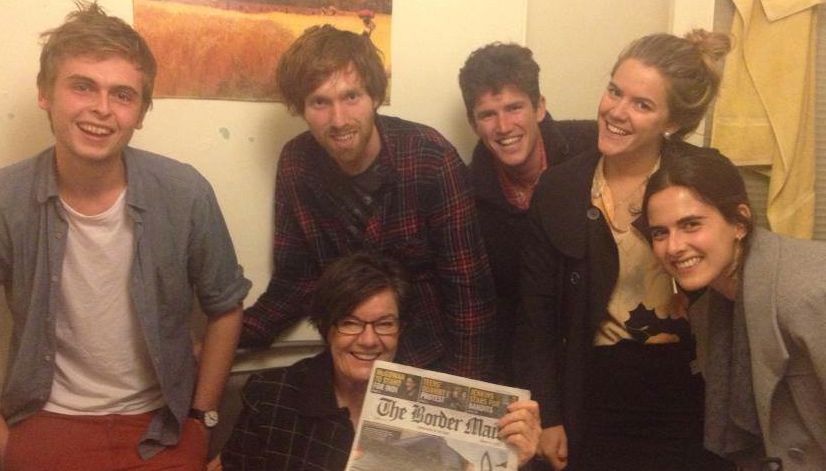