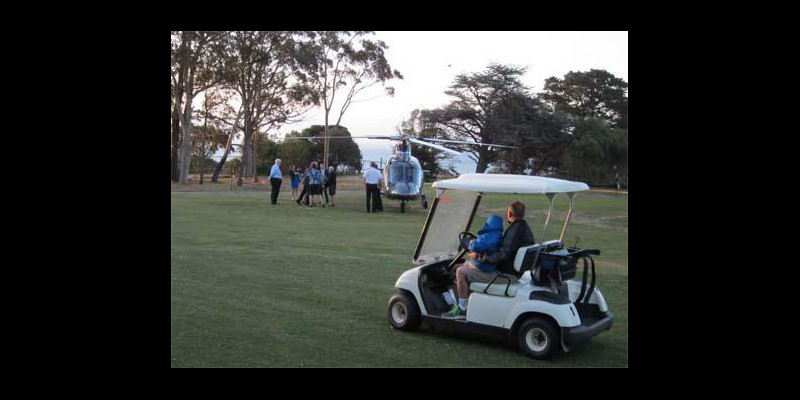 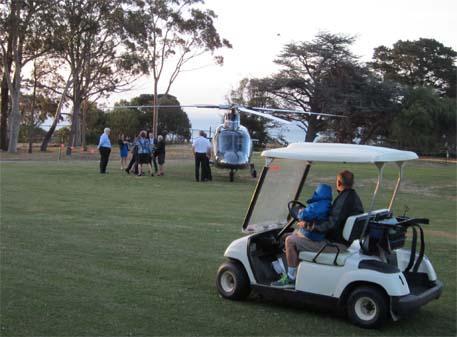 The Commonwealth Ombudsman is investigating the Australian Federal Police (AFP) (@AFPmedia) over their handling of the Bronwyn Bishop MP, #Choppergate affair, after a complaint was lodged by No Fibs co-publisher, Tony Yegles (@geeksrulz).

The Ombudsman probe will include:

Mr Yegles, originally made a complaint to the AFP Standards Division, stating:

Serious criminal matters of this nature need to be investigated not by internal review but by the proper authorities that have exactly this duty and statutory responsibility. The Australian Federal Police is one such body. The Department of Finance is no such body.

The AFP did not accept the complaint, stating:

Central to the complaint made to AFP by Yegles, was the AFP’s referral of allegations against Bishop, to Finance and their internal Minchin Protocol, rather than launching their own investigation. The so called Minchin Protocol is an internal audit:

When an allegation of or other event which suggests misuse of entitlement occurs, the Department undertakes an internal investigation to ascertain whether the allegations are credible (rather than being only malicious or vexatious). If the matter is relatively minor, the Member or Senator will be invited to provide an explanation to the Department.

The AFP received a number of requests to investigate the allegations against Bishop, from members of the public and Members of Parliament, forcing them to make a statement via Twitter.

#Factcheck we have NOT refused to investigate allegations about Speaker of the House Bronwyn Bishop. Waiting assessment by Dept of Finance. — AFP National Media (@AFPmedia) July 20, 2015

Bishop also made an entitlements claim to travel to the 2006 wedding of the then Member for Indi, Sophie Mirabella, stating on the declaration form the travel was for “committee chair business”.

A number of other politicans, including the current Prime Minister, Tony Abbott (@TonyAbbottMHR), repaid claims under the Minchin Protocol for attending Mirabella’s wedding, but Bishop did not. 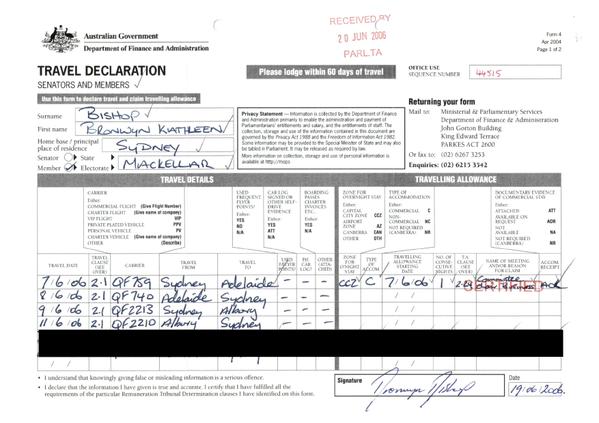 When questioned about this, Bishop said she attended secret meetings in Albury on the same weekend.

Kate Ellis MP (@KateEllisMP), who was also on The Standing Committee of Family and Human Services told The Guardian:

“I can’t recall any reason Bronwyn Bishop would need to be in Albury that weekend but I do absolutely say if there was a reason, if she did go through the proper processes, then there would be documentation and we wouldn’t need to be here speculating about it.”

Other media about this story via Bevan Shields (@BevanShields) at Fairfax.

Did you make a #ChopperGate complaint to the AFP? If you did, tell us what their response was.