Counting and counting again, and again: @GuinevereHall on the #WAvotes 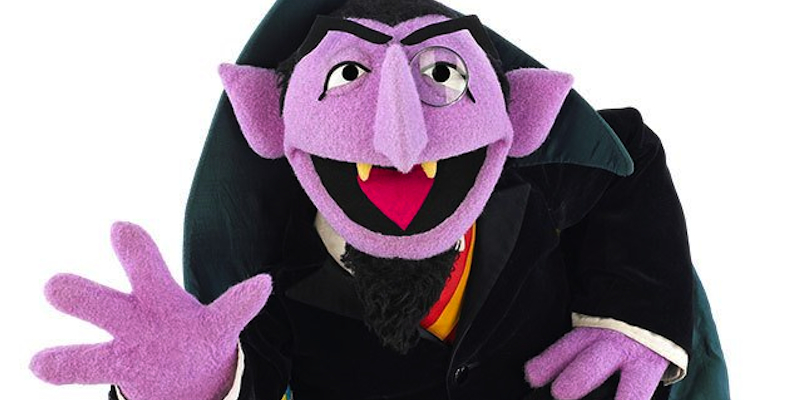 Call in the expert. Count von Count from Sesame Street.

As I write this, a new election is to be held for the Western Australian Senate, the first time this has happened since 1907, when there was a re-vote for a single Senate position in South Australia.

How did it come to this?

However, this was challenged by The Greens’ Scott Ludlum and the Sports Party’s Wayne Dropulich, due to the difference of just 14 votes at a critical point in the count.

A recount was called and the new winners appeared to be Ludlam and Dropulich.

Unfortunately, during this recount it was revealed that 1370 ballot papers had gone missing.

The Court of Disputed Returns decreed that the entire election was void since those 1370 voters did not get to have their say.

So, in what is likely to be a very costly process, we, the voters of WA, get to try again.

Controversially, in the recount, the Sports Party, a minor party which only received 0.22 per cent of the primary vote, was elected into the 6th Senate spot, with what many voters felt was an opaque exchange of preferences and shady deals that were not understood by those voting above the line. This outraged many electors at the time and there was a call for an overhaul of the Senate electoral system

WA voters are historically conservative, and there seems to be a general apathy around having to recast our votes, with many believing that only the 1370 missing should have to vote again, although how we would tell who these people are is not discussed.

There seems to be a general feeling amongst voters that we will be more likely to vote below the line to try to avoid the election of micro parties.

Commentators believe there will be some slide away from the Coalition due to the ‘incumbency factor’ and the current displeasure with the WA state government.

As yet there is no indication whether we will have more, less, or different micro parties competing for our votes. Any new candidates or parties who want to nominate for this new election are able to do so. Certainly funding for this election is predicted to be low, perhaps meaning that electioneering and political advertising will be minimal.

Over the course of the next few weeks until the election I will report on the campaign advertising; who nominates; the feeling on the street; and I will also attempt to interview representatives of the parties in the mix for this historic Senate re-election.