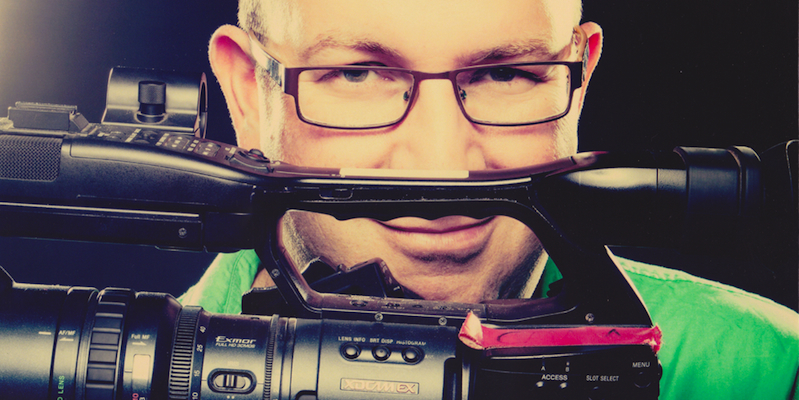 Motorists, shooters and fishers have all got one, so have sex enthusiasts and christians. Why not creatives?

Micro political parties have leapt into the Australian voters’ consciousness like never before, and right at the launch of this column, one of our readers tipped us off about the imminent formation of a new party named The Australian Arts Party.

They’ve been getting their act together, the people behind Australia’s newest micro party, but what else would we expect from a collective of creatives?

We’ve grown tired of waiting for a positive win-win, cross-party parliamentary voice to appear in Australian politics, so we’ve created it.

Michael Burge: Why an Arts Party?

PJ Collins: To provide something that’s long overdue – a dedicated voice to support and encourage arts and creativity for all Australians. We want a more unified and economically prosperous Australian society, built on thriving, vibrant communities, which benefit and improve the quality of all our lives. A thriving arts sector is a key component of preparing us for this future, as it creates a ripple effect of seemingly unconnected benefits throughout the community, both socially, technologically and economically.

Australia’s creative economy already generates billions of dollars in revenue each year and that is set to grow substantially, as it must do – we can’t base our future on the global price of iron ore or coal. The future of Australia will be decided by the quality of our ideas, and the skills we develop among us to make them happen. The best investment this country can make is in its own people. When we encourage creative activity we plant the seeds for innovation, and that is what will power Australia’s future prosperity.

Finally, after the last decade of watching and listening to our federal representatives in Canberra, we’ve grown tired of waiting for a positive win-win, cross-party parliamentary voice to appear in Australian politics, so we’ve created it.

MB: Is there a gap in representation for Australia’s artists?

PJC: Artists and our creative industries are certainly in need of a committed voice. There are many support organisations that do the best they can to help them within limited mandates, but there has been no committed political and federal voice to speak on their behalf until now. Like all Australians, these companies and individuals just want a fair go, the opportunity and support to achieve their potential – hand-ups not hand-outs. We all gain as a society when creative individuals and organisations fulfil their potential.

MB: Which parts of the current funding models for Australian arts needs to be overhauled?

PJC: What we need is a more efficient, better supported arts industry, funding more creativity, taking more risks and offering greater opportunity for all Australians, as both creators and audiences, to get involved. The amount of pure funding that reaches artists and communities is simply too low, once all the ancillary administrative costs are deducted, and sadly no art or community project is funded on merit alone – there are just so many conditions to access funding. In fact there is no real autonomy for any of our arts funding bodies, and that needs to change.

We also want to see the audience, the actual funders, given central importance. Public investment should come with the proviso of connecting with as many members of the public as possible. For certain areas, such as major film funding, we’re even considering a crowdsourcing approach to deciding what projects get significant investment. We’re throwing around a lot of ideas at the moment!

In the @auscouncilarts windows – Women in Theatre. Who do you think deserves a shout out for their theatre work? pic.twitter.com/xQCrx0cQl0

MB: Regarding accountability for artists in receipt of government funding, what is TAP’s motivation for supporting an increase in responsibility?

PJC: We feel that artists have a duty to complete their publicly-funded work, and that funding bodies have an equal obligation to create as large a public audience for that work as possible. Admiring our art and creativity should be a communal activity wherever possible. It should happen in neighbourhoods across the country and be as accessible as possible to the general population, so we all gain. So to us the responsibility rests with us all as a community.

We would like to see tax breaks for those who create value with their minds above and beyond their daily work.

MB: What sparked the idea to start TAP?

PJC: It was a discussion with friends over beer, about how hard it was to get any funding for an arts festival, which segued into the sorry state of the Australian film industry – hardly unusual conversations among Australians interested in those areas. In fact I think the idea of an arts party has been discussed literally thousands of times in bars and cafes over the years, but for some reason no-one actually got up the next day and did anything about it. Until now.

MB: What does TAP believe most artists want from the political process in this country?

PJC: Recognition, acknowledgement, respect and support. A fair go. It’s generally not a viable path to enter an arts career full time, outside of administration. We would like to see tax breaks for those who create value with their minds above and beyond their daily work, and the opportunity for unknown artists to easily access small-scale funding to complete and share the fruits of their work. Creating value with your mind is not limited to fine arts either.

MB: How does TAP view the current state and federal Arts Ministries?

PJC: Its terrible to see the closure of so many arts departments across the country, and the provocative comments made by the federal Minister for the Arts (George Brandis) surrounding the biennale controversy.  It’s hard to imagine any fundamental shift in the treatment of Australian arts and creativity in the current political climate, but don’t worry, we’re on our way!

MB: What has the process of founding TAP been like for you personally?

PJC: Well it was great to find that so many people shared my belief, that the arts needed a united voice, and cared enough to actually join and get this party going. We funded the party by way of a crowdfunding project, started by a couple of us emailing friends with the message – and that message just kept going. We then put together a committee of like-minded people with proven track records in the arts to help our progress. We needed 500 paid-up members to validate the campaign and ended up with over 700. The official paperwork is lodged and we’re just waiting to hear back from the AEC. Inspiring.

MB: Which electorates is TAP planning to stand candidates in?

PJC: We’re waiting confirmation of our federal registration right now, but would like to register in at least two more states in the next 12 months. Ultimately, we would like to be able to stand candidates across all states and the federal parliament, but our focus right now is on the next federal election.

MB: What does TAP offer to voters who do not identify as artists?

PJC: Well this party is about the audience just as much as it’s about the artists and creatives. You can’t have one without the other! We want to give voice to the countless Australian creators who are desperate to gain the recognition they deserve and share their work to widest possible audience. By repeating this across the country, in neighbourhoods large and small, we will ultimately strengthen the entire Australian community. We are about community first and foremost, and all of us contribute to that.