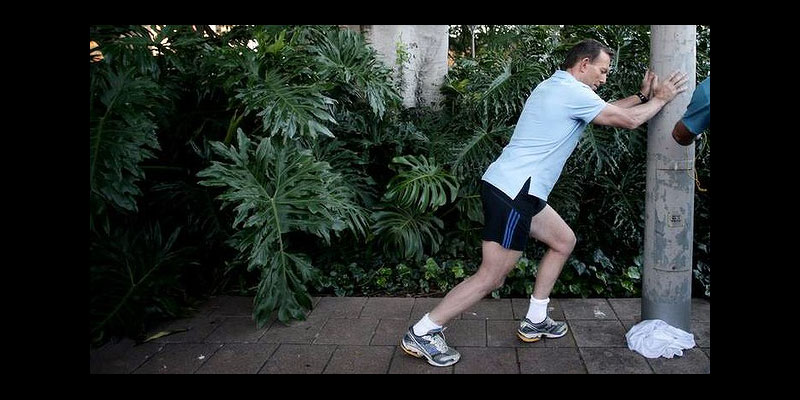 Sarah Capper is the Editor of 'Sheilas'. She also manages policy, advocacy and communications at the Victorian Women’s Trust (which publishes Sheilas). She fled Queensland for Melbourne in the late 1990s to complete a journalism degree. A self-confessed political nerd, she is passionate about social justice, law reform, Virginia Woolf and her dog, Jasper.
[clear]

Our federal representatives, who we ushered in with gusto last September, returned to Canberra this week – the land of what Wikipedia (hey, if it’s good enough for the Environment Minister) describes as being home to “politics, public service, pornography,pyrotechnics, pot and prostitution – the “Six P’s” as they are known.”

It may seem like an eternity, but the Abbott Government has been in power for just over 100 days (approaching the 150-day-mark). Typically, modern Australian political parties get at least two terms to flex their governing muscles. The first term is often reserved for doing the “tricky” business – running with agendas that are not so popular with voters, so they can then be sugared up during a second term while angling for a third tilt.

But already, four months in, the Prime Minister is being deemed ‘One Term Tony‘ in some quarters, with the first-term Coalition Government already rating behind the Opposition in two-party preferred polls. As one report gloomily put it before Christmas: “The Abbott Government’s first 100-day numbers are the worst in polling history, and that is before it delivers the really bad news.”

So what can we expect from the next few hundred days? What’s going to keep our pollies ticking in 2014?

One By-Election Down.. the Seat of Griffith, Brisbane, Queensland, was up for grabs last weekend, after some bloke retired at the end of last year. Depending on what you read, it was either the most important by-election in recent living political memory (the last week?), or the most insignificant. Labor’s Terri Butler, a principal employment and industrial lawyer from the Labor affiliated firm Maurice Blackburn, and from the Party’s left faction, took on the LNP’s Bill Glasson, a surgeon and former AMA President who was contesting the seat for a second time after taking on some other guy last September. Butler retained the seat for Labor (cue headline, ‘The Butler did it‘), but had you read about it in the Australian newspaper on Monday morning, you could be mistaken for thinking the opposite had occurred.

For Whom the State Polls X3..  While the feds are beginning the long post-election road in starting a new government cycle (has it only been over 100 odd days?!), some states are coming to an electoral period close, with state polls scheduled for South Australia, Tasmania and Victoria this year. The Victorian state election will supposedly be held in Movember, sorry, November, but potentially this could happen a helluvalot sooner depending on Independent MP Geoff Shaw’s beard.

‘For Hungry Little Human Beans’.. Expect to see more jostling between the premiers facing polls and their federal counterparts. Like Victorian Premier Denis Napthine this week, at least appearing to be trying to secure assistance packages and future federal government industry contracts in light of yet-another-major-car-company closing. All the while loading up SPC fruits on his muesli– which is healthier than say, dicing up a Cadbury family block for breakky (not that there’s anything wrong with that).  As Paul Keating once observed, ‘Never stand between a premier and a bucket of money.’ Especially during an election year.

WA Senate In the Air.. The new federal Senate will reconfigure mid-year, with the final results still in dispute. Just how much twerking Clive Palmer will subject us to remains in the balance. The High Court may decide to send the good folk of West Australia back to the polls to re-decide their Senate make-up, thanks to the final two of the six WA Senate seats subject to a four-way contest – between the Greens Scott Ludlum, Labor’s Louise Pratt (both Senators), and candidates Dio Wang from the Palmer United Party, and the Australian Sports Party’s Wayne Dropulich. Of course an entire new poll could throw up an entire new result. And WA, seen as a bit of a strong-hold for the Coalition, has produced some interesting poll results post election – a Newspoll conducted at the end of last year shaved ten percentage points off the Coalition’s primary vote, with the two party-preferred figures dropping to 50/50 LNP/ALP (compared to the election result of 58.3 (Coalition) to 41.7 (ALP). That’s massive.

While the decision for WA to go back to the polls hangs in the hands of the High Court, there are some other ‘predictions’ that can be made in terms of possible political scenarios over 2014:

The Blame Game.. Prime Minister Tony Abbott will continue to blame the previous government on lots of things. Like Andrew Bolt’s column on Monday, where he managed to chastise Bill Shorten for encouraging the “bogan cheer squad” in trying to bring Schapelle Corby home.

Incidentally there’s an old yarn that when you win government, there are ‘Three Envelopes of Power’ in the new leader’s desk drawer. The first reads ‘Blame your predecessor’. The second: ‘Blame the media’. And the third? It simply reads: ‘Draw up three new envelopes’.  Ba-boom, tish. It seems that Abbott has already opened both the first and second envelopes – with Bill Shorten and the ALP being blamed for any political news of a negative nature. Of course, this is a two way street – both major parties are guilty of the blame game – for example, this week both have blamed each other for the collapse of the car industry.

And Abbott’s clearly been passing around the ‘second envelope’ with other members of his team who seem all too willing to have a crack at the nation’s public broadcaster, the ABC. Easy prediction: in 2014 we will see at least another Team Abbott member vocally expressing their OUTRAGE at poor ol’ Aunty. Heck, at current rates, it’s probably safe to say that this will happen in the next week.

Oh, Look Over There! Anytime there’s heat on the Government, the Coalition will play the ‘Look Over There!’ game. This involves rotating the words “union thuggery”, “royal commission” and “bill shorten” in the same sentence. Yes, absolutely, without question, corruption and illegal activity should be investigated.  But what this shouldn’t be is a smoke and mirrors exercise in dog whistle politics, or a guilt-by-association witch hunt. Or guilt by association ‘ditch the witch’ hunt. When the Government appears to be pressing hard on this story, take a little look around and see what other story they DON’T want you paying as much attention to.

More Aunty Bashing..  Speaking of stories, the Australian newspaper will write at least one more editorial this year calling for ABC Managing Director Mark Scott’s head. Again, this might happen in the next week.  Other ABC broadcasters will feature in other sections of the national broadsheet throughout the year. Keep a look out for them in the Australian newspaper’s “Naughty Corner” – aka ‘Cut and Paste’ – where many will be named and possibly not-so-shamed (where’s that word, ‘pride’, again?). Mondays are a particular treat with almost always a quote from Barrie Cassidy or any other panellist on ABC Insiders, screened the day before. Double points if a News Limited panellist on Cassidy’s program “corrects” a panellist from Fairfax. Incidentally, on the subject of the News v ABC battle, check out Media Watch from last week.

Just a Jump to the Right.. Far-Right-Wing members of the Abbott Government (eg. Cory Bernardi) will join Coalition relics (eg. Peter Reith et al) in writing or saying something controversial, of which Abbott can “distance” himself by uttering a limp “that’s not the Government’s current policy position” etc., yet all the while they can make him look positively moderate in his own views.  Whodathunk. Lenore Taylor described this in the Guardian newspaper: “But Bernardi and others are quite deliberately attempting to shift the national discussion, to expand the parameters in order to redefine the “centre” and to pressure Abbott, or at least give him room, to abandon the caution of opposition on issues where the prime minister previously held strong views.”

Just How Broad is the Church?  Anytime there is division, the Libs like to point out they are a “broad church” and 2014 will no doubt demonstrate this further. Whether it will transpire to ‘disunity = death’ is another question. But Bernardi and his ilk will rear their heads again, setting off a dressing down from the likes of Warren Entsch and Malcolm Turnbull, and other ‘moderates’ of the LNP (um, anyone?). Either that or Turnbull will be forced to look uncomfortable in his QnA seat while trying to repeat a Government line on something he doesn’t appear to really truly-wuly agree with.

High Voltage.. Bill Shorten will on more than one occasion appear on the tely looking and sounding like he wants to be absolutely anywhere else but where he is. He will make some voters yearn to give him a good passionate voltage kick of electricity, Bill Shorten. In arguably one of the most enviable positions for any first time federal opposition leader, Shorten needs to demonstrate to members within his own party why he was elected leader. Grab the ball and run with it, Bill! Expect him to repeat the line that the country currently has “two opposition leaders”, or that Tony Abbott won the prime ministership and now doesn’t know what to do with it. It’s obviously resonating in focus groups as it’s a message that’s increasingly creeping into Opposition MPs’ vernacular. Incidentally, check out Jane Gilmore’s article in the King’s Tribune, in which she dug up this gem of a quote:

“Too much political thinking is about winning or holding government, rather than about what might be done once you’re there. If our current prime minster had spent more time thinking about how to govern before winning the next election he might have turned out to be as effective a prime minister as he was an opposition leader.” – Tony Abbott on Kevin Rudd, May 2010.

Operational On Water Weasel Words.. Immigration will remain a hell-hole of a hot button topic. Ministers, including the Prime Minister, will continue to evade media or public scrutiny, relying on this new excuse that they cannot talk about “on water” incidents, or incidents of an “operational” nature. For any progressive voters (hi there :)  ), this issue will continue to break your heart – or to prove your heart has blood in it and therefore it is “bleeding”. And that’s not a bad thing.  Expect Minister Morrison and PM Abbott to hold firm on this issue and sadly expect a solid proportion of the electorate to support them. Also expect more eye-rolling from Greens Senator Sarah Hanson Youngat Senate Estimates Hearings (who will now be more inclined to notethe piercing Kiwi accents in the TV show ‘Coastwatch’).

The Golden Oldie.. When “on water” incidents and “royal commission” + “union thuggery” + “bill shorten” have all been exhausted for the day, there will always be that reversion to the golden oldie – the carbon tax and its repeal. Something that seemed so, so “urgent” for so, so long, but, like the “fear” over its implementation, its repeal seems to have lost some of that urgency and currency. Also See ‘Blame Game’, as above.

Sarah ([email protected]) is the editor of feminist monthly Sheilas