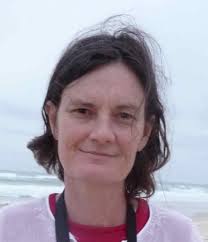 For Margo Kingston’s introduction to the No Fibs CSG project, click here

The campaign against coal seam gas mining (CSG) along Australia’s eastern seaboard is the biggest grassroots movement to emerge in recent history.

For the first time in a very long time we have environmentalists lining up alongside farmers in a united cause that crosses cultural, political and social divides.

We are at a pivotal point for the future of both mining and the environment in this country – the decisions made now by our political representatives will decide once and for all whether and how mining rules our lives, and the costs we’re willing to wear for our land, our water and our communities.

No Fibs is calling for citizen journalists who are interested in reporting on their local CSG campaign.

This is immersion democracy. It’s participatory democracy. It’s a project that empowers people to make and publish their own observations, rather than relying on old school, traditional media for their news.

For information about No Fibs’ standards of reporting, click here.

These are exciting times and No Fibs intends to be there to report them.