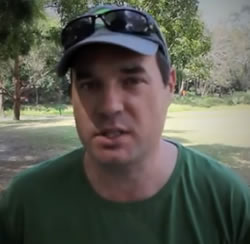 David was born in Gosford, NSW. He worked in the IT industry for twenty years for large companies such as Vodafone and Telstra. As the Grace Collier condemnation of Former Prime Minister Julia Gillard’s attire went to air, David went to work on checking the facts. With a lead from fellow Twitter followers, it was soon obvious that Collier was embellishing the truth. The ‘Destroying The Joint’ movement picked up on the revelation and posted it to an international audience. This gave NoFibs its first international exposure. You can read the story here.

David has also been reporting on former Liberal National Party member Scott Driscoll who is currently under investigation by police, Queensland’s Crime & Misconduct Commission and the Queensland Industrial Relations Commission. This will be a long running case, most likely to run over years. At present no charges have been laid and Mr Driscoll denies all wrongdoing.

When David’s son Jaden was born with a genetic deficiency, David became an advocate for disability care and rights in Australia. He is a strong supporter of the National Disability Insurance Scheme (now relabelled DisabiltyCare). He moved to Queensland where the ancestral family originated. At that time the state government provided better care and therapy for his son. David is a full time carer for his son and in quiet times contributes to the Fifth Estate with his websites greenshack.info and www.info4carers.com.

“I’m probably not much of a journalist but love to write. I’m quite good at collating and researching information; correlating dates to faces and events. I think our role as citizen journalists in the Fifth Estate is to question the mainstream media through social media and blogging. We should strive to enhance what is reported but never seek to replace professional journalists. Initially, I wasn’t expecting too much out of Twitter but I discovered so many wonderful writers and commentators that I was inspired to keep writing myself.”