Dean O’Callaghan brews beer to save the planet in Wills: Interview by @Takvera 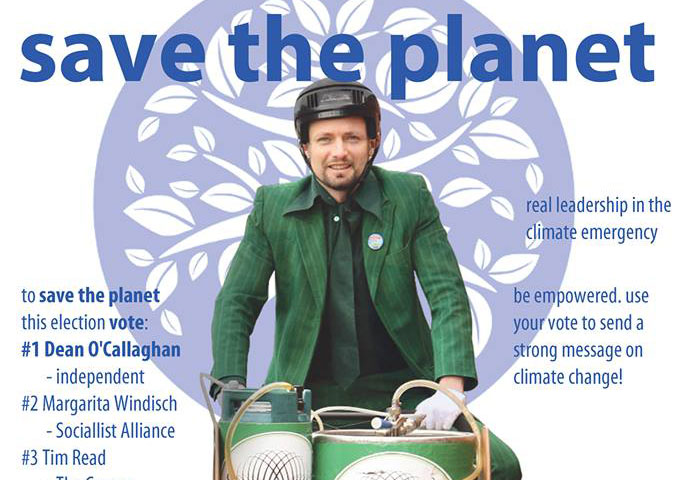 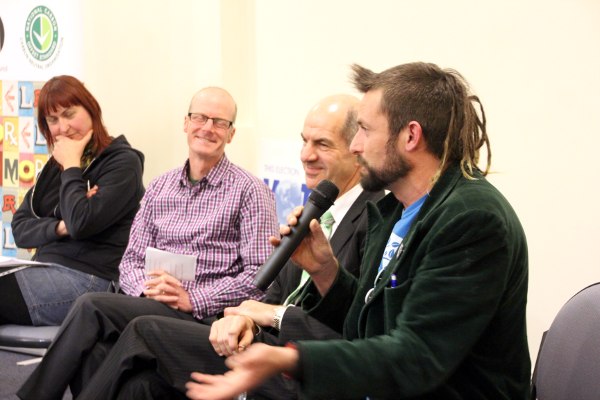 Meet Dean O’Callaghan, or Deano Goodbrew, as he is known around the streets of Moreland in Melbourne’s inner north. He is standing as the only Independent in the seat of Wills.

Dean runs a small sustainable business called the Goodbrew company. “That is my bread and butter. I started the Goodbrew Company in 2007 and it’s a business set up to make beer, events and social gatherings. In general to be wholly sustainable. So I put solar panels on brews, kegs on bicycles and ride to socially and environmentally aware events and I pour drinks into composting cups. People dig it. That’s my job,” he told me in an interview.

Dean is part of the Save the Planet Party which formed this year, but the election was called before party registration was finalised. According to the party launch event, candidates are running in six Victorian electorates of Corangamite, Melbourne, Batman, Wills, Kooyong, and Bendigo. Preferences may prove important in Corangamite and Melbourne.

“We’re a single issue political party and we would like to Save the Planet from the devastating effects of mass industrialisation and carbon emissions that have pushed us up to 400ppm in the atmosphere. In a nutshell we want to create solutions to ensure future generations don’t struggle with the effects of drastic climate change.” he said.

He was one of the candidates who gave a presentation and was questioned at the Climate Action Moreland Meet the Candidate Forum on August 19.

“We are saying we have a climate emergency. It is something we need to talk about, to realise we have a problem, before we can address the problem, and then solve the problem. We started our political party recently to make sure everyone knows about the problem so we can do something about it.”

He has degrees in Computer Science and IT from RMIT but considers himself a lateral thinker. I asked him about the refugee issue.

“We have so much space in Australia, where we could have refugees… This is not a Save the Planet policy, but I firmly believe that we need to do whatever we can to mitigate the effects of climate change – we are going to get massive amounts of climate refugees very soon. The way that we deal with this problem is that we need to create opportunities for these refugees to be able to live, eat and be productive by producing solutions.”

Dean drew a word picture of refugees being settled in a modern and diverse community similar to the idea of the Multifunction Polis that was explored in the early 1990s for Adelaide. “There is not actually a need to stop the boats,” he said.

Dean believes we should be instituting the stationary energy plan of Beyond Zero Emissions which argues that we could transition to 100 per cent renewable energy within 10 years. But he wants to go beyond just energy self-sufficiency and develop excess capacity to export the energy.

“Embedded energy in aluminium could bring down our environmental impact – the way we are able to draw down carbon from the atmosphere by creating energy embedded things with zero emission energy in the Australian deserts through concentrated solar thermal projects accompanied by efficient bauxite mining. We have got so much resources in this country that could be turned into high value embedded energy exports that could bring down the carbon footprint of not just Australia but other nations as well. If we had that going now, then there would be a lot less climate refugees coming to Australia in 30 years time,” he said.

In Wills we will experience longer, more intense heatwaves which will increase heat stress and mortality rates, further amplified by the Urban heat island affect. The 2009 Black Saturday bushfires killed 173 people, but 374 people died in Victoria due to the heatwave conditions according to Victoria’s chief health officer, Dr John Carnie. I asked Dean what we should do to adapt to heatwaves in the short term, as it applies to the urban environment of Wills.

“Save the Planet has a community rollout plan where we are basically working with community to make as many communities as possible part of the transition decade – the transition town movement.” Moreland has at least two groups based on this philosophy: Transition Coburg and Sustainable Fawkner.

“We firmly believes in making people safe and climate ready. Climate safe: we do what we can to limit our carbon emissions. But we also prepare for what life is going to be like as our temperate zones shift all over the place, extreme weather events become more often. We need to tool up. The professionals in the health care industry need to understand what the effects of climate change are going to be. Climate Safe, climate ready is a really good initiative,” he said. 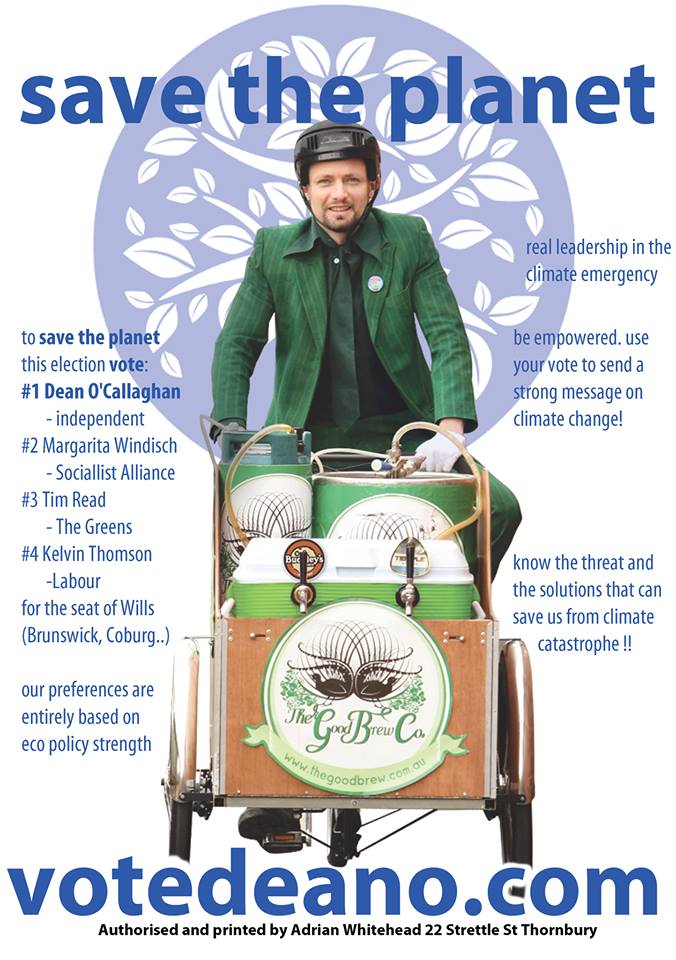 “So Socialist Alliance has a particularly strong climate awareness policy. We give her [Margarita Windisch] the next preference. For the senate ticket… we preference Wikileaks and Socialist Alliance. At the end of the day the Greens are going to get the vote,” he concluded.

You can check out Dean O’Callaghan’s Deano4pm Facebook campaign page.