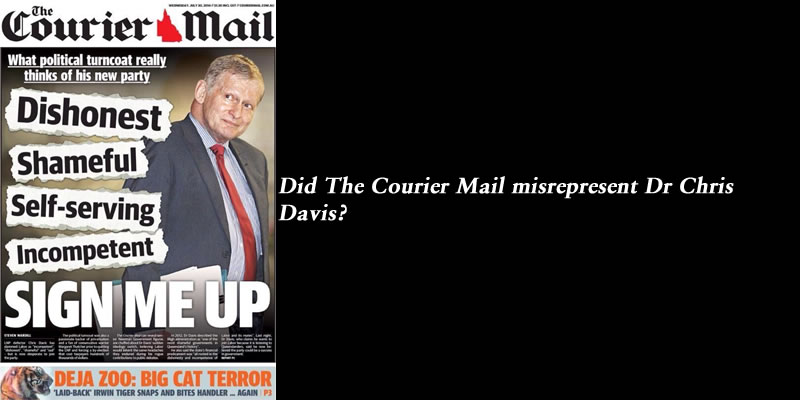 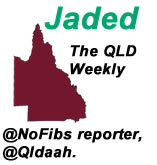 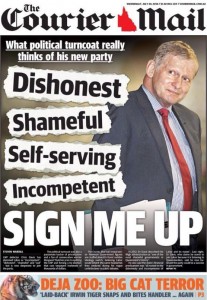 Elected to the seat of Stafford in 2012, Davis took on the role of assistant health minister in the Newman Government. He was a critic, albeit quiet, of the former Beattie and Bligh Labor governments over their non-delivery of services, particularly in the area of health.

In March of 2014 he rose to prominence when he broke ranks with his government to defend public hospital doctors when new contracts were enforced with very little consultation. Initially seeking to be a go-between, he spoke at multiple rallies at which no other LNP MP dared to attend. Even during the most devastating of times when his daughter Jessica died in a road accident, Davis continued to front up at meetings to canvass doctor’s concerns and consult with one of the groups of Queenslanders he believed he could best represent.

By May of 2014 he’d been sacked from his assistant health portfolio but was battling his own party on a new front over the raising of the political donation declaration limit from $1000 to $12,400. Throughout his battles he’d always maintained a position of “judgement and conscience in the public interest”.

And then he was gone. A resignation on a slip of paper passed late one night to the Queensland Speaker of the House initiated a by-election for his seat of Stafford.

After Labor reclaimed the seat with an 18.6 percent swing, Davis announced his resignation from the LNP and filed an application with the Labor party for membership stating that “the perception in the community is that Labor has the commitment to listen to the electorate”.

On Wednesday the @couriermail admonished him as a ‘turncoat’ and plastered his comments against the Labor party over it’s front page.

However, were Dr Davis’s comments cherry-picked and taken out of context? Mid-afternoon he released the full text of what he’d sent to the news organisation, drawing parallels to the criticism labelled at Tony Fitzgerald QC.

You can read his full statement here.