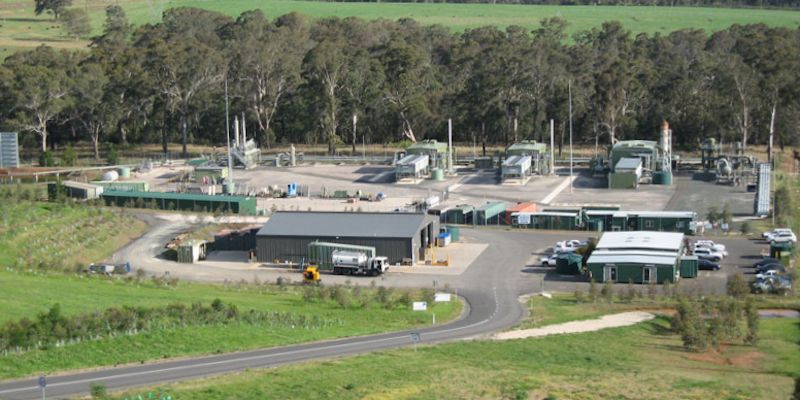 No Fibs environment reporter
In his active semi-retirement, Richard is seeking to make contributions to the sustainability of society by sharing his knowledge and experience in the development and understanding of core values, ethics and morality, political and corporate leadership, motivation, environmental sustainability, renewable energy and climate change.

Richard holds a BE in Electrical Engineering (UNSW) and an MSc in Astronomy (Swinburne). He has specialised in acoustics and vibration engineering since 1972 and commenced an independent acoustical consulting practice in Sydney in 1978. Over the ensuing 35 years, Heggies Pty Ltd expanded to become a widely recognised, multidisciplinary environmental services company employing 130 staff in offices across most large cities in Australia and in Singapore and New Zealand. Its areas of expertise included air quality, land quality, wind engineering and hazardous materials. In 2010, Heggies merged with mid-size international environmental consultants SLR Limited. Richard retired from the role of managing director and chairman of SLR Australia in 2013. Richard has experience in a broad spectrum of environmental projects. He has carried out noise and vibration impact assessments for major industrial and transportation projects (road, railway and aircraft), including Westlink M7, Sydney Harbour Tunnel, Chatswood Interchange, Epping Chatswood Railway, New Southern Railway and the M2 Motorway. He has specific expertise in the measurement, assessment and control of the effects of noise, vibration and blasting emissions from mining, quarrying, construction and excavation projects and in the investigation of the response of structures and building occupants to those emissions. Richard has extensive experience in the architectural acoustical design of large commercial and residential developments, cinemas, studios and performance spaces, hotels, resorts and marinas and large port developments. He has prepared and presented expert evidence at numerous commissions of inquiry, public meetings, and hearings in the Land and Environment Court, the District and Licensing Courts and the Workers' Compensation Court. Richard is a past Chairman of the Association of Australian Acoustical Consultants and has served as a councilor and federal treasurer for the Australian Acoustical Society. He has worked on the organising committees for several national and international acoustics conferences and was the creator and first editor of the Technical Journal of the Australian Acoustical Society. Richard has been a committee member of the Astronomical Society of NSW and instigated and led a new technical group to develop public interest and members’ technical skills in digital astro photography. He is an active Member of the Australian Earthquake Engineering Society and a member of the Australian Institute of Company Directors. 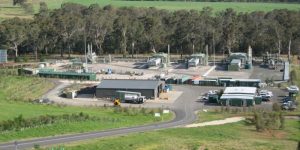 The Final Report of the Independent Review of Coal Seam Gas Activities in NSW was released by the NSW Chief Scientist and Engineer (CSE) on September 30, 2014.

The technical, business and academic qualifications and experience of the Chair of the CSG Review, Professor Mary O’Kane, make her eminently suitable to have guided this complex, 18 month review

The process produced a series of independent, wide-ranging and comprehensive reports which have been broadly welcomed by the government and the major CSG industry supporters and its opponents. With a few exceptions (Alan Jones, who later apologised), most responses recognise the independency of the review process and note its extensive consultation and engagement with experts, government officers, the industry and the community.

For lay-persons who remain undecided or uncertain on overall or specific areas of concern regarding CSG exploration and extraction, summaries in the Final CSG Review Report and the 5 Supplementary CSG Reports from the CSE are readily accessible sources of information. For those wishing to delve more deeply into technical issues, the expert background papers are published on the CSE website.

The Review concluded that the technical challenges and risks posed by the CSG industry “can in general be managed through:

“All of this needs to take place within a clear, revised, legislative framework which is supported by an effective and transparent reporting and compliance regime and by drawing on appropriate expert advice.

“Of course, as the technologies involved are applied in new regions where the detailed hydrogeology is not yet fully characterised, there could be unexpected events, learnings, or even accidents.”

Section 4 of the Report presents 17 detailed recommendations, grouped across 5 themes:

Close reading of these recommendations and the broad commentary from many the industry and community warn that the suite of actions required to reduce CSG risks to socially-acceptable levels are far from trivial. Indeed, some people are sceptical that those responsible for implementation the actions are likely to have the necessary resources, the time or the will and determination to see them through.

The major NSW CSG industry proponents seem to have generally focussed on the Review’s words “the CSG industry can in general be managed”. There is a risk that they will see the Report as a “green light” and discount the Review’s findings that there are potentially significant risks requiring substantial strengthening of the current legislative and regulatory framework. Understandably, the major CSG companies already profess their technical professionalism and their ethical practices, perhaps not recognising (or being ready to admit) that the Review identified the need for appreciable improvement in these areas as well.

Groups generally opposed to the CSG industry have highlighted the risks and uncertainties brought forward in the CSG Review Final Report, including its call for “unprecedented regulation and monitoring” if the risks are to be managed successfully. Some groups, somewhat justifiably in light of initial industry reactions, are fearful that the Final Report will be viewed by the CSG Industry as a ‘green light’.

Santos (Narrabri CSG project) published a response stating that “the overwhelming message from these reports, including the final report from the NSW Chief Scientist, is that when properly regulated natural gas extraction from coal seams can be done in a safe and sustainable manner. Santos is committed to high engineering standards and best practice approaches, particularly in relation to water, environment and community engagement”. 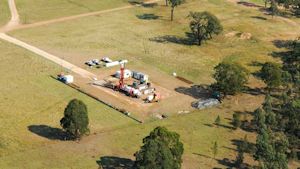 AGL (Gloucester and Camden CSG projects) commented on its website that “the Review concluded that while the CSG industry has several aspects that need careful attention, as do almost all industries, it is not significantly more likely to be more damaging or dangerous than other extractive industries”.

The peak national body representing Australia’s oil and gas exploration and production industry, the Australian Petroleum Production & Exploration Association (APPEA), welcomed the CSG Final Report, saying the report “should give the green light to the responsible development of the state’s natural gas resources”.

In responding to the CSG Final Review Report, the Stop CSG! Illawarra group called on the government for the current ban on CSG activity in water catchment areas to be made permanent, citing support from the Sydney Catchment Authority for this outcome. The group’s position was justified, they said, by the Final Report’s admission that “there are no guarantees” and that “it is inevitable that the CSG industry will have some unintended consequences, including as the result of accidents, human error and natural disasters”. They were critical of Professor O’Kane’s acceptance that managing these “unintended consequences” would effectively become a “learn as we go approach”.

In a response in The Conversation to the Final CSG Review Report, Professors Melissa Haswell and David Shearman, affiliated with Doctors for the Environment Australia, put forward their view that major health concerns remained unresolved. They felt that few “identified public health representatives’ were invited to the CSG Review’s meetings, risk workshops or consultations” despite formal submissions from their own group and others.

The CSG Review prepared a supplementary report Managing Environmental and Human Risks from CSG Activities. In preparing this report, the CES commissioned an independent expert report from Vaneckova and Bambrick from the Centre for Health Research at the University of Western Sydney Approaches to Baseline Studies of Human Health in relation to Industries with Potential Environmental Impact. A key finding of this commissioned report was that the authors “could not find any specific peer-reviewed literature about the effect of CSG-related mining on health. The impact of other types of mining in peer-reviewed literature is documented, but it is uncertain how directly this translates to potential health risks of CSG mining”.

This statement indirectly supports the view of Haswell and Shearman. The CSG Review’s supplementary report of environmental and human risks acknowledges the dearth of reliable epidemiological health risk studies that is an inherent consequence of the presently small scale CSG operations and low exposed population sizes in Australia.

The APPEA welcomed the Chief Engineer and Scientist’s Final CSG Review Report and interpreted its findings as a ‘green light’ for the industry.

NSW Greens MP Jeremy Buckingham also welcomed the report, but (conversely) said that “this report is a ‘red light’ for the current coal seam gas projects at Narrabri, Gloucester and Camden, and they should be halted and no new projects should be approved until the government has digested and responded to this report with significant legislative and regulatory reform”.

It is likely that many supporters of the CSG industry would (on this rare occasion) generally concur with the sentiments of Jeremy Buckingham’s words regarding the need for a considered and effective government response (but perhaps not shutting down existing operations).

It is now up to the NSW government to introduce legislation and a supporting framework to provide reasonable certainty to the industry and the community. With the next NSW state election only 5 months away, no immediate decisions are likely to be forthcoming.  The major political parties should be pressed however to define their respective positions on CSG Industry Reform so that the electorate’s voting is properly informed. No Fibs’ task will then be to hold the next government to account.