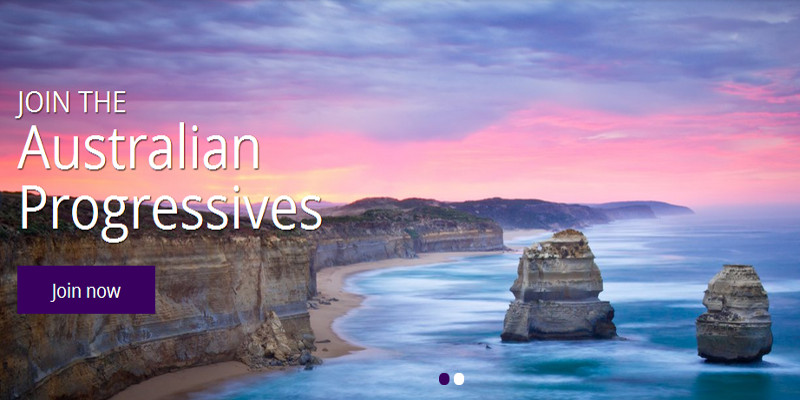 A source inside a group called the Australian Progressives has told NoFibs they’re in the final stages of preparing to register as a political party with the Australian Electoral Commission.

No Fibs has been provided with the names of some people involved in setting up Australia’s soon to be newest political party on the condition we keep the information confidential at this stage.

However we can confirm some of the people involved in the creation of the new party are highly respected giants of public life in this country.

No Fibs believes the new party will register with the AEC (within a few weeks) as Australian Progressives and they already have the 500 members needed to register as a political party with the AEC.

Since the 2013 Federal election, communities have been seeking to grab hold of their own political destiny.

In what should have been a clear warning to the major poltical parties, a grassroots movement Voice4Indi (now Voices4Indi) took control of the political agenda, backed an independent candidate, and took the federal seat of Indi away from the Liberal Party.

Since then other community based Voices4 groups (or by other names) have sprung up around the country, including Strathbogie Voices (@BogieVoices).

In March, over 100,000 people took to the streets to demanding better government based on decency, the common good and compassion.

Largely ignored by the main stream media, #MarchInMarch drew together people of all ages and political persuasions with a huge array issues.

One thing #MarchInMarch and Voices4Indi (@voicesforindi) and various similar groups have in common is the idea the political agenda should be set from the bottom up, not from the top down.

The core difference between the Australian Progressives and other parties is that we do not believe in limiting ideologies like left, right and centre, but instead believe in any idea which unleashes human potential. We do not simply aim to use our membership around election time, but invest in our members’ skills and passions on an ongoing basis. We trust in our members to build an extraordinary organisation, and thus will also be promoting an organisational culture of learning, mentoring and leadership development. In addition to traditional political activities, our members will be engaging their local communities and state and federal governments on issues they care about – as advocates, lobbyists, community builders and entrepreneurs. Our organisation will be the central hub for progressive organisations in the community, allowing collaboration between groups with common vision and values.

The above statement is extremely similar to the same set of aims and core values which drove the success of Voice(s)4Indi and has seen similar groups form.

As has been suggested numerous times by NoFibs citizen journalists since the 2013 Federal election which saw Cathy McGowan MP (Indi) along with Voice(s)4Indi seize power from the Liberals Sophie Mirabella, Australian’s are seeking to reclaim their political power from the major parties and start a respectful, inclusive political conversation in which peoples views are respected.
Also see Margo Kingston’s piece: Reporting grassroots greenshoots when faith in establishment politics dies.

Voices4Indi is not a political party, it seeks to be a bridge engaging citizens and politicians from across the political divide.

Australian Progressives seek to cross that same political divide in the context of a political party. If the names of some of the people involved in the creation of the new party is an indicator, they’re well on the way to achieving this.

Liberal Party of Australia, Australian Labor Party and Australian Greens, look out, Australian politics is about to get interesting.