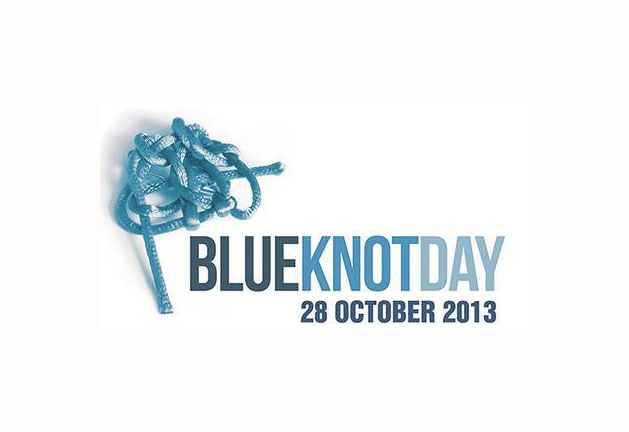 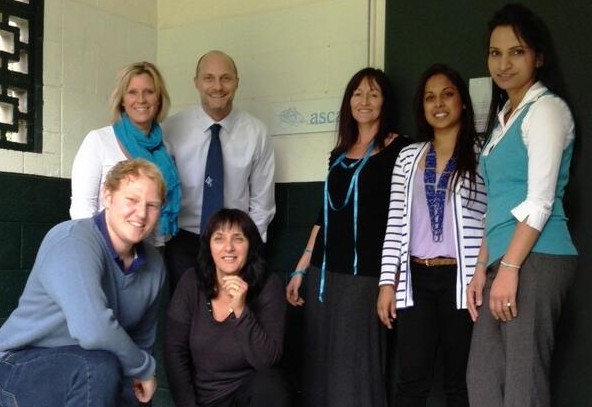 On Saturday, October 19 I picked up a postcard promo at my local caffeine dealer and had a little idea. Five minutes later I was home and emailing The Launch Group, the PR company dealing with this year’s Blue Knot Day  launch on Monday October 28.

I suggested I do a live interview via Twitter with someone connected to the Adults Surviving Child Abuse event. The ‘live interview’ evolved to Twinterview, an interview conducted over Twitter. Here’s a link to the Storify

The saw the interview as a different way of collecting and presenting stories, and as a new experience as a journalist. Practically, I hope it helps me find a job.

The Launch Group reps loved the idea, and at 2.30pm on Wednesday, October 23 I was interviewing ASCA’s Dr Cathy Kezelman on Twitter. She was on the @BlueKnotDay account and I was on @ChrisToppSydney.

In the lead up to the interview, Dr Kezelman asked for an outline of possible questions as she was unfamiliar with Twitter. I gave her this outline:

Welcome; use of images with some questions; ASCA? BlueKnotDay? stats; her  personal involvement?; Why? When? Questions that arose organically from her replies. Final comments.

I felt that any reasonable PR could predict most questions for her, so didn’t have any issues with providing this outline. I suggested that an image or Vine of Dr Kezelman doing the interview would be great to add to the Storify I would do. My proposal included writing a ‘traditional’ story based on the inteview, and putting it all on my tumblr for anyone who wanted to grab it. Vanity meant that a Vine I filmed of myself welcoming Dr Kezelman to the interview did not live to see the light of Twitter.

Dr Kezelman placed no restrictions on the interview; I proposed limiting it to 45 minutes so people didn’t lose interest, and to keep me on my toes. I spent about 5 hours researching and sourcing images, and then hoped for the best.

The last time I reported news was in late 2008 from Bangkok for The Australian’s website when Suvarnabhumi International Airport was closed. I wrote stories and provided audio for the website. I was graphics editor for the print edition of the paper at the time, and on holiday in Bangkok.

Because I’ve worked closely with  tabloid editors such as Roy ‘Rocky’ Miller and Jeni ‘Jenster’ O’Dowd (both at The Sunday Telegraph),  I’m very aware of the importance of marketing, so I started tweeting, as did @BlueKnotDay. The exercise confirmed to me that digital journalists now need to add marketer to their skillset.

I phoned the executive producer of a program to see if he’d be interested in a story on the digitality of the interview.

He was concerned that it would be a “free kick” for Blue Knot Day. I thought: I’ll give you a free kick, mate. Although he did think my suggestion to cover the event on the program’s website might work.

His reaction, and that of other media outlets, gave me an idea for another project I’ll pursue next week.

For me, the Blue Knot Day interview was over in a flash. My PC froze (it’s high-tech digital journalism at my place) mid-interview, so I quickly reverted to my iPhone, which I found easier, partly because I wasn’t having to deal with the 3-minute difference between the devices.

I forgot to put hashtags on a few questions, and I should have made it clear that answers of more than one tweet needed a continued symbol, but overall I was pretty pleased with how it went. It was far removed from a ‘traditional’ print interview, when the reader doesn’t get to see the pauses, poorly worded questions and subeditors’ corrections.

After the interview, I was deflated, and missed that feeling of being able to interact with colleagues after a significant interview/job/event. I was a bit overwhelmed by the tweets that started coming in, so turned my phone off, talked myself out of throwing my unfaithful PC off the balcony, and went for a long swim before I started storifying, writing, and replying to tweets. When I’d written the ‘traditional’ story and uploaded it to tumblr, I tweet-marketed it as TWITTER EXCLUSIVE.

My rebooted PC is now on it’s final warning after it couldn’t quite finish the Storify, meaning I ended up at an EzyMart cafe with internet near the Hyde Park end of Sydney’s Oxford St.

The dude behind the counter was reading aloud from his Qu’ran, providing an unexpectedly serene end to a challenging day.