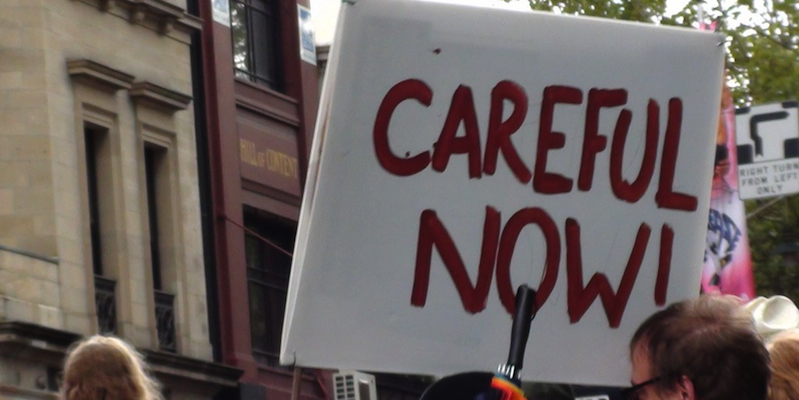 Citizen journalist at No Fibs
Kevin is a retired secondary teacher, a unionist and Australian Labor Party member since 1972. He spent 8 years teaching in the Northern Territory, 4 in Katherine, followed by 4 in Maningrida, an Aboriginal community in Arnhem Land. He returned to Melbourne in 2008. 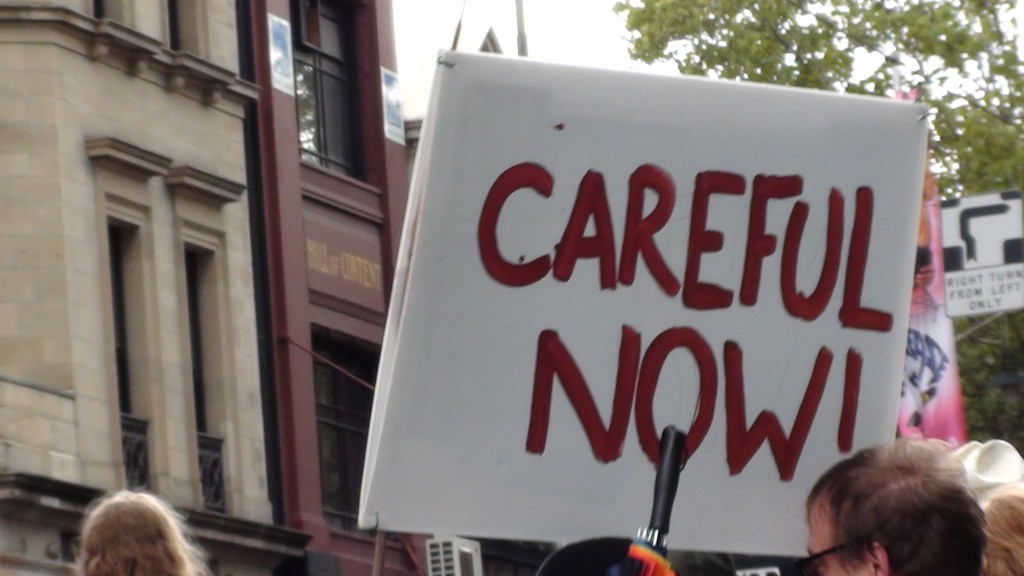 A cross-post with the Australian Independent Media Network.

The Marches in March continue to glow with controversy. Never did so few gather so many, without engaging the usual suspects of the old media, the political parties, NGOs, the unions and the activist groups. There had to be a dark side to these events. The people can’t have minds of their own! Or if they do they must be warped!

Tim Dunlop has joined the fray with a post at The Drum: Rage against the mainstream

The fact is, the media’s lame response to an estimated 100,000 citizens showing up on the streets around the country is indicative of a deeper malaise: the rules of news have changed, and increasingly legacy media companies have neither the capacity nor the wit to operate in the new environment.

His target was The Sydney Morning Herald’s Jacqueline Maley.

Tim’s piece follows Lyndon Morley spirited offence at Independent Australia in support of his sign RESIGN DICKHEAD! He was replying to Andrew Bolt’s slanted reporting at The Herald Sun. Bolt was comparing the remarks about Abbott with those of Alan Jones about Julia Gillard. As usual he saw red: “But who will apologise for the parade of hatred in today’s March in March?” He found what he was looking for, of course.

I’ll leave jousting with the black knight of bigotry to Lyndon.

Matthew Donovan tackled The Daily Telegraph’s Tim Blair over what he called “delusions and blind or wilful ignorance” on The Australian Independent Media Network (AIMN) on Wednesday. His message: “I will not let you smear the good people who marched”.

I’ll just stick to what I saw and heard in my hometown. To flip the record, I’ve compiled some offcuts that didn’t make my original video piece on the Melbourne #MarchInMarch, not for the signs of the times but for the faces of the people:

One of the more appealing aspects of the Melbourne march was the signs. By and large, they were not offensive. Some seemed to have gone to extremes to be polite:

We Can Do Better!

In fact most were homemade and some appeared to be the handy work of people more accustomed to writing letters-to-the-editor, pamphleteers rather than sloganeers:

Human Dignity Is Independent of National Borders. We must Always Defend the Interests of the Poor and the Persecuted.

Many were decidedly to the point:

Wanted for Crimes Against Humanity and Our Planet.

No More Racism, No More Bull, Australia’s Nowhere Near Full!

No Justice, No Peace.

Some were a tad obscure:

This one had two sides:

Very few signs that I saw were truly offensive or in bad taste. This exception was timeless and certainly open to the charge of not being focussed:

It probably wouldn’t resonate with Bolt quite like ‘Fuck Tony Abbott’ T-shirts did.

Monday’s Media Watch looked at a coverage paradox, namely how the old media both ignored and condemned the marches. Paul Barry picked up the threads:

A bevy of right-wing columnists have accused the ABC and Fairfax of failing to condemn some vicious anti-Abbott placards, carried by a handful of marchers.

But it was not just the Right that was unhappy with the way the March in March was covered.

Many protesters felt that 31 marches and tens of thousands of people deserved far more attention.