Farmers unite behind the environment on the #leardblockade: @_stephwilliam_ reports 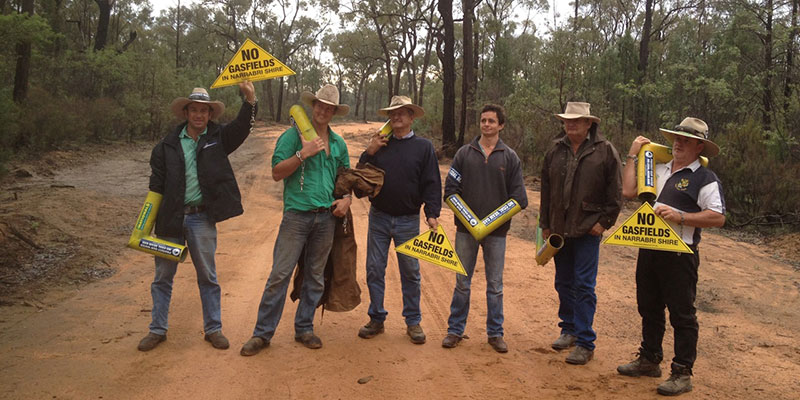 Journalism student at University of Technology, Sydney
I chose to study journalism due to my deep curiosity in the world around me, and my firmly held belief in the public’s right to know. Though I’ve always been a Sydney girl, my recent trip to the Narrabri/Boggabri area put the significance of country NSW into perspective, and increased my determination to push the rural community’s concerns into the mainstream where it can be properly addressed.

First year journalism students of the University of Technology, Sydney, are required to undertake field work as part of their degree. ‘News Day’, as it is known, consists of the subject co-ordinator and tutors finding stories for students, sending them off to investigate and write the story up according to a deadline. The subject co-ordinator asked who would be willing to travel west of Sydney for a story, and there were four volunteers. “We were required to drive to the Leard State Forest to uncover four angles on the same event,” one of the students, Carly Wladkowski, said. “The discovery of stories required us all to be open with communication forms, such as Twitter and Facebook, to allow us to find sources and arrange meetings. It was a rewarding experience, learning how to capture and bring the issues of others to the public.”
[clear]

Activists from the Lock the Gate campaign, including ecologists, fear mining companies such as Whitehaven Coal will exploit the Leard State Forest and overlook local concerns about the safety of endangered flora and fauna in the area.

“In the Leard State Forest, there are 396 species of native flora and fauna: 34 are on the endangered list,” said Lock the Gate activist, Murray Dreschler. “It cannot be replaced.”

Whitehaven Coal declined to comment, but in an ecological assessment conducted by Cumberland Ecology in 2011, “two threatened flora species” and “18 threatened fauna species” within their project boundary are acknowledged.

Environmental ecologist Phil Spark said: “The clearing of the forest is going to involve 540 hectares of a critically endangered ecological community, and that community has already been reduced to 0.1 per cent of its original extent.”

Idemitsu Kosan attempted the rehabilitation of flora through the systematic plantation of three native species, however, the rehabilitation site failed to encourage the resettlement of displaced fauna, and did not replicate a natural and diverse environment.

Concerns over diesel pollution have also been expressed, due to the high levels of traffic caused by the mines through the bushland. Current effects of noise and light have disrupted local fauna’s natural patterns, and have also raised concerns among local property owners.

Ecologists and environmental activists both expressed their frustration with the lack of intervention and co-operation of government. “There should be a Royal Commission into it,” Mr Spark said. “The mines have been approved, and those who know that this is wrong are getting more and more angry because the government is sitting on their hands and doing nothing.”

Further mining plans by Santos for a Coal Seam Gas (CSG) mine at Narrabri also also of concern to Lock the Gate activists. Santos declined to comment on this case.

In a fact sheet released by Santos, it stated: “CSG’s environmental and carbon footprint is smaller than other extractive fuels like coal”. This has not allayed the concerns of local farmers or activists.

The results of a recent survey of 172 local farmers suggest 92pc of respondents were against the proposed plans for the Santos CSG mine. The mine would lower the water table by a predicted 20 metres and salinise the water, causing many local farmers to lose their businesses due to water contamination.

Lock the Gate activist Ursula da Silva, said: “We need people to start stepping up to the next level where they’re prepared to get arrested. It’s about taking action before it’s too late.”