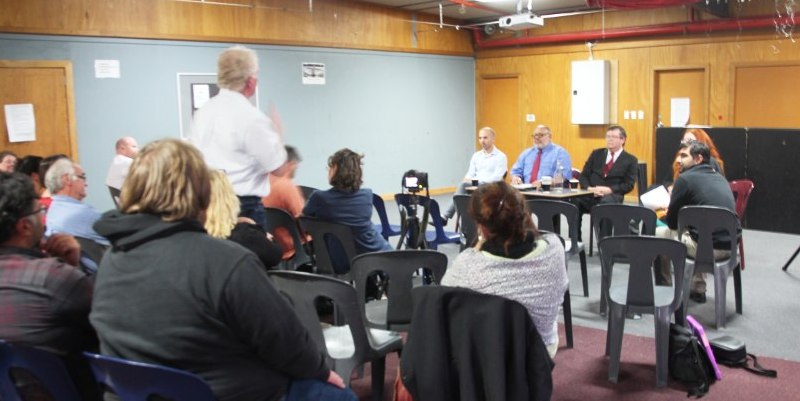 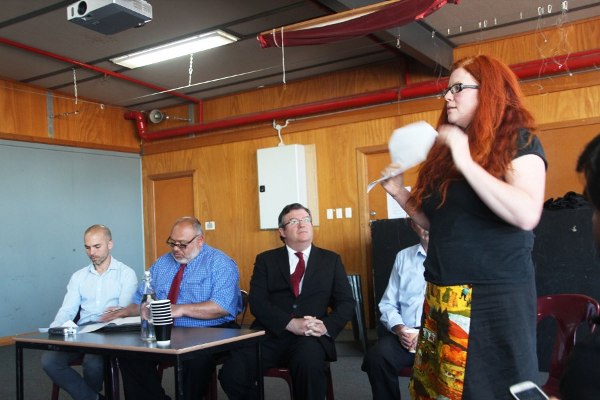 Broadmeadows is one of the ALP’s safest seats in Victoria with over 20 per cent two party preferred margin to the Liberals. Because it is safe it gets largely ignored by the Liberals when in office, and to a lesser extent, also ignored by the Labor party who direct more funding for projects in their marginal seats.

The electorate is located in northern Melbourne stretching from the northern suburbs of Glenroy, Hadfield and Fawkner in the City of Moreland up to Dallas, Broadmeadows, Westmeadows, and Meadow Heights in the City of Hume. It is located across the Federal seats of Wills and Calwell.

Fawkner is a socially disadvantaged suburb in the southern part of the Broadmeadows electorate. Although historically the suburb was once part of Broadmeadows Council area along with Hadfield and Glenroy before the Kennett era council amalgamations, now it is part of the north eastern ward of Moreland Council.

It is a suburb that has a tendency to be shunted or divided between state electorates as electoral boundary redistributions occurr. Previous to this election the suburb was part of the Thomastown electorate with State Labor MP Bronwyn Halfpenny. Bronwyn worked hard to represent the citizens and understand the issues in Fawkner including advocating for the suburb to be part of Fare Zone 1.

The sitting State Member of Parliament for the seat of Broadmeadows is Frank Maguire, who took over the reigns of the seat when state leader of the parliamentary Labor Party, John Brumby, retired at a by-election in 2011. While Maguire and his more famous brother Eddie grew up in Broadmeadows, he currently lives well outside the electorate in a Melbourne bayside suburb.

A former Walkley award winning journalist, Maguire has championed the Hume Global Learning Centres located at Broadmeadows and Craigieburn. This has been a particular hobby horse which Maguire waxes lyrical about at every opportunity. But he is also keenly aware of the social problems in the area. Here is how Maguire describes Broadmeadows in a recent opinion article : Broadmeadow is tough but it needs backing (Herald Sun 10 November 2014)

There is no doubt that the Global Learning facilities and connections assist with educational opportunity in the north, but it is insufficient by itself to resolve the problems associated with extremely high rates of unemployment and disadvantage.

On October 29 Federal Labor MPs for Calwell and Wills Maria Vamvakinou and Kelvin Thomson issued a statement on the jobless rate for this area:

Ford’s decision to close manufacturing operations at it’s Broadmeadows plant will further exacerbate unemployment rates in the area, with substantial flow on impacts to many small auto dependent based businesses in the area. I discussed the Ford closure and economic transition during the Federal election in August 2013.

Fawkner is also a very diverse community. Less than half the residents were born in Australia, with a large proportion – 24.8 pc – professing to be followers of Islam. About 30 pc of the population are on a low income, as compared to the Moreland average of 9.3 pc. As sections of Fawkner such as Moomba Park were settled in the 1960s, there is a higher than average percentage of people aged more than 70 years and older, and also a higher than average number of young children than the rest of the municipality. English is spoken as the main language in only about 32 pc of homes in Fawkner. A large proportion of the population of Fawkner do not have any educational qualifications with about 7 pc possessing university degrees. (Moreland Council Fawkner profile)

There are a large proportion of families on bridging Visas, which disallows them from employment with very limited income and resources and expected to survive in the community, often with very little english skills or dedicated support. (See United Nations High Commissioner for Refugees December 2013 report on Asylum-seekers on bridging visas in Australia: Protection Gaps (PDF)

Moreland Council has identified the level of social disadvantage in Fawkner and established the Fawkner Community Strengthening Committee consisting of ward councilors and interested citizens to enhance economic opportunity and social connections and act as a conduit for Council in helping to ameliorate some of the specific issues for Fawkner. 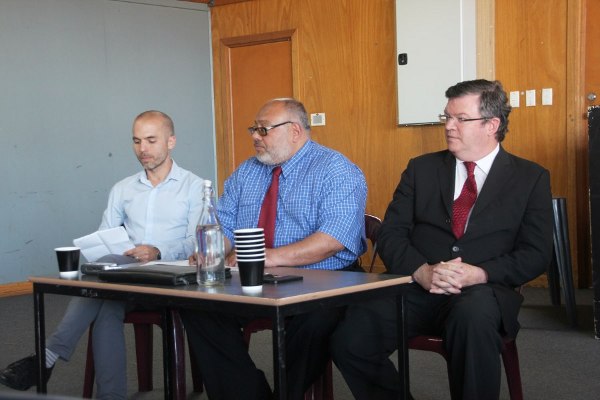 Against this backdrop, the Fawkner Strengethening Committee organised a candidates forum at the John Fawkner Secondary College and invited the three confirmed candidates: Labor’s Frank Maguire MP (facebook | @Frank_McGuire), the Greens Jaime de Loma-Osorio (Facebook | @jaimeloma ) and Mohamed Hassan representing the Voice of the West political party (website). At the time the forum was organised the Liberals had not nominated a candidate, although Evren Onder (website) has now been confirmed as representing the Liberal Party.

Mohamed Hassan from Voice for the West at Fawkner #vicvotes candidates forum:

Adequately resourcing and funding the Community House programs were raised, which received a response from Maguire to connect the house to the Hume Global Learning Centre programs. This was criticized as insufficient and not addressing the needs of those people who rely upon such services as the food bank and face to face education programs run at the Neighbourhood house.

Maguire briefly outlined “an economic development strategy” that incorporates Melbourne airport and the new wholesale fruit and vegetable markets at Epping and boosting employment in food industry small business across the region. “It is not easy to fix and will take some time” said Maguire. He emphasised new businesses in the area such as CSL Behring who research and manufacture blood plasma products.

A statement from a member of the audience highlighted that there is no direct public transport from Fawkner to the airport or Epping to take up these possible new employment opportunities.

De Loma-Osorio raised that employment opportunities should be made by looking towards the future, “I think we need to look at where the world is headed; what are the current opportunities: renewable energy, energy efficiency. We could become the capital of the north….This is something that Labor should have looked at 15 years ago. There is still time.” which brought some applause from the audience.

Education also figured prominently in much of the discussion, including the denigration of the TAFE system by succeeding governments under both Labor and Liberal administrations. This is one of the questions that was raised:

“Fawkner is a kick-ass community”

And from more general to more specific local issues, Fawkner may have a large degree of poverty and disadvantage, but as one questioner put it, “Fawkner is a kick-ass community”.

“Fawkner is not Broadmeadows, we have very specific localized issues and problems that really need addressing. We are, I think, a reasonably cohesive community. We are incredibly diverse, but we are a quiet neighbourhood. We have very base level issues that need support and help. We don’t necessarily need connection to Broadmeadows or to the Global Learning Village…we need more money going to the people doing a kick-ass job supporting this community on the smell of an oily rag.”

The count on election night, November 29, is perhaps a foregone conclusion in Broadmeadows, with Frank Maguire likely to romp it home. The Fawkner forum indicates that electors want politicians to actually listen to their needs rather than apply stock standard responses.

Safe seats of whatever hue tend to get less funding and pork barreling. While safe Liberal seats won’t feel too much pain with the loss of a little less in funding or infrastructure, the real losers are the disadvantaged in safe Labor seats with a feedback loop of continued social inequality, poverty and exclusion. Fawkner in the seat of Broadmeadows feels the pain, despite being a kick-ass community.