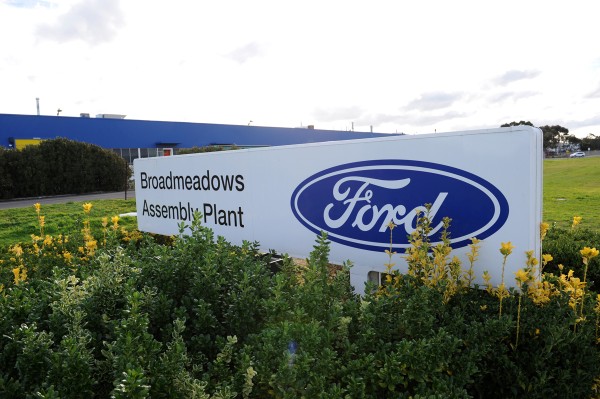 In May Ford Australia announced closure in 2016 of its car manufacturing plants at Broadmeadows and Geelong which will result in the loss of about 1200 jobs when production stops. Car manufacturers have been subsidised by government handouts to entice them to continue manufacturing in Australia. In 2012 the Federal Government gave $34 million to Ford for production until “at least the end of 2016”. General Motors is also feeling the economic pinch in South Australia.

The loss of manufacturing and economic transition are not new to the residents of Melbourne’s northern suburbs. Manufacturing of whitegoods and the clothing industry has been taken offshore over the last 30 years, with all the social pain and dislocation that implies. The Ford closure will impact residents of Wills directly through loss of jobs, as well as affecting the many small auto parts businesses that supply Ford.

Kelvin Thomson explained that reducing unemployment to a level where it is in accord with the state and national averages has been important. He has been involved directly in support of the local manufacturing industry.

We need to think about manufacturing for the future, taking into account issues which are only going to grow in scope: climate change, peak oil and the implications for future transport options.

I asked candidates how they think economic transition should occur using the very real example of the closure of Ford. Kelvin Thomson already has runs on the board on this issue, but the broader discussion of economic restructure and transition for the future is still an important one.

John Englart: I believe you’ve been involved in discussions over the future of the workers and the automotive small businesses? Can you give me some details?

Kelvin Thomson MP: That’s right John. I held a forum in Fawkner in July bringing together the relevant players, the union, the automotive parts manufacturers, Northlink, Austrade, Aus Industry both departmental people and private sector people to talk about the options that are available for workers and companies, particularly the automotive suppliers because it would be very bad if Ford’s departure means that the parts, Ford’s component suppliers have to depart as well. I want to see an alternative future for them, whether it is supplying to other places in the automotive industry or in re-structuring and being involved in other manufacturing efforts.

We brought together the people with expertise and resources, we will be having follow up discussions. The Commonwealth government has put in $30 million, the state has put in $10 million, Ford has put in $10 million for restructuring and retraining very much focussed on the workforce to ensure there are opportunities for the workers to have a comprehensive plan. Work is being done on that and I’m pleased to see the Federal Government, State Government and the community working together to make sure that there are alternatives for workers in this area and that other industries are going ahead.

The forum that we had today [9 August], The Economic and Cultural Development Summit that Frank McGuire chaired today in Broadmeadows was significant in that regard too, because we had Victoria University, CSL and others talking about job and manufacturing opportunities in their areas. We had Melbourne Airport talking about their plans. They are keen on the Melbourne Metro and the rail connection to the airport as opposed to the tunnel.

Labor's New Car Plan for the 2020s will help protect about 600 local Wills jobs that rely on the car industry.http://t.co/ylInQTyh5Z

John Englart: I asked a question at the Greens launch in regards to the Ford Motor vehicle closure. What do you think should be done?

Tim Read (Greens): It is a good time and place to consider how we can spend some money building something that people need, or setting up a service that people need, and hope we can employ around about as many people if not more than was laid of by the factory closure. I don’t think it is essential that we rush out and try and build another car factory. It would certainly be worth exploring the reasons why Australians aren’t buying cars at the rate that they once were.

The sorts of things I’m thinking of is, wouldn’t it be nice if we had a fast train to Sydney. Now that’s a project that we know is going to cost many billions of dollars, and one of the recent costings was $100 billion if it went all the way to Brisbane. There is a project that has got to pay a lot of salaries and employ a lot of people, and while the skills won’t be identical, many I think would be transferable or re-trainable. While the high speed rail project won’t necessarily be running through Broadmeadows, it might be running reasonably close nearby.

It doesn’t even need to be as closely related as that. Renewable energy projects create a lot of work… Concentrated solar thermal requires more people to build it, more people to run it and nothing to pay for the fuel. Maybe something to do with electric cars, those sort of things would all be suitable to stimulate.

The other thing is, I am not convinced that giving money to industries that have struggled is always the best approach. So I think we need to look at why people don’t want to buy big petrol burning cars anymore. Maybe personal private transport will be heading in a different direction. Maybe there are different, more effective ways of using Government money to achieve these sorts of massive redirections of industry and the economy.

Dean O’Callaghan (Independent associated with Save the Planet Party): I think Ford should have seen the writing on the wall 20 years ago. They refused to engineer more sustainable vehicles which they could have done. I personally know people who advised them to do such a thing. They refused such advice.

They have received government subsidies for far too long, and now that they are going broke I firmly believe that the money that has been invested by the government, our government, should be looked at as a down payment on the entire infrastructure of the business. It should then be run by the government and turned into Australia’s biggest solar powered vehicle production and distribution company. That would guarantee a lot of jobs for a lot of people.

The re-tooling would be quite interesting, I don’t think it would be too difficult. A lot of fitters and turners would be very excited about working on such futuristic vehicles I’m sure. Engineers as well. It is a natural progression.

Margarita Windisch (Socialist Alliance): The Federal Government has poured millions and millions of dollars into the car industry and we never got a guarantee from the big corporations that they would not cut jobs. So we in effect have paid a lot of taxpayers money and jobs are not guaranteed. So I believe we should nationalise Ford and use the existing technology to assist and retool the factory. We could actually use all the technology and resources and the workers to retool for an electric car for our public transport needs, trains, whatever could be done. That would also mean retraining workers.

What the other 4 candidates think

Adrian Trajstman (Sex Party) gave a brief comment “I’d like to see a focus on being able to help these people, if they so choose to, to enter small business, with less red tape surrounding it.”

Anne Dufoulon (Palmer United Party) did not provide me with an answer on this issue. I have been unable to contact the Family First candidate Concetta Giglia.

I have made several requests to interview Liberal candidate Shilpa Hegde, including sending my questions to her campaign manager, with no response.