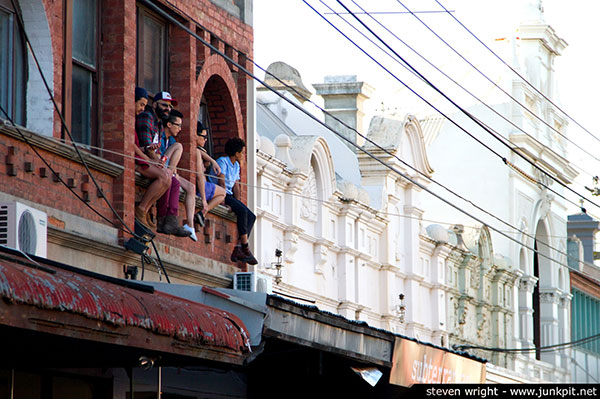 I’ll write about my electorate of Batman, which covers a 66 sq km chunk of Melbourne’s northern suburbs.

The Batman electorate is named after John Batman, a white grazier and businessman who was behind possibly the one and only treaty ever signed in Australia. This ‘treaty’ was made with some of the Wurundjeri people, the Woi-wurrung language group. 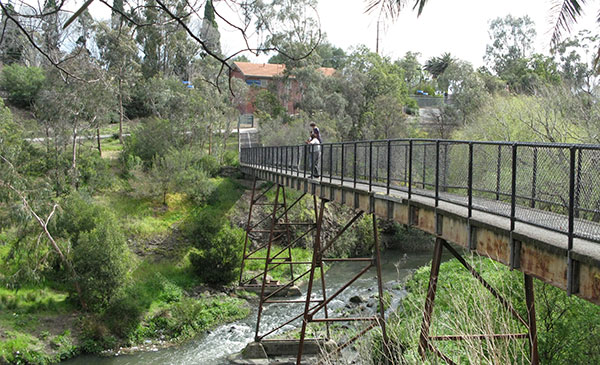 On the 6th of June 1835, Batman met with a group of ngurungaetas, Wurundjeri heads of family, most likely on the banks of Merri Creek (near what is now Rushall station, Northcote) – and a document was signed. Batman claimed ownership of 600,000 acres of grazing land (most of now suburban Melbourne). He promised the Wurundjeri “40 pairs of blankets, 42 tomahawks, 130 knives, 62 pairs scissors, 40 looking glasses, 250 handkerchiefs, 18 shirts, 4 flannel jackets, 4 suits of clothes and 150 lb. of flour”.

Neither group spoke each other’s language, at all. Most likely, the Wurundjeri were merely allowing Batman’s group safe passage through their ancestral lands, with the exchange of gifts and ceremonial dances, or tanderrum, a sign of goodwill in accordance with Kulin Nation custom.

Nonetheless this treaty was a recognition, by Batman, of Wurundjeri ownership of the land he believed he was purchasing. Governor Bourke (who governed NSW and what is now Victoria) was incensed by Batman’s negotiation with the Aboriginal traditional owners. Bourke disallowed the treaty the same year and terra nullius was implemented. Batman insisted on the validity of his treaty until he died of syphilis four years later.

The village of Melbourne was soon established and quickly spread. The consequences for the Wurundjeri people were catastrophic. With other local Aboriginal groups, they went on to survive the most extreme hardships a people can suffer. Their epic struggle, led by Barak and Wonga is documented in Rachel Perkins ‘First Australians’ series, Episode 3.

Wurundjeri hold pride of place as the traditional owners in the electorate of Batman. 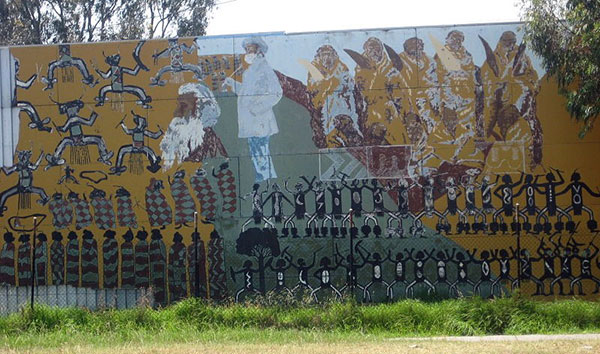 Batman is a wildly varying electorate, culturally and economically. It includes my suburb – multicultural Preston with its huge food market, hipster havens Northcote and Thornbury, well heeled Clifton Hill, Alphington and Fairfield, good ole Reservoir and Kingsbury, plus parts of Coburg North, Bundoora, Thomastown and Macleod. The Yarra River bounds the south, Merri Creek forms most of the western boundary and Darebin Creek forms some of the eastern boundary of Batman. Darebin, the local government council covers the majority of Batman.

The current retiring member is Martin Ferguson who resigned from the ministry after the March 2013 challenge to Julia Gillard’s leadership.

Senator David Feeney is in the Labor Right faction, one of the so-called ‘faceless men’ who helped install Julia Gillard as PM in 2010. In September 2010, Feeney was sworn in as Parliamentary Secretary for Defence and he’s currently in that position under Rudd. Feeney is married to Liberty Sanger, a principal and board member of Maurice Blackburn lawyers and ABC commentator.

The Greens candidate Alex Bhathal came a close second to Martin Ferguson in the 2010 election, with 42{17ac88c265afb328fa89088ab635a2a63864fdefdd7caa0964376053e8ea14b3} of the 2 party preferred votes. The fight will definitely be on between Alex Bhathal and David Feeney, with Labor supporters of Emily’s List conceivably disappointed a female candidate was not put into this usually safe Labor seat, and other left leaning voters possibly turned off by Labor’s latest refugee policy.

I will attempt to interview all the candidates over the next few weeks and also follow any who are on social media.

Only two have twitter accounts so far:
David Feeney is ‪@Feeney4Batman
Alex Bhathal is @alexbhathal