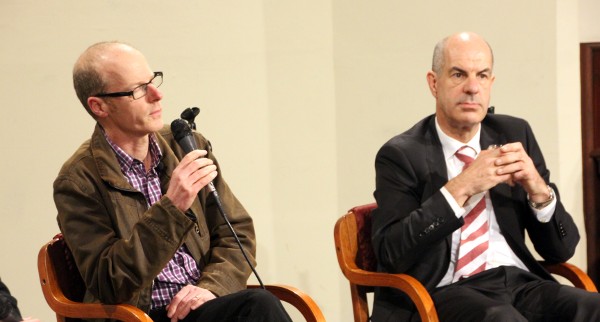 I was recruited by Margo to cover the election in the safe Labor seat of Wills (Seat Profile) in mid July. After writing 21 articles I suspect I have put in far more time and work than some of the candidates.

We are at the point in Wills where the Green vote may overtake the Liberal vote for the first time. The Greens are beginning to challenge Labor.

The campaign was marked by the absence of Liberal candidate Shilpa Hegde from all public forums and interviews. Surely the Liberal Party doesn’t expect people to vote for a candidate who doesn’t even attempt to engage with voters? But there is evidence this absence of Liberal candidates is widespread and designed to prevent faux pas like the embarrassment of Jaymes Diaz in Greenway (Youtube Video).

There are eight candidates standing in Wills. I managed to interview six of them:

I had drawn up an extensive list of questions covering 10 subject areas of local or national significance to ask each candidate. The questions comprised: economic transition and infrastructure issues such as the NBN and transport, education reform, refugees, climate change, biodiversity, taxation reform, welfare, marriage equality, and data privacy.

I spent many late nights hunched over my computer transcribing hours of audio recordings and processing and uploading video. Bring on the NBN.

I also attended the ballot draw at the Declaration of Nominations at the AEC divisional returning office at Glenroy. I actually got to meet Shilpa Hegde and personally asked for an interview. She told me to contact her campaign office … 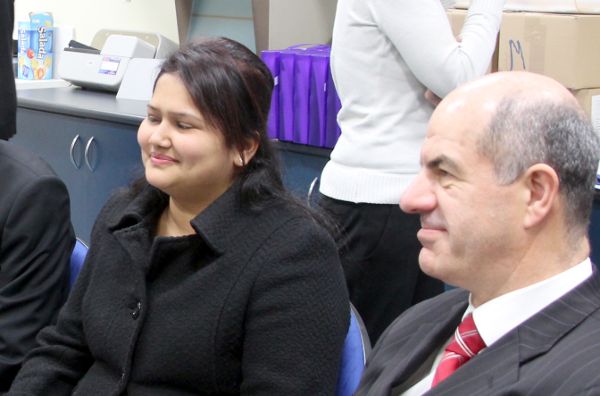 Where’s Shilpa Hegde? I found her at the drawing of the ballot

Three meet-the-candidate forums were held in Wills, each one different in style and content, The first was organised by local climate group Climate Action Moreland on the issue of climate and sustainability.

The second forum was at Coburg Farmers Market and was on food and agriculture policy. Kelvin Thomson, Tim Read and Margarita Windisch responded to a question on the cost of living, energy and food in this video (not included in previous article)

The third and final forum was hosted by Brunswick Uniting Church with issues of marriage equality, climate change and refugees being of prime concern.

Use of Social Media

This election has highlighted use of social media, and the growing importance of campaign Facebook pages and Twitter accounts.

I used YouTube videos to document some of the speeches from campaign launches and candidate forums to supplement my written reports. Adrian Trajstman published a video ad for the Sex Party as part of his campaign – Laying down for what matters (Youtube video) – which has garnered over 21,000 views.

Two of the three forums were live tweeted with Sarah Stokely doing a fine job storifying the third forum.

My reporting on the candidates, events and issues in Wills has been much more in depth than the local media. The Melbourne Times Weekly Review posted online five candidate Q&As plus a few election-related stories.

The Moreland Leader, the primary printed newspaper for much of the electorate, started their coverage in the 19 August issue with a basic article, Wills Candidates to Face off on Coburg, Moreland.

In the 26 August issue they featured an article on marriage equality with a personal interest story – Eyes on Vow for Change – plus quotes from candidates on the issue. 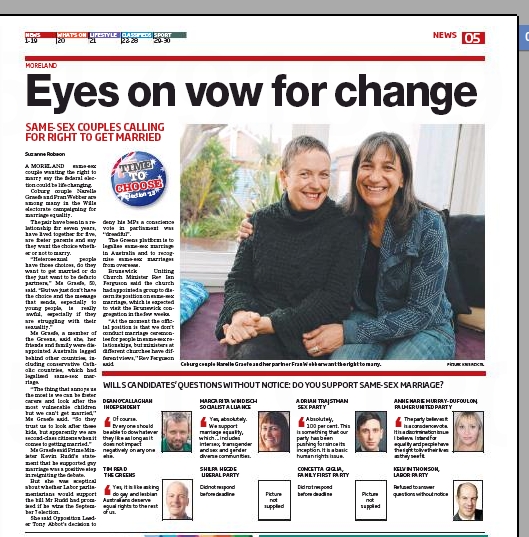 In the September 2nd issue they featured a story on the NBN from an RMIT lecturer with a photo from Sydney Road Community school – NBN flawed but crucial – along with candidates’ responses. 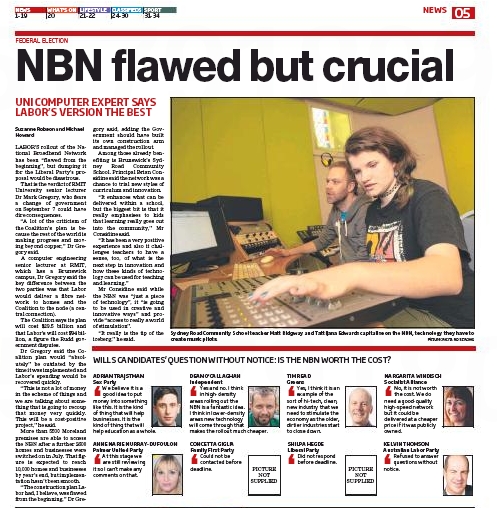 The Moreland Leader did not cover any of the party launch events or any of the candidate forums.

We had one incident where a Crikey news article highlighted that a Labor Party leaflet used endorsements from Moreland Energy Foundation and Australian Conservation Foundation inappropriately. Kelvin Thomson responded that permission had been sought and granted for their use.

Iwould not in a pink fit publish comments from individuals or organisations unless Ihad authority to do so http://t.co/ghvihtxejt #Wills2013

The Australian Conservation Foundation said in a tweet that endorsement should not have been given and was a mistake by one of their staff members and issued an apology to Kelvin Thomson.

Labor’s Kelvin Thomson engaged with his electors on social media and at public forums and around the electorate. He does his job diligently and is a safe bet for election night in Wills. But the Greens Tim Read impressed me with his grasp of policy, vision for Australia, and his passion and humour. He would make an effective member of parliament. He has run an active social media campaign and performed well at all three public forums. I think it likely the Greens will exceed their 20.6{17ac88c265afb328fa89088ab635a2a63864fdefdd7caa0964376053e8ea14b3} Wills vote in 2010 and overtake the Liberals this election. 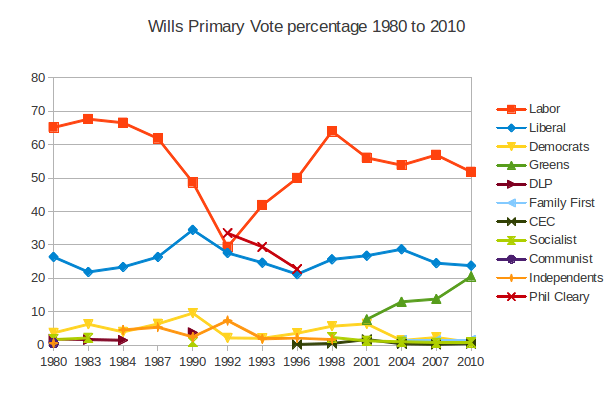 In the end I think I enlivened democracy a little in the People’s Republic of Moreland, illuminating the candidates and the issues. I am looking forward to a rest after election night.

But my job isn’t quite finished yet.

What better way to maintain my issue focus this election and hand out Get Up! Issue scorecards on election day at my local polling booth. I must be a glutton for punishment, but no more so than the active candidates on the election campaign.

Then I might sit back on election night and enjoy that beer that Deano brewed and gave me very early in the campaign (and which I declared at the time). I think I will have well and truly earned it.