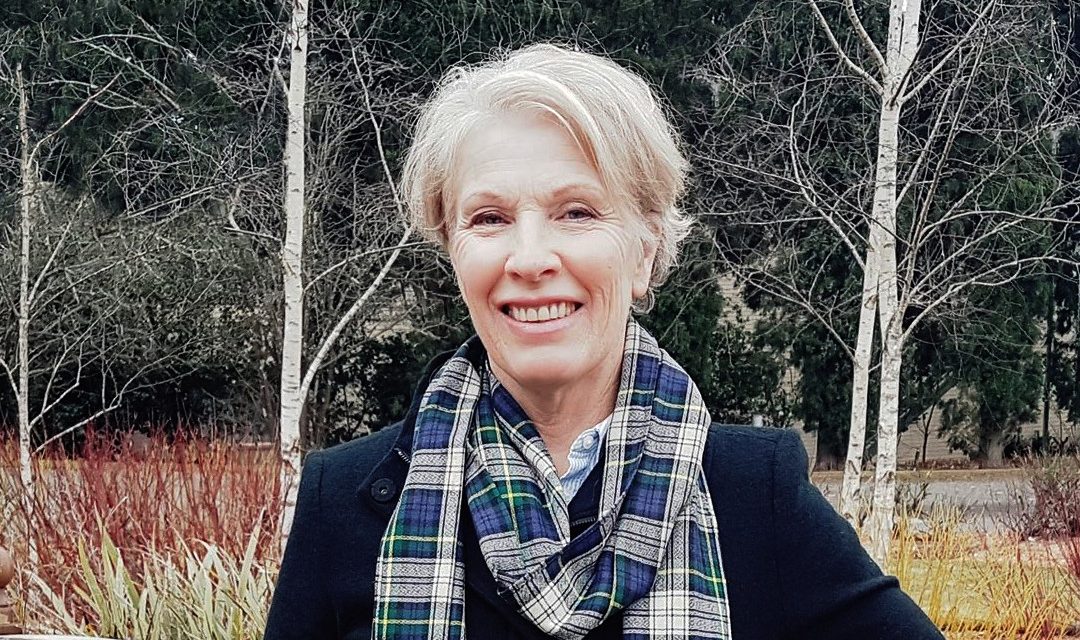 Breakfast at the Paragon Cafe, 1940 Art Deco spectacular, in Goulburn’s Main Street with @dginnivan before the launch of the @of_hume community independent candidate. Photo by our waitress Delia Lang. pic.twitter.com/jT0ds9poUh

3. ‘Uch ’ Perazza drove from Razorback near Picton to Goulburn for the launch of the @of_hume community #Independentsday candidate.

“After 9 years of nothing from the Liberal Party for Hume we need someone who can instigate change for the better.” #HumeVotes pic.twitter.com/20U14tcBJZ

He sowed the seeds for change here with a wonderful pop-up campaign.

“If it was important in 2019 for people to stand up for climate change & integrity it’s essential in 2022.” pic.twitter.com/l0r0y61GIv

7. @julia_zemiro says the #IndependentsDay movement ‘is the community coming together and realising that they have a voice and they need to use it now.’#HumeVotes pic.twitter.com/HdyKNOiPa1

9. Please follow @PennyAckery, the ‘Voices for’ #IndependentsDay candidate for #HumeVotes. Huge seat, she asks who’s from Bundanoon, Maryland, so many little towns. A few missing – Penny says we need to work at that.

“This is about rekindling our democracy.” pic.twitter.com/v9zHd3R8rn

Note: typo in above tweet, should be Marulan not Maryland.

Penny Ackery, the community independent candidate for #HumeVotes giving her Goulburn campaign launch address, highlighting key issues and concerns which the people of Hume have raised. Committing to focussing on them. Strong applause for her courage and conviction pic.twitter.com/t1BByMMbzs

10. @pennyackery: Accountability of our MPs very important to #HumeVotes & a Federal Integrity Commission crucial – big applause. She acknowledges @indigocathy, who introduced FIC bill before she retired in 2019 and handed the matter to @helenhainesindi. @of_hume @VoteAngusOut pic.twitter.com/JZm9XghBkj

11. Never seen this before – #HumeVotes is a campaign of many colours :) Take your pick, it seems – I went for purple. @PennyAckery #IndependentsDay pic.twitter.com/QHbhE3G4jM

In the 250-plus crowd with some lovely people from Boorowa, Goulburn and Gunning.. at the ⁦@PennyAckery⁩ community independent campaign launch in Goulburn. The feeling here for change and responsible representation is palpable.. ⁦@of_hume⁩ #HumeVotes pic.twitter.com/HYYL4M3Yu5

I’m thrilled to be chosen as the community independent candidate for Hume at the 2022 federal election. We can do this! pic.twitter.com/TN0LAOalgF

12. The audience at #HumeVotes is spellbound as @Indigocathy lays down the philosophy of community #IndependentsDay candidates and how it can Hume’s status as a ‘rusted-on” regional seat. And the MAGIC of being on the cross bench to make Govt BETTER. pic.twitter.com/karudMMEA3

‘You need to get yourself into the ‘marginal seat’ category if you want to ‘get things’ for your electorate… As an Independent you are never in Opposition… Huge opportunities for #Hume if @PennyAckery wins.’ #Humevotes #auspol pic.twitter.com/TkZ194K7Td

Young people under 25 need to be mobilized to help elect Independents. They are the invisible voters but if they can be encouraged to help, they can work their magic on social media! #Humevotes #auspol pic.twitter.com/7pPnFfesi8

13. @indigocathy: @pennyackery needs 25,000 people to shift to her – 1 in 4 – up to Penny’s SUPPORTERS to do it. The IGNORED voters are under 25s – please hear them and let them know Penny can be thei t voice if they turn up. Please INVITE them in. #HumeVotes #IndependentsDay pic.twitter.com/A2VwOMygBK

14. Gee it’s nice meeting Tweeps you’ve known for ages but never seen. Hello @SandraEckersley, who’s visiting from the South Coast to lend her support to #IndependentsDay “because it is the only community voice now and independents will play a key role in the next Govt.” pic.twitter.com/QOB5DhtU5L

“We’re heading down the Trump route. I want Govt integrity & action on climate for my grandchildren’s future.” pic.twitter.com/gXac0UvH9w

16. Can’t believe that @simonahac & have never actually met! He was in the audience for the launch of the @of_hume choice for community #IndependentsDay candidate @PennyAckery due to being in the area collecting his daughter. #HumeVotes pic.twitter.com/iBIhUR8F3n

17. @gill_betty & @Agent8610 drove up from Camden in the northern end of #HumeVotes and will rev interest up there for @pennyackerly.

Max: “I’m worried about the place we live in & I’m over the lying by Morrison and Taylor. We need standards again.” #IndependentsDay pic.twitter.com/4PhnuHzoNH

Please follow and support these 3 gutsy women who want to serve, not use. https://t.co/252AZCsrdc

20. The @PennyAckery #HumeVotes campaign has many colours and one logo – Your Community Independent for Hume.

The Huw Kingston vs Angus Taylor debate that never was: @margokingston1 #HumeVotes #podcast