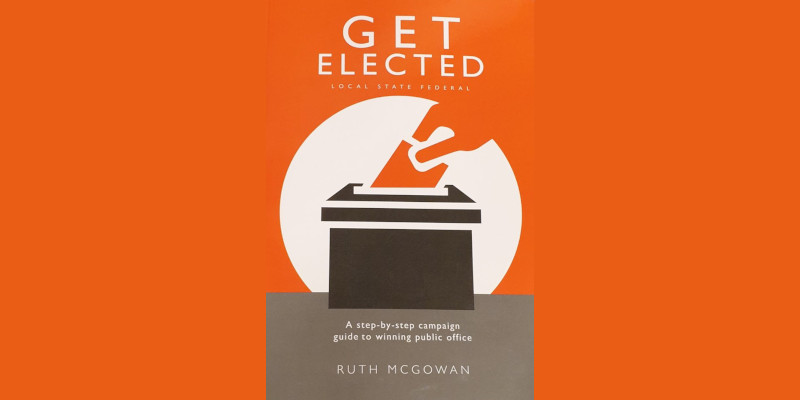 Like the waters of the Murray-Darling Basin, communities run deep in regional and rural Australia. From the Hawkesbury River and the central coast of New South Wales to the Murray River and the valleys and ranges of north east Victoria, people gathered at Parliament House overlooking Canberra’s Lake Burley Griffin to listen to Cathy McGowan’s valedictory speech. Most were from Cathy’s electorate of Indi and were easily identifiable in the signature orange of the popular Independent MP and many of them had boarded buses in the pre-dawn light to make the four-hour trip to Canberra in time. Others had come by car, some from further afield, some from other electorates.

One of the non-orange adorned attendees was David Abrahams (@digitdave) who lives about an hour and a half’s drive north of Sydney on the NSW central coast in the little seaside village of Killcare. To avoid peak hour, and the tradies’ daily commute to construction sites across Sydney, David started out for Canberra at 5am, stopping on the way in Goulburn at the local bakery for a coffee and breakfast.

There I was in the Australian parliament, in the public galleries, surrounded by friends I’d never met.

Hundreds of us packed the public gallery of the house. My friends had travelled for many hours, like me, leaving well before dawn to be here for a special moment in time. The air was starting to become positively charged.

The House of Representatives had few MPs in it, maybe a third were there. A young government MP had the stand, he was retiring as a minister and from parliament. His proud family were in the stalls to witness a rare and humble moment for him, a strident party warrior.

But we were there for someone else. Not a powerful government minister or shadow minister. We were here for the final speech of a woman who has come to represent a new wave in Australian politics.

Cathy McGowan, MP for Indi in Victoria rose to the microphone, she looked up to the gallery and said ‘thank you’.

We all stood up and applauded, more energetically and sincerely than I had ever witnessed in politics, at least for 20 years. The Speaker of the house didn’t even try to quell the heartfelt clapping. It was a wonderful moment.

Ms McGowan took us through her six years in parliament, her community-based campaign, her achievements in delivering for her electorate and the hundreds of people that had come through her office as visitors, volunteers, staff or interns. The metrics were impeccable and remarkable. Remarkable for her choice of focus, not for her own aggrandisement but for the pride and sincerity of what ‘we had achieved’, what her office and the community had achieved for the seat of Indi and for the nation: negotiations for a National Parliamentary Integrity Commission and an Office for Regional Australia. Much needed initiatives.

In closing, Cathy looking toward the gallery and said ‘Don’t get mad, get elected’.

I felt she was speaking directly to me and to the hundreds of citizens around the country wanting to reclaim their councils and parliaments for their communities.

David Abrahams is standing as an independent in the NSW electorate of Robertson. The electorate takes in heavily populated ocean and bay coastlines, a large part of the Hawkesbury River system, mountainous national parks and agricultural valleys. Robertson has been held by Liberal Lucy Wicks since 2013. It is a marginal seat and since 1990 has swung every two elections between Labor and the Liberals. It is due to swing again this election and it would only take a loss of 1.15 per cent to revert back to Labor, a swing smaller than the 1.95pc against the Liberals in 2016.

David credits growing up with the community-driven politics and energy of Don Dunston and later Ted Mack’s call to unity for shaping of his early political views. More recently he has been inspired by the locally democratic, community representative styles of Cathy McGowan and Andrew Wilkie and “in a weird way” also Bob Katter.

“Why did I go to Canberra? Well I’ve been inspired by Cathy, and I had been handed the ‘Voices for Indi‘ materials by a colleague a couple of years ago. I have previously been a part of a local independent policy platform and I am convinced community-based politics is the remedy to the disfunction we see in the political parties today. Cathy had managed to be successful at a federal level and that to me was brilliant. I had also heard that her sister, Ruth McGowan (@hula_grl), was to launch a book, called Get Elected. After the speech I went to that launch, it was a wonderful celebration. Then I turned and drove home. My visit had empowered me.”

Interestingly, Robertson incumbent Lucy Wicks had a 1.15pc primary swing towards her in 2013, albeit a smaller gain than that received by either the Greens or the Labor candidate. In 2013, Independent Lawrie McKinna had received 8.71pc of the vote but had not run in 2016. The increase in the primary vote of the Liberal, Greens and Labor candidates largely reflects the uptake of McKinna’s 2013 vote. It will be interesting see what impact David Abrahams has on this quite volatile political environment, but it is a task he takes seriously and has taken on with a firm grounding in the representation he believes is needed. He is not alone in this as we see many community-grown independents stepping up this election to fill the void of political disillusion prevalent across many electorates.