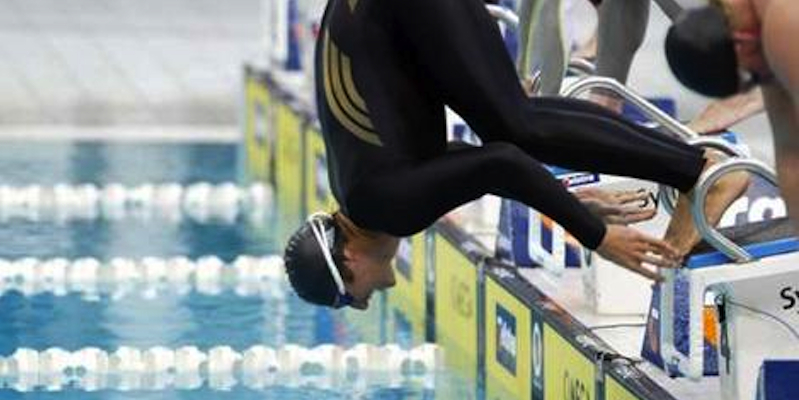 I WASN’T going to write about Ian Thorpe’s coming out. What more can there be to say about this moment in his life, which has huge ramifications for him but should have none for us?

But then I read one article which got me angry, the kind of piece I’d hoped to avoid but which I knew would surface: the ‘Ian Thorpe Lied To Us’ type article.

I also wanted to watch the interview he gave to Michael Parkinson before forming too many thoughts.

The only unexpected moment was when ‘Thorpie’ recalled being asked about his sexuality at the age of 16. Parkinson picked-up on Thorpe’s affront at this and ran with it, creating the sense that 16 was just too young to be asked such a question.

Thorpe then qualified his view: that to ask anyone about their sexuality is unnecessary, but went on to assert that had he not been asked at that young age, he would not have stayed closeted so long.

If it was a nosey journalist who asked him as a 16-year-old, then I agree, it was an affront, but I don’t believe it’s enough to leave this pivotal moment in Australia’s same-sex attracted history at that.

Still feel like Thorpie shouldn’t have been tempted to lie, or are you starting to ‘get’ the self preservation which drove his denial?

Let’s look at the world Ian Thorpe inhabited at ‘Sweet Sixteen’. I don’t mean his swimming career – he was well on the ascendant at that age. I want to illustrate the world for a closeted 16-year-old gay man.

On October 13, 1998, Ian Thorpe’s 16th birthday, the age of consent for gay men was 18. Ever since 1984, when the decriminalisation of homosexual acts between men resulted in an age of consent for straight people and lesbians of 16, the law had remained unequal.

In October 1998, for two men to live together in a de-facto relationship was still a political act. The Property (Relationships) Legislation Amendment Act was not created until the following year, requiring further amendment in 2002, 2008 and 2009 to remove discrimination against same-sex attracted people financially in almost 100 other pieces of state and federal legislation.

There was no form of legal coupling for same-sex attracted people in 1998, a situation which has not altered in NSW, or anywhere in Australia, to the present day.

In 1998, same-sex adoption and surrogacy were illegal and would remain so until 2010.

In 1998, any person who decided to bash, abuse or kill a gay person in NSW would have had the ‘Gay Panic’ defence at their disposal.

This is the most recent piece of law reform for LGBTQI people in NSW, having been abolished in May this year. In Queensland and South Australia, ‘Gay Panic’ is still a legal form of defence.

We know that Thorpie didn’t limit himself to swim-meets on home soil – he competed in places where widespread marginalisation of same-sex attracted people was and remains common, including Japan and Greece.

But the most dangerous destination Thorpe travelled to in his 16th year was Malaysia, where he won four gold medals at the Kuala Lumpur Commonwealth Games, but risked deportation, prison terms, fines and public whippings if he had acted on his same-sex attraction whilst in that Muslim country.

There was some good news for the millions of HIV/AIDS patients in 1998 – many of them were returning to work, despite the often crippling side effects of anti-retroviral drugs. No longer the short-term death sentence it had been, there were enormous question marks over the long-term effects and efficacy of combination therapies on the epidemic. Survival time after contracting HIV was simply unknown. 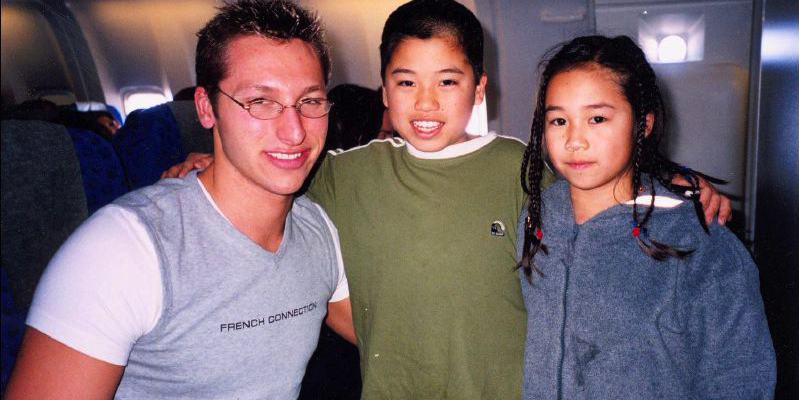 So, asking the 16-year-old Ian Thorpe if he was gay was tantamount to asking him if he was attracted to the proposition of engaging in illegal sex which could never result in a legally recognised relationship with no hope of creating a family unit, including children.

If Thorpie had said yes to the sex, but found himself the victim of homophobic attack, his attacker would likely have gotten off or received a lesser sentence. There was also the fear of contracting HIV/AIDS in the mix.

Is this an attractive proposition, or one which even you, in Thorpie’s position, might deny?

Another young man said yes to the sex a week before Thorpie’s 16th birthday. His name was Matthew Shepard.

Taking into account the time difference between the US state of Wyoming (where Shepard was bashed and left to die on a barbed wire fence by a pair of homophobes, later dying of his wounds), and NSW (where the Thorpe family celebrated Ian’s 16th birthday), the two events would have occurred at about the same point in time.

Sexual acts between men had been legal in Wyoming since 1977, and Shepard was over the age of consent at the time of his death. He had it better legally than Thorpie, but Matthew Shepard still ended-up suffering and dying as a result of his sexuality.

Still feel like Thorpie shouldn’t have been tempted to lie, or are you starting to ‘get’ the self preservation which drove his denial?

Laws do not change everyone’s behaviour, of course, but consider the impact of legislation on one of Australia’s highest-profile gay men – Justice Michael Kirby – who did not come out publicly until he was 60 years of age, during the same year as the The Property (Relationships) Legislation Amendment Act NSW (1999). 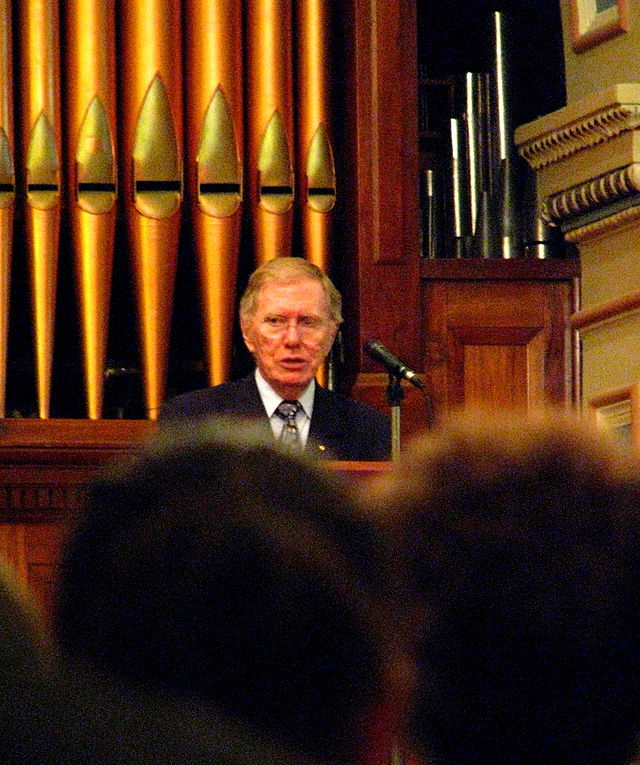 Kirby had lived with his de-facto spouse Johan van Vloten for thirty years prior, during part of which time they hid their relationship from family, friends and colleagues. Kirby came out by simply listing his partner in Who’s Who once their cohabitation and all its rights and responsibilities were legally protected.

Then there are the ‘unofficial laws’ which encourage same-sex attracted people to remain in the closet – ‘The Laws of Nature’ – as hard for young people to argue against as invisible faith, yet so often cited by homophobes, and so powerful they kept generations of lesbian women closeted in places where there were never laws against homosexual acts between women, and still impact on gay people everywhere.

This issue clearly goes beyond legislation, but could Kirby have risen so far in his profession without being closeted? Could Thorpe? Those of the ‘They Lied To Us’ team could do with answering such questions. Thorpe’s query to Australia last night challenged us to consider how much we wanted and needed him to lie.

Ever since seeing Ian Thorpe interviewed during the Sydney 2000 Summer Olympics, I have known he was same-sex attracted. It was simply his demeanour, the same way of patting his solar plexus with a bent wrist as I do when using myself to illustrate a point.

It’s a subtle but giveaway gesticulation.

Whenever I witnessed people speculating about Thorpe’s orientation, I challenged their determination to claim him for ‘their team’, because a team is what a male Australian sports legend must declare a position on: he is never his own man, his countrymen feel like they own him.

By the mid-2000s it became painful to watch Thorpe’s slow-motion train wreck, without being able to do, say or write anything to help in the journey every out same-sex attracted person must endure.

Some journalists reached out to him. One open letter by founding editor of DNA magazine Andrew Creagh stood out for me. It was assertive enough to get to the truth, and empathetic enough to express what was needed despite Ian Thorpe’s closeted situation.

A journalist who asks a 16-year-old swimming star of either gender whether they are straight or gay should rightly come away looking like an idiot, not only because it’s a dumb question, but also because these days a 16-year-old (gay, straight or anything else) is considered a self-determining adult as far as sexual orientation is concerned.

Same-sex-attracted 16-year-old boys were not considered adults prior to 2003, we were considered a danger to ourselves who needed ‘protection’ from wand-waving homosexuals trying to recruit us onto the ‘wrong’ team.

Such fantasies are laughable now, but in their day they were nails in the closet door.

Congratulations and best wishes to Ian Thorpe. His coming-out is a far greater achievement than any gold medal. It’s a life-changing validation for teenagers batting for the same team, and their families; and it means that when he manifests the relationship and new career last night’s interview hinted at, at least he won’t have to come out again and again.