In Corangamite 386 voters could have elected PM Abbott: @PrimMich reports 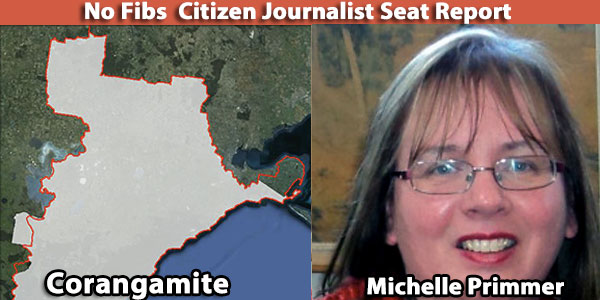 I am in my mid 40s and work part time as an accountant, but will shortly be leaving my employment and hope to commence a Graduate Diploma of Teaching at Deakin University. By this time next year I hope to be a teacher.

I have been married for almost 16 years and have three children aged 14, 12 and 9 – two in the local primary school and one in the local high school. We live in the suburbs of Geelong. My workplace is a 10-minute drive from home and my husband commutes on the train to Melbourne. The kids are involved in lots of activities which draw on my services as ‘Mum’s taxi’.

In 1987 I was completing my HSC and one of my subjects was Australian Politics.  I developed a keen interest in the subject and our class was thrilled when Prime Minister Bob Hawke called a double dissolution federal election for that year.

I was 18, so this was my first opportunity to vote. I had memories as a child of waiting in the car while my parents went into the local primary school hall to vote and I was very excited to finally have my own chance to have a say.

You’d think I would remember who I voted for but I can’t. Google tells me that Attorney General Michael Duffy (ALP) was my local member of Holt. I was to vote in this safe Labor seat for the next two federal elections.

In 1994 I moved to Geelong and into the safe Liberal seat of Corangamite. Much of the electorate captured southwestern country areas such as Colac and Winchelsea, seaside towns of Lorne, and some of the Geelong suburbs Belmont, Highton and Grovedale.  After having been in a safe ALP seat and now a safe Liberal seat, I longed for my vote to have impact.

In 2007, when Darren Cheeseman came from nowhere on the wave of Kevin07 and the sense that Howard’s time was up, I was excited that my vote counted and that the seat could fall either way. Our safe Liberal seat threw up a shock result, and long-time Liberal MP Stewart McArthur lost his seat after serving from 1984 to 2007.

In 2010 the margin in Corangamite was even closer, leading to it becoming the most marginal seat in the country. I clicked refresh on the AEC website so frequently as votes were counted, and truly felt my vote was important. It was the last seat declared in the election. Darren Cheeseman won the seat by 771 votes after preferences, 47,235 to 46,464. If 386 people had voted differently the seat would not have been his. As we now know, the 2010 election resulted in a hung Parliament. Three hundred and eighty six people in my electorate could have brought about a different result, a different parliament, and life as we know it now could have been markedly different.

In 2013 the two major parties have the same candidates as in 2010, Darren Cheeseman and Sarah Henderson for the Liberal Party. Both have been letterbox dropping for months now. Sarah Henderson was preselected some time ago and has had an office in place for some time in busy High St, Belmont. 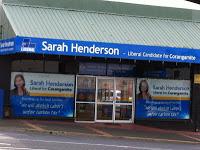 Darren Cheeseman’s office is located in Waurn Ponds near the junction of the Geelong Bypass and Princes Hwy. 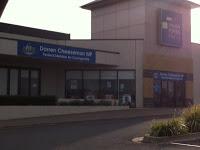 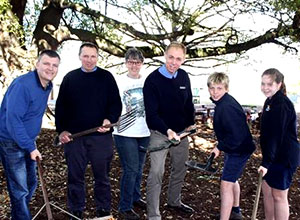 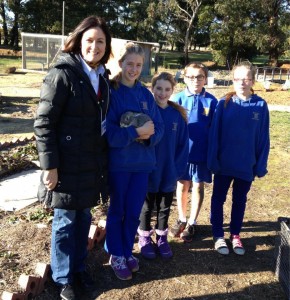 The Greens candidate is Lloyd Davies.  I have not been aware of his campaign or presence in the electorate (ie no junk mail) and found his name on the AEC website of declared candidates. I then found his Facebook page and saw he was posting his photo ops too. I am not aware of a Twitter presence. 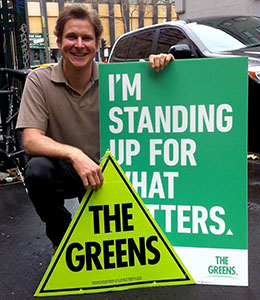 The Palmer United Party website shows Buddy Rojek is the candidate. There is a photo and email address to contact him.

Katter’s Australian Party does not have a candidate identified on their website.

I expect some independents to emerge too.

I would like to speak to the candidates and will also speak with some residents in Corangamite to discuss the issues that are important to them and the factors that will influence their vote.

The Division of Corangamite is located in southwestern Victoria. It covers an area of 7,624 sq km with spectacular coastline, scenic rainforest, magnificent beaches and rolling plains. The localities of Anglesea, Apollo Bay, Colac, Inverleigh, Lorne, Torquay and Winchelsea and parts of the Greater City of Geelong (Barwon Heads, Belmont, Grovedale, Highton, Ocean Grove) are located in this division. The division of Corangamite is bordered by the divisions of Wannon to the west, Ballarat to the north and Corio to the east.

Named after Lake Corangamite. The name of the lake originated from the Aboriginal word for ‘bitter’, describing the salt content of the lake