Mirabella in front, but McGowan claims support from all camps: @jansant #Indivotes update 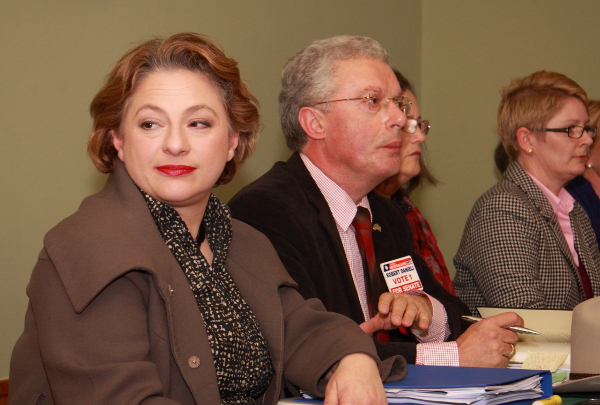 The contest for Indi hit the national media this week with a hint of friction in Liberal-National coalition ranks, as reports emerged of National Party members being involved in independent Cathy McGowan’s push to unseat the Liberals’ Sophie Mirabella.

“I’m getting support right across the political spectrum in Indi,” McGowan told No Fibs on Thursday, on the question of Nats members getting behind her.

The Border Mail reported on Saturday “even some Liberals are backing her to oust Sophie Mirabella”.

@bordermail No deals made at all, but our recommendations are in! #indivotes

McGowan was filming a TV commercial yesterday to counter the barrage put to air by Mirabella. Blogger Andrew Elder wrote last Sunday that “It’s crazy that the Victorian Liberals have to divert resources away from La Trobe or Dunkley in order to sandbag Indi”.

At the candidates forum in Mansfield, Sophie Mirabella told voters told voters that “the health department does not employ a single nurse or doctor”. The Department of Health and Ageing in fact employs approximately 57 medical officers: source 2011-2012 Annual Report. No Fibs contacted Sophie via Twitter and email for comment, but so far she has declined.

In her first tweet since July 28, Mirabella tweeted on Friday a $5 million commitment by the coalition to fund a cardiac lab at the Albury Wodonga hospital. Robyn Walsh announced the previous day the ALP would fund a new Trade Training Centre at Victory Lutheran College.

I was thrilled to announce a $5 million commitment to fund a cardiac lab at the Albury Wodonga hospital today. http://t.co/SucuUwzc34

Proud to be able to announce that Labor will be funding a new Trade Training Centre at Victory Lutheran College. #indivotes

In a first for Indi, Natalie Kotsios (@NatalieKotsios) of the Border Mail and local Tom Anderson (@TomAnderson62) life tweeted from the candidates’ forum at St Stevens Uniting Church, Wodonga. Tom reported the event for No Fibs and Natalie wrote a piece about the night for the Border Mail.Me & Sophie Mirabella at #indivotes forum tonight pic.twitter.com/uIHhiqZmT9