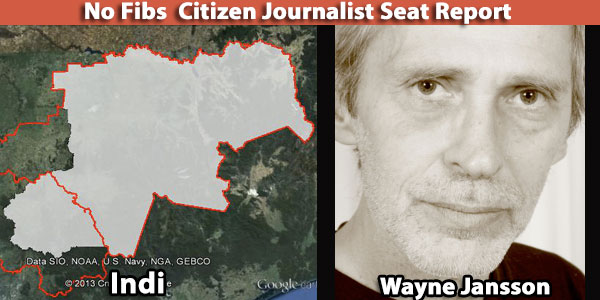 The seat of Indi has long been considered a safe conservative seat – apart from four occasions it’s been held by Coalition parties and their predecessors. Located in North East Victoria, its boundary runs along the Murray River and inland to include Wodonga, Wangaratta, Towong, Mansfield, Murrindindi, Indigo, Benalla and Alpine council areas, and a part of the Moira council area.

These could be interesting times for Sophie Mirabella, the current member, as there are some quality candidates lined up to run for the seat. The local Wangaratta Chronicle ran a story indicating the other candidates were working together to oust Mirabella, but I saw no evidence of this. In fact given most of their answers to one question I asked them, I’d say this is completely untrue. However, most expressed a deep dissatisfaction at how Mirabella represents the people of Indi.

The Liberals hold the seat with quite a large margin, but with the quality of the candidates running and a growing feeling of discontent with the incumbent this margin could be slashed, or perhaps worse.

Feel free to contribute in the comments section at the bottom or on twitter.