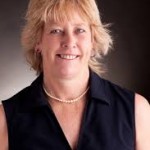 What is your vision for Forde?

People are as much the solution as the problem.

The people of Forde or anywhere else in Australia must first identify with being human; what is the difference between mankind and an animal?

We can and must use it to make the discoveries and apply it to technology, change the world to make it better for future generations; because we can and no animal can.

Real joy or happiness is doing just this! It means that leadership from the top down, a government of, by and for the people must have a vision and do in big deeds, for the nation as a whole, that which inspires young people to make their life worth living.

If we use the economic system that promotes the general welfare of people (that means dump the Financial Empire’s globalization & free-trade and go with the post WW2 to 1971 Protectionist system), then the government will be free from bailing out or bailing-in the dead system and invest instead into Nation Building: Schools, Hospitals, Dams, Magnetic Levitation trains, Nuclear Power, Ship building, Manufacturing, Space industry!

People will be able to gain full-time, meaningful, well-paid, skilled work and support their families again as we once could.

Specifically in Forde, as the rest of Australia is opened up with water projects, a high-speed ring rail going through our agriculture areas and linking cities, creating new farms and factories, what do you think will happen?

People will suddenly realize their opportunities and dreams and develop themselves into the beautiful person they were destined to be.

What do you see as the most important issues for the people of Forde?

Most people want to do honest work but the ability to find it and then get fair pay is dwindling under the GFC. Poverty breeds crime, violence, ill health, drug abuse, suicide and social dislocation. Under the old free-trade, slave labour monetary system, people all over the world face the same economic pressures and a lot of them end up here, in Forde, escaping somewhere worse. We have the unity of what makes us human to fight for our god given human rights, we are all equal. Survival of the fittest is for beasts: we must change that system using the 1933 Glass-Steagall bank separation Act to end the bankers fascist austerity, like FDR did, and create a national bank like the Commonwealth Bank used to be (before it was privatized in 1983).

So I am leading the way in Forde and good people should support that, not just with a vote but join the campaign post election; your life depends on it!

What’s most important to you personally?

That I fulfill my responsibility, to educate and develop myself in Statescraft, as US physical economist Lyndon LaRouche has been a brilliant example of.

It’s too easy to blame someone else for what they are not doing; Ask yourself

“What can I do?” But I can’t do it alone. To revive the passion and optimism within our society that I know exists, to take our country back from the “Economic Royalist’s” as John Curtin called them, and like he, put my life on the line to defend it; that’s what I am doing.

Why are you the person to deliver?

I hate liars and racists. If there was someone I thought was better than me I would step aside but I have demonstrated over the last 14 years of being in the CEC that I have a commitment for truth and justice and I’ve not shunned when the going got very tough, and it’s going to get tougher. I’ve become a much better person since I took up the fight and my family has had to pay. I’ll not give up.

What will change if you are elected?

I will need all the people of Forde who voted for me to come with me to Canberra and, (to paraphrase Charles Harpur: Australia’s first Republican poet), “… hold aloft their heart’s long-trusted banner, and the day, if we do but get through it, is ours!”

For a start I will not sign allegiance to the Queen and therefore all hell will break loose!

What will stay the same?

Nothing; the universe is creative and developing to higher complexity of organization and so must we. Percy B. Shelly put it uniquely to end his poem Mutability: “Man’s yesterday may ne’er be like his morrow; Nought may endure but Mutability.”

In order to deliver on your vision – what hard realities must the people of Forde face?

That we, mankind, faces an existential crisis and even if it sounds impossible we must do it! To “Rise, like Lions after slumber, in unvanquishable number! Shake your chains to earth like due Which during sleep has fallen on you! Ye are many – they are few!” (Percy Shelly’s Mask of Anarchy).

What can you offer that the other candidates cannot?

As a registered political party of 25 years and always telling the truth we have never compromised our principles. We have a non-negotiable fighting platform which puts people first. We have to have a 2nd American Revolution against the British Empire, this time an intellectual one. The CEC leads the fight in Australia.

It’s no wonder you have never heard of us!

How will you deliver on your vision depending on the outcome of the election?

The CEC in 1995 published a pamphlet: “Sovereign Australia 1 & 2” and it contained the legislation for a new National Credit System, which is ready to enact now, to fund the grand infrastructure projects to develop Australia. It is contained in our 2001 book “What Australia Must Do to Survive the Depression”.

So there is now excuse; all we need is the political will from the Australian population to enforce it through them ballot and to continue the fight to keep it.