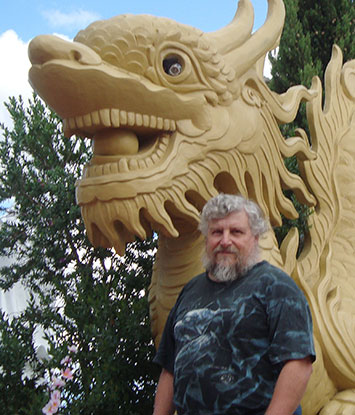 I am a 58 year old environmentalist and citizen journalist who has worked in web design and web content administration for the last 17 years, the last 4 years at the Northern Melbourne Institute of TAFE. I am also a single parent with the responsibility for the majority parenting of my teenage daughter who is attending a local public high school. I have two older step-children who are making their own way in the world, and one grandchild. In between working and parenting I enjoy researching and writing a wide range of articles which I contribute to my own blogs, citizen journalist sites, and Wikipedia.

Although decidedly leaning to the green and left side of electoral politics in my views, the last time I was a member of a political party was in 1975 when I resigned from the Australia Party, a small political party that never achieved electoral success but was a precursor to both the Democrats and the Greens. I am an issue based activist and draw upon a healthy cynicism and scepticism of all politicians and political parties: Liberal, National, Labor, Green, or Independent.

I have extensive experience in citizen journalism spanning the last 15 years. With my skills as a web designer and fueled by the political conspiracy to eliminate the power of the Maritime Union of Australia in 1997, I established a campaigning website called ‘Takver’s Soapbox – War on the Wharfies‘ which documented the conspiracy and the community campaign in support of the union in the 1998 maritime dispute, including first hand written and photographic reports from East Swanston Dock. This site has now been archived as part of the National Library Pandora project.

The grassroots citizen journalism site Indymedia, one of the first open publishing news sites in the world, was established at the 1999 WTO meeting in Seattle. It allowed people from the street to upload their stories of protest, action and reflection. When similar sites were established in Australia the following year I became a contributor documenting local protests, meetings on social issues, and writing investigative articles. I documented the many peace and anti-war protests in Melbourne during 2003 leading up to and during the invasion of Iraq. (See Indymedia Australia)

I have documented public protests and events through photography going back to Gay Pride Week in Sydney in 1973. My more recent photo-journalism has been shared on my Flickr site, using a creative commons license for my photos. Individual images have been reproduced in a number of books and on The Conversation, National Geographic, Australian Geographic, Science, Nature , UNEP, Climate Commission and several other international and Australian news and organisational websites.

I have always had a strong social and environmental focus and over the last 9 years climate change science, climate policy and climate protest has become an increasingly important and primary focus of my work as a citizen journalist and blogger at my Climate Citizen blog.

I am involved in various Moreland based community groups including Sustainable Fawkner where I blog on local and sustainability issues, Climate Action Moreland and Moreland Bicycle Users Group. I am also a member of Friends of the Earth, off and on, since 1976 and wrote the contribution on the Rides Against Uranium in the 1970s for the Friends of the Earth Australia book to mark the 30 year anniversary of FoE – 30 Years of Creative Resistance. My twitter handle is @takvera.