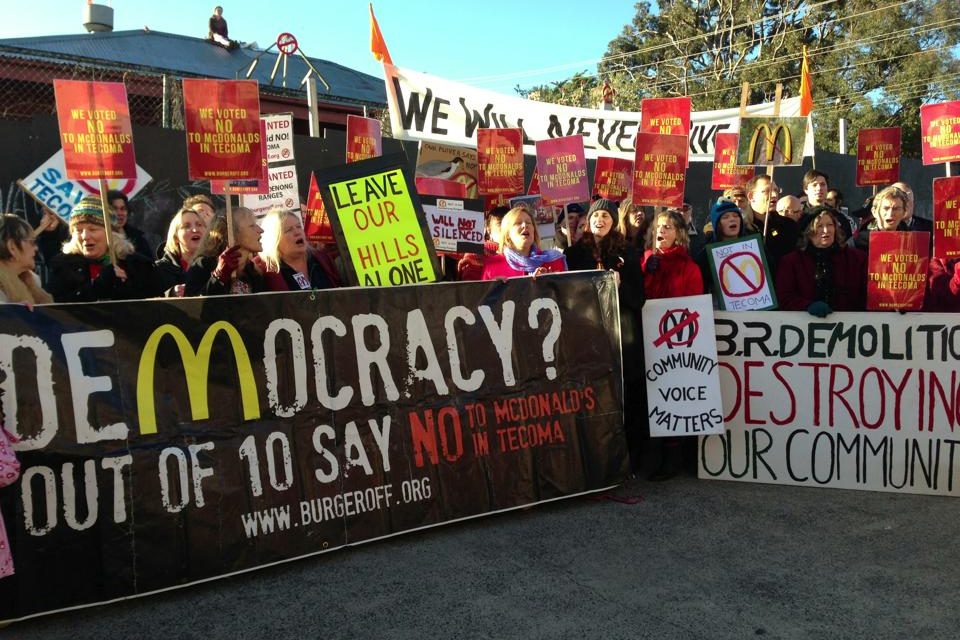 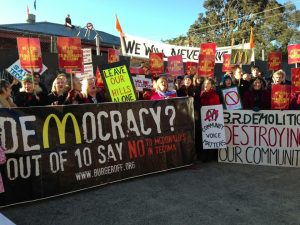 Residents of Tecoma, a small township in the La Trobe electorate, believe they have won the support of all local federal election candidates in their campaign to stop the building of a McDonald’s restaurant.

The fierce two-year battle in the electorate’s eastern foothills is far from over with protests ongoing, court cases looming and social media playing a big part.

In 2011 the development was rejected by the Yarra Ranges Council, but the fast food giant successfully appealed the decision before the Victorian Civil Appeals Tribunal (VCAT) in 2012.

Since then protesters have picketed the site and in one incident eight people, since dubbed the Tecoma8, were arrested and charged for occupying the roof of an old dairy building which had been slated for demolition.

No McDonald’s in the Dandenong Ranges spokesperson Gary Muratore told No Fibs he would be very surprised if any of the candidates were in favour of the development.

“The only ones to approach us directly were Labor, but they said it was a state issue. We assume The Greens support us, because Samantha Dunn is the local Greens councillor. But we’ve had no official statement from them.”

Mr Muratore said Liberal candidate and former MP Jason Wood had not given the group a definitive statement.

“You can’t pin him down on a stance. He has been quite wishy-washy on the issue. “

Mr Wood, however, told No Fibs that he did not support the development. 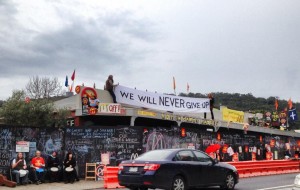 No Fibs contacted all of La Trobe’s candidates for their official response.

“ I think that the VCAT decision on McDonald’s at Tecoma was a poor decision. I think that it  was unrepresentative of the views of the broader community about a development that is inconsistent with residents’ expectations and wishes for the local area.

“I was also disappointed that council didn’t feel that it could appeal the decision further.”

She added that VCAT was intended to be always a forum through which people  who may not be able to afford legal representation could have their say on matters affecting them – and be heard.

Liberal candidate and former La Trobe MP Jason Wood told No Fibs he believed the McDonald’s did not suit the character of the Dandenong Ranges.

He also said in a letter posted on the No Maccas in the Hills Facebook page that as a long-time local, “I was an opponent when McDonald’s first tried to open in Belgrave about 25 years ago.

Mr Woods said like many he was not happy with the VCAT decision and had taken the concerns to the state government.

“I have also offered to negotiate with McDonald’s Corporation in an effort to have the civil action against protestors withdrawn.”

The Greens’ Michael Schilling said McDonald’s was an inappropriate development in the Dandenong Ranges.

“I’ve visited the site to hear the protester’s views on it and to give them moral support. I’ve also supported the campaign via social media.”

“My full-time gig is to host a fishing show called Fishin Trip. One of my favourite destinations is Port Douglas. They were lucky not to get a McDonald’s in their main street, for obvious reasons.

“They didn’t want hoons at midnight and rubbish blowing down the main street. There’s still fish and chips shops there.”

“I want to see healthy local economies develop in the LaTrobe electorate which are built on small businesses and will promote buy-local campaigns.”

She said once McDonald’s was in Tecoma, many other big companies would follow.

Rise Up Australia Party’s Kevin Seaman did not respond to an email request for comment. 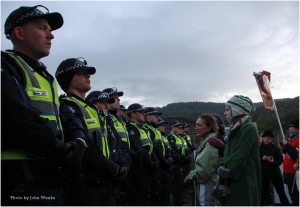