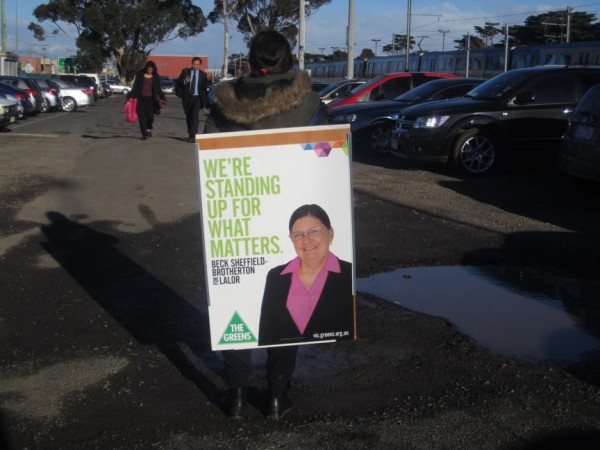 The journey is almost over, and my mission to better understand Lalor candidates has proven to be mission impossible. I naively believed the candidates would be keen to answer questions from any local.

My first plan of attack was to ask our retiring MP, former prime minister Julia Gillard if she would write a small piece on why I should vote for the ALP, considering recent events. Stage two would be to interview the new Labor candidate.

However, this approach was sunk when Julia Gillard’s office ignored my email. I rang her office and was politely, but firmly, told she was not doing any interviews. My next step was to send emails to the ALP, LNP, Greens and independent candidates requesting meetings.

The only response was from Beck Sheffield-Brotherton, the Greens candidate. She was unable to find time for a meeting but was willing to answer questions via email. The silence from the other candidates was deafening, prompting me to write back explaining I understood they were busy and would be happy if they could answer half a dozen questions via email. A week later, I had an answer from the Greens, and nothing, not even an acknowledgment, from the ALP,  LNP or, surprisingly, the independent.

These are the joys of living in one of the safest seats for any party. The sitting member retires, then disappears, her replacement within the party is so assured of victory she can afford to ignore genuine enquiries from a constituent. Her rivals, apart from one, are also so convinced of her victory that they too ignore a constituent.

I would like to thank Beck Sheffield-Brotherton for responding to my emails with genuine interest and honesty. Her answer to my question regarding the issues facing Lalor hit the nail on the head. As a local for 25 years, Beck has managed to convince this lifetime ALP voter to change.

Question: What do you consider the two most important issues affecting Lalor?

Answer: Lack of infrastructure, particularly lack of public transport and lack of funding to maintain and improve local and arterial roads. The lack of local employment opportunities, which means that Lalor is essentially a commuter electorate where many people have to travel out of the electorate to work on clogged roads and overcrowded public transport, thus exacerbating that problem.