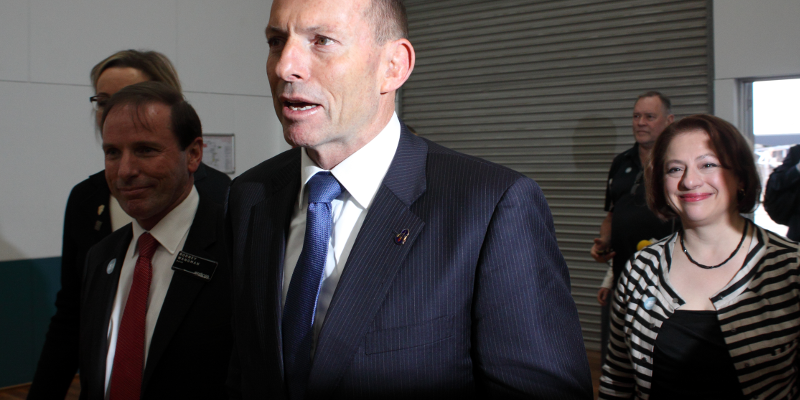 Sophie Mirabella (@MirabellaSophie) and Prime Minister Tony Abbott (@TonyAbbottMHR) have been accused of “playground politics” during the Spirit Of Anzac launch in Wodonga on Friday, by snubbing “people’s choice” independent, Cathy McGowan MP (@IndigoCathy) and using the event to promote their party for the next federal election.

respect for the people’s decision got a bit of a whack in Wodonga on Friday………as the people’s choice, the current member for Indi deserved a bit more respect during the official proceedings.

McGowan, who the people of Indi elected as their representative at the 2013 federal election, was left out of the official party: forced to sit in the audience and watch on as Minister for Health Sussan Ley (@sussanley), from the neighbouring electorate of Farrer addressed the gathering. 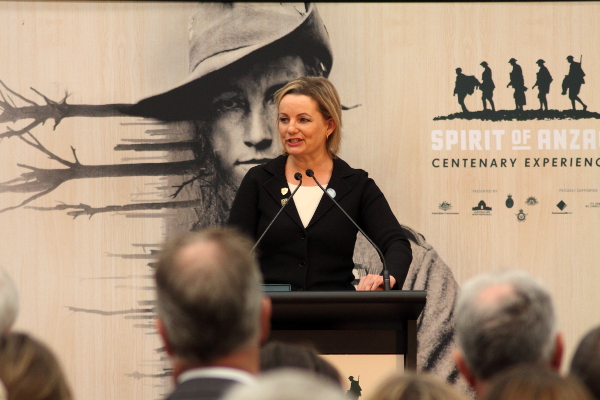 Mirabella shadowed the Prime Minister during the event ensuring not a single photo opportunity was lost, while McGowan chatted with those attending. 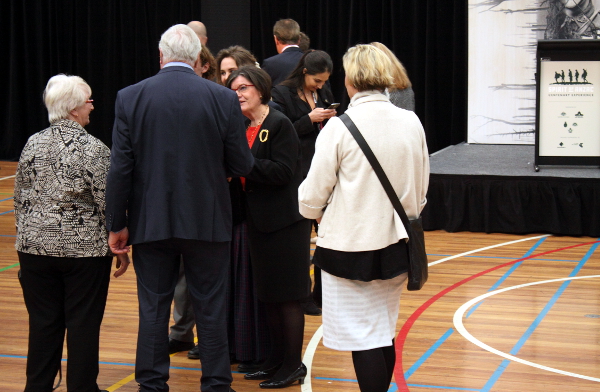 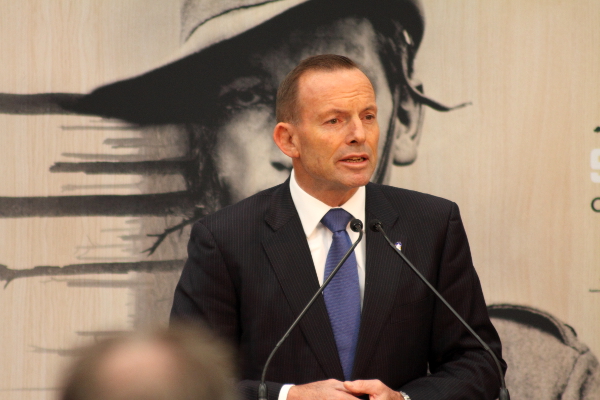 The Spirit of Anzac exhibition will tour the country, its final destination is Sydney in 2017.

Members of the army band relax before the official party take the stage to open the Spirit of Anzac exhibition. Photo: Wayne Jansson

No Fibs was refused entry to Abbott’s media conference after the event, where he wouldn’t guarantee Mirabella a spot on the front bench if the Liberals win the next election, and she can win back Indi from McGowan.

The Liberal Party have started the new Indi election campaign in the same way they ended the last one, excluding No Fibs, one of only 2 sources of in-depth local coverage in 2013.

During the 2013 election campaign, Mirabella forcefully promoted the idea she was the best person to represent Indi, because in an Abbott government, only she would ‘have a seat at the Cabinet table’. She also refused to talk with No Fibs and asked The Border Mail to remove a journalist from their election coverage, arguing the reporter had a bias against her.

McGowan told No Fibs she hoped to discuss crippling youth unemployment in the electorate with Abbott during his visit to Indi, but will instead address the issue with Minister for Small Business Bruce Bilson, and Minister for Employment Eric Abetz (@SenatorAbetz), when Parliament resumes next week: she wants to develop a long-term sustainable regional strategy to tackle the problem in Indi.

After his media conference, Abbott attended the The Albury Club for lunch, where he was met by a small but vocal group of protesters made up of refugee advocates, environmentalists, and unionists. 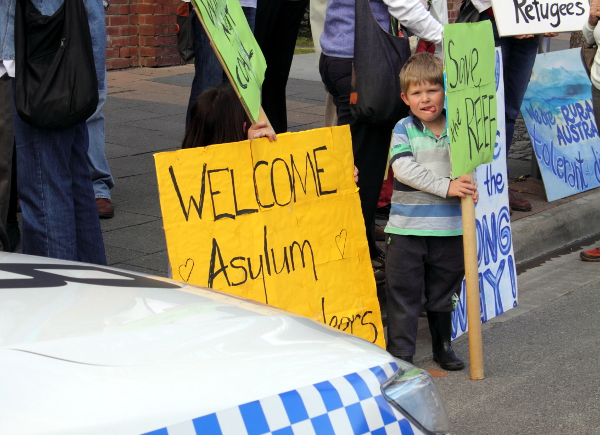 A young boy urges Tony Abbott to “save the reef”. Photo: Wayne Jansson 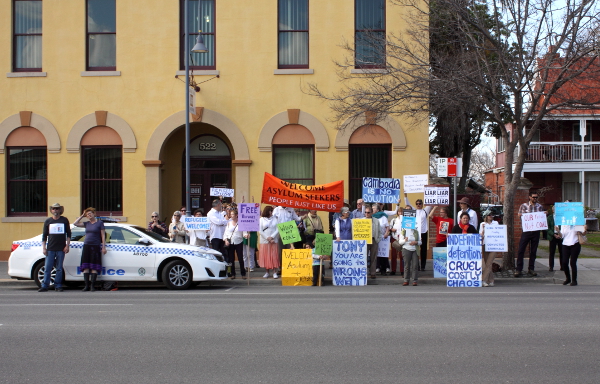 Protesters outside The Albury Club during Abbott’s visit to the region. Photo: Wayne Jansson

The Greens Jenny O’Connor (@JennyJenocon), who attended the protest with the Beechworth Refugee and Asylum Seeker Support Group (BRASS), told No Fibs they were calling for the closure of offshore detention, faster processing of refugees and to get kids out of detention.

BRASS is affiliated with Rural Australians for Refugees, both groups draw members from across the political and community spectrum. 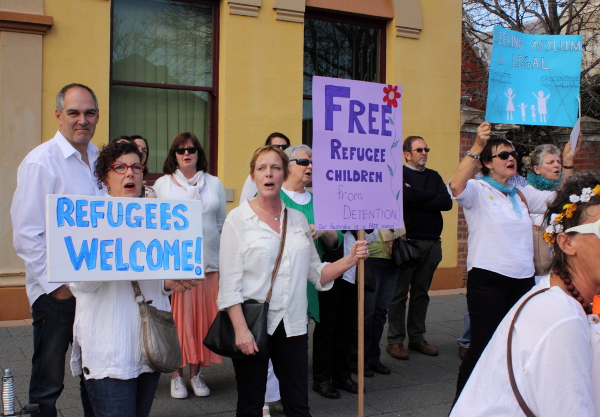 The Greens Jenny O’Connor joins the call for refugee children to be removed from detention. Photo: Wayne Jansson

Unionists were protesting a range of issues, one described as “Work Choices” by stealth, and included the threat to local jobs by the China Free Trade Agreement, the attack on unions by the Trade Union Royal Commission, changes to domestic shipping laws which will decimate the local industry, and the “ongoing attack” on penalties.

Abbott waved and a smiled at the people protesting against his policies as he left The Albury Club. 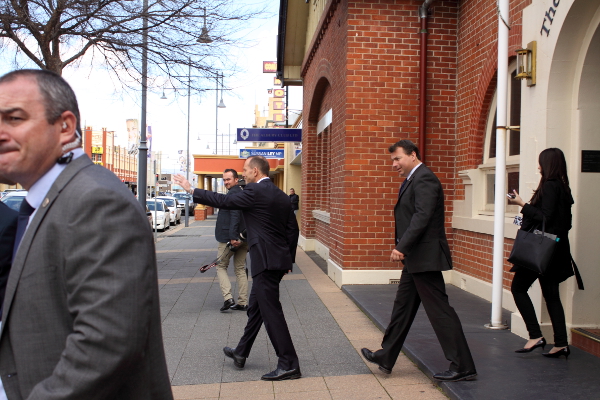